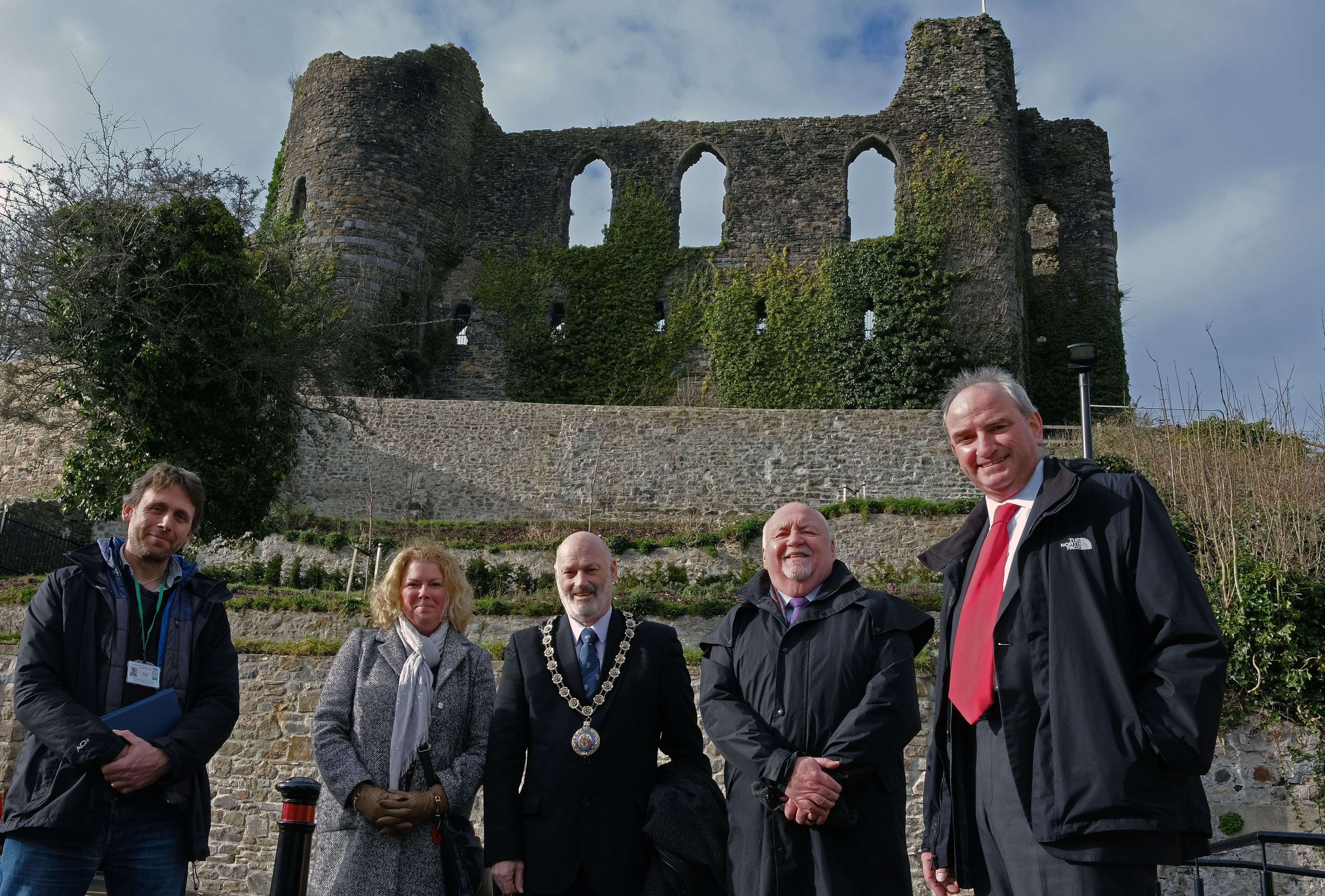 A forgotten landscape in the terraced ‘burgage’ gardens below Haverfordwest Castle has been transformed into a tranquil and restful green space, thanks to a project led by Pembrokeshire County Council and supported by Welsh Government.

Wildflower meadows, native plants, new paths and seating have replaced the previously overgrown areas. The historic terrace walls have been refurbished and medieval bee hives – skeps – have also been introduced.

The project is one of the first in Wales to receive funding under Welsh Government’s Transforming Towns Green Infrastructure and Biodiversity grant. It also received funding from Pembrokeshire County Council and Welsh Government’s Local Places for Nature programme.

“We are really keen to continue this work with the Local Authority, Town Council and other local partners to deliver other Green Infrastructure schemes in towns across Pembrokeshire.”

Cllr Mike James, Chairman of Pembrokeshire County Council, said it was a ‘fantastic example’ of what can be achieved in urban areas to create natural habitats and support biodiversity.

Speaking at the official opening this week, he said; “It will have a positive impact on the wellbeing of residents and visitors by providing the opportunity for tranquil rest and reflection in natural surroundings – right here in the town centre.”

Cllr Phil Baker, Cabinet Member for Infrastructure, Licensing and Major Events, added that the scheme is part of the Council’s wider project to conserve and enhance Haverfordwest Castle and its environs ‘which is in turn is part of our regeneration programme for our County town and Pembrokeshire’.

The wildlife and biodiversity features on the site include:

Ant Rogers from Pembrokeshire Nature Partnership said the scheme had benefited from collaboration with project managers since the outset.

“The close working relationship between Pembrokeshire County Council staff and the Nature Partnership has helped to draw in additional funding and really optimise the benefits for nature and for people through this project, setting the work in the context of wider ecosystems,” he said.

Cllr Thomas Tudor, county councillor for the Castle Ward, welcomed the project and said that together with the Castle Lake link, it ‘could only enhance this part of Haverfordwest to the benefit of its townspeople and visitors to the county town of Pembrokeshire’.

“I have long championed that Haverfordwest Castle is indeed the jewel in the crown for Haverfordwest, and I welcome this long overdue investment into this 12th century building which cuts an impressive sight when viewed from the banks of the Western Cleddau below,” he said.