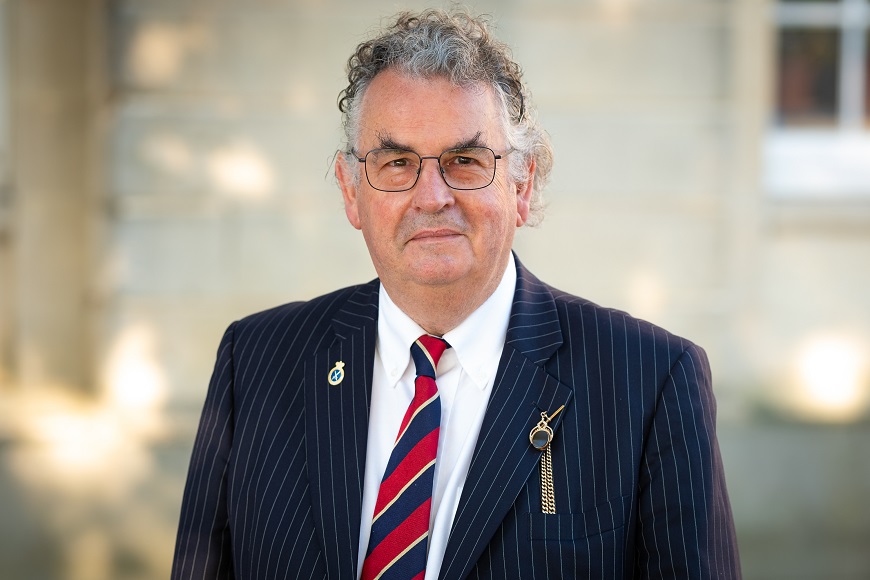 The Vice-Chancellor of University of Wales Trinity Saint David (UWTSD), Professor Medwin Hughes has been appointed Chair of a new body established by Welsh Government to represent the interests of the public in respect to health and social care.

The Citizen Voice Board for Health and Social Care is independent of Government, the NHS and local authorities but will work with them to support the continued improvement of person-centred services.

It will be responsible for establishing a national body and infrastructure to engage in health and social care reform in Wales.

In a written statement issued by Welsh Government, Eluned Morgan, MS, Minister for Health and Social Services said: “Following my previous statement, published on 10 January 2022, I am pleased to announce, after a successful recruitment campaign, the appointment of Professor Medwin Hughes DL, as Chair of the Citizen Voice Body for Health and Social Care, Wales.

“This is an extremely important leadership role for the body responsible for representing the interests of the public in respect of health and social services from 1 April 2023.”

“I look forward to working with Professor Hughes. I am confident that his experience will enable him to establish the Citizen Voice Body for Health and Social Care, Wales as a leading organisation in representing the voices and opinions of the people in respect of health and social care services and support the continuous improvement of person-centred services”.

The next year will be spent building the required relationships, systems and foundations and the Minister will announce appointment of the remaining non-executive members in the next few weeks. Professor Hughes’ tenure will run for four years until 31 March 2026.

Professor Hughes is the longest serving Vice-Chancellor in Wales and has played a significant role in the reconfiguration of Higher Education over the past 20 years. He is the Vice-Chancellor of the University of Wales and UWTSD Group, a dual sector group of higher and further education institutions.

On his appointment, Professor Medwin Hughes has said: “I very much value the opportunity to serve in this role and the chance to establish a new national body that focuses on what matters most to people and ensures that the views of individuals and communities are at the very centre of health and social services. I look forward to working with the many partners and people involved in engaging with citizens and delivering their care as we develop the new body.”

Suspected suicide information to be collected to prevent future tragedies