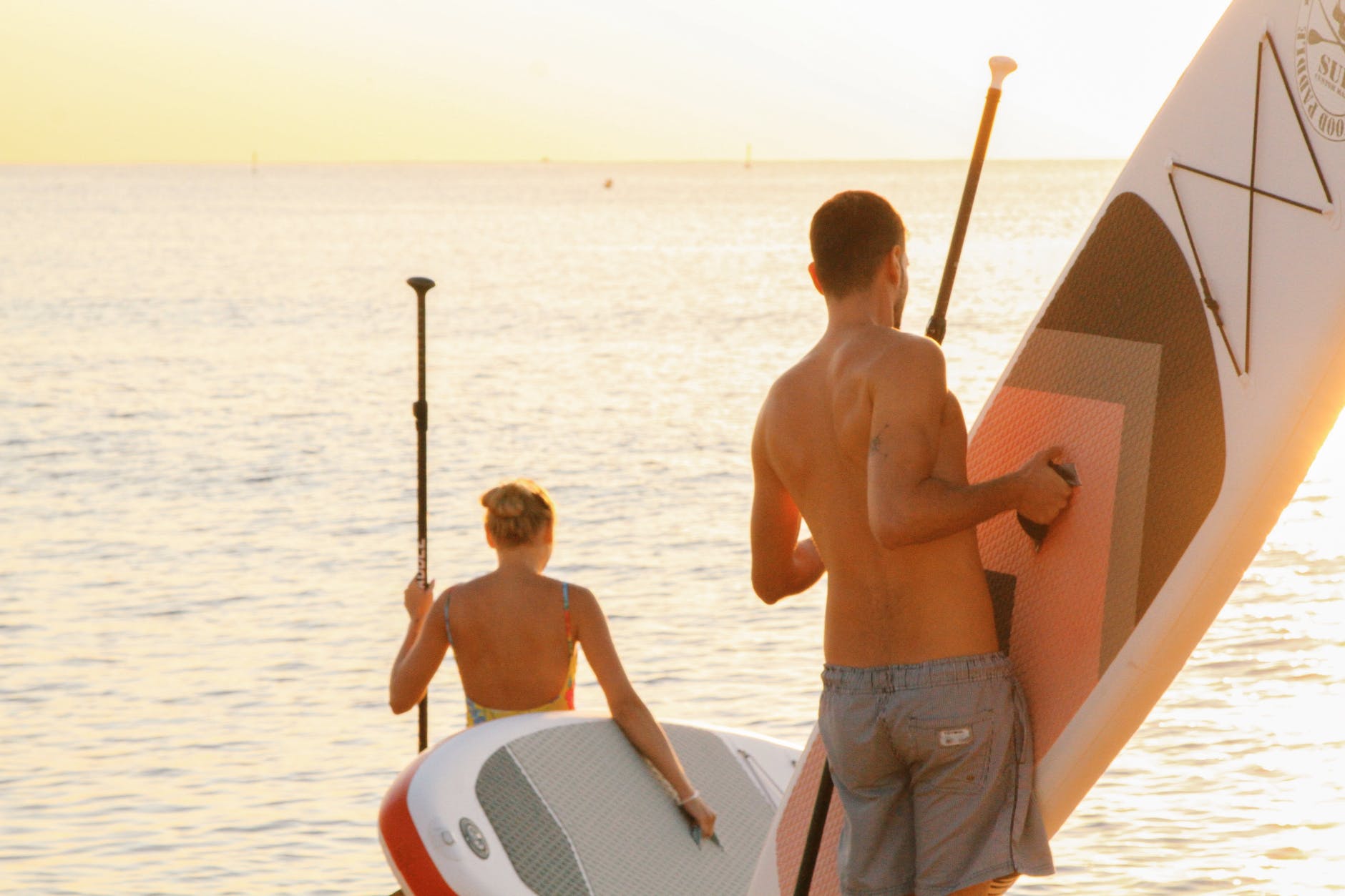 The RNLI has issued a warning for those visiting Wales’ coastline ahead of some of the highest tides of the year over the Easter weekend, which, historically, often see people cut off and requiring the charity’s help.

The charity is also reminding people that despite the temptation to have a dip, the sea is still incredibly cold, increasing the risk of cold water shock.

With an increase in people using the sea for activities such as kayaking and paddleboarding, the charity is also urging people to be mindful of offshore winds and the risk of being swept out to sea.

Chris Cousens, RNLI Water Safety Lead for Wales says: “The good weather in March saw more people taking to the sea on stand up paddleboards and we expect to see the same once the schools break. Unfortunately volunteer RNLI lifeboat crews were called to a number of emergencies where paddleboarders were blown away from the safety of the shore by offshore winds and were unable to return without assistance.

“Avoid using stand up paddleboards when the wind is blowing from the land to the sea, always carry a means of calling for help and keep it on your person and in an emergency always stay with your paddleboard as it will help you stay afloat.”

RNLI lifeguards returned to their posts at some locations across Wales last weekend – including at Swansea’s Langland Bay, Caswell and Three Cliffs Bay, as well as Whitesands in Pembrokeshire. Daily safety patrols are provided by the charity’s lifeguards between the hours of 10am-6pm.

In North Wales, the RNLI is calling on families to take their own safety seriously and be mindful of risks, especially during the forthcoming Spring tides, where the tidal movement is greater than usual. The biggest tides over the Easter period fall on Easter Sunday and Monday (17-18 April) the holiday is likely to see an increased number of people visiting the coast.

Chris Cousens adds: “At this time of year the weather is usually starting to improve and there is a real temptation for families to enjoy a visit to the coast. We want people to enjoy their Easter and are therefore keen they take heed of important advice to ensure their trip is not memorable for all the wrong reasons. The Easter weekend, the higher than usual tides, coinciding with many families taking time out from work and school could potentially create an increase in call outs for our volunteers.

“The tide comes in and out twice in each 24 hour period, and while tide times can be accurately predicted, they vary at each location and change each day. A beach or coastal area may appear a safe place for a walk, but incoming tide can quickly leave you stranded. On bigger tides like those we will see over the weekend, places will be cut off by the tide quicker than normal and places usually unaffected by the tide may also get cut off.

“That’s why checking the weather and tides using a trusted online source, such as magicseaweed.com, the BBC Weather or a tidal prediction app before setting off on any trip is essential.”

The RNLI is urging anyone choosing to visit the coast to make sure they keep themselves and their families safe by following beach safety advice: