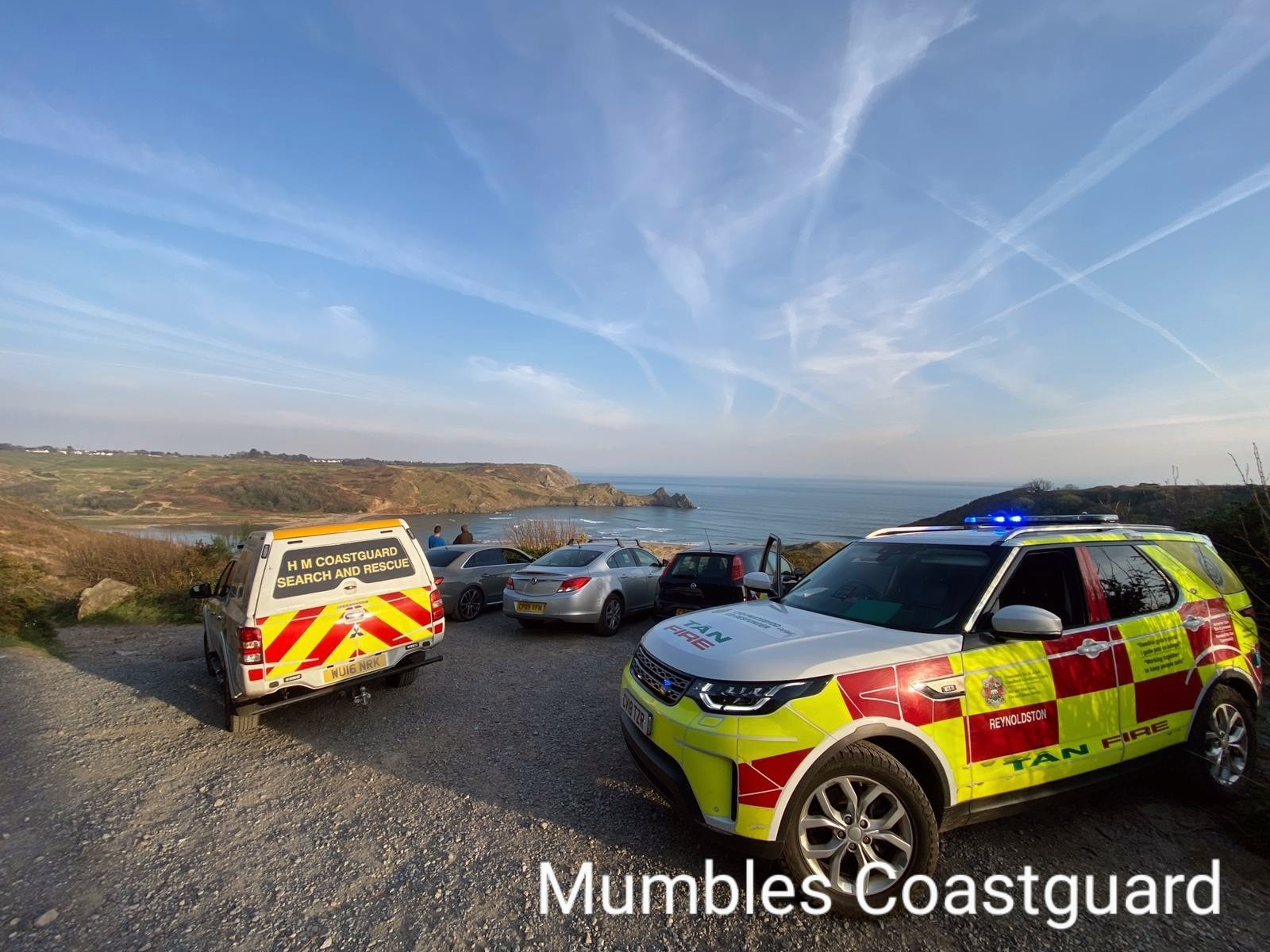 Mumbles Coastguard have expressed their anger after a 999 emergency phone was damaged at a Gower beauty spot following a hoax call that saw dozens of emergency service personnel descend on the area.

The coastguard received a call from the Three Cliffs Bay emergency phone on Saturday evening (16 April) just before 5pm which was “abruptly cut off”.

A second call was then made from a phone box in the area.

Describing the incident, a spokesperson from Mumbles Coastguard said: “The caller reported a person had fallen off a cliff in the area with a fatal outcome.

“On arrival the emergency phone was found damaged and out of service.

“Several services were dispatched and a large search tasking undertaken with nothing found. With no further information or reports, this callout was assumed a hoax call and all assets stood down.

“This behaviour has cost thousands of both tax payer and volunteer funds as well has many hours of time on what has been an extremely busy bank holiday weekend (Mumbles 4th callout).”

“It has taken valuable resources away from important taskings, disrupted holiday makers, local businesses and the lives of our and our partner services families.”

The coastguard added that the emergency phone at Three Cliffs is now out of service until repairs can be made by the operator.

The spokesperson added: “We’d like to thank all those involved with this callout and again express our extreme disappointment in this behaviour.”