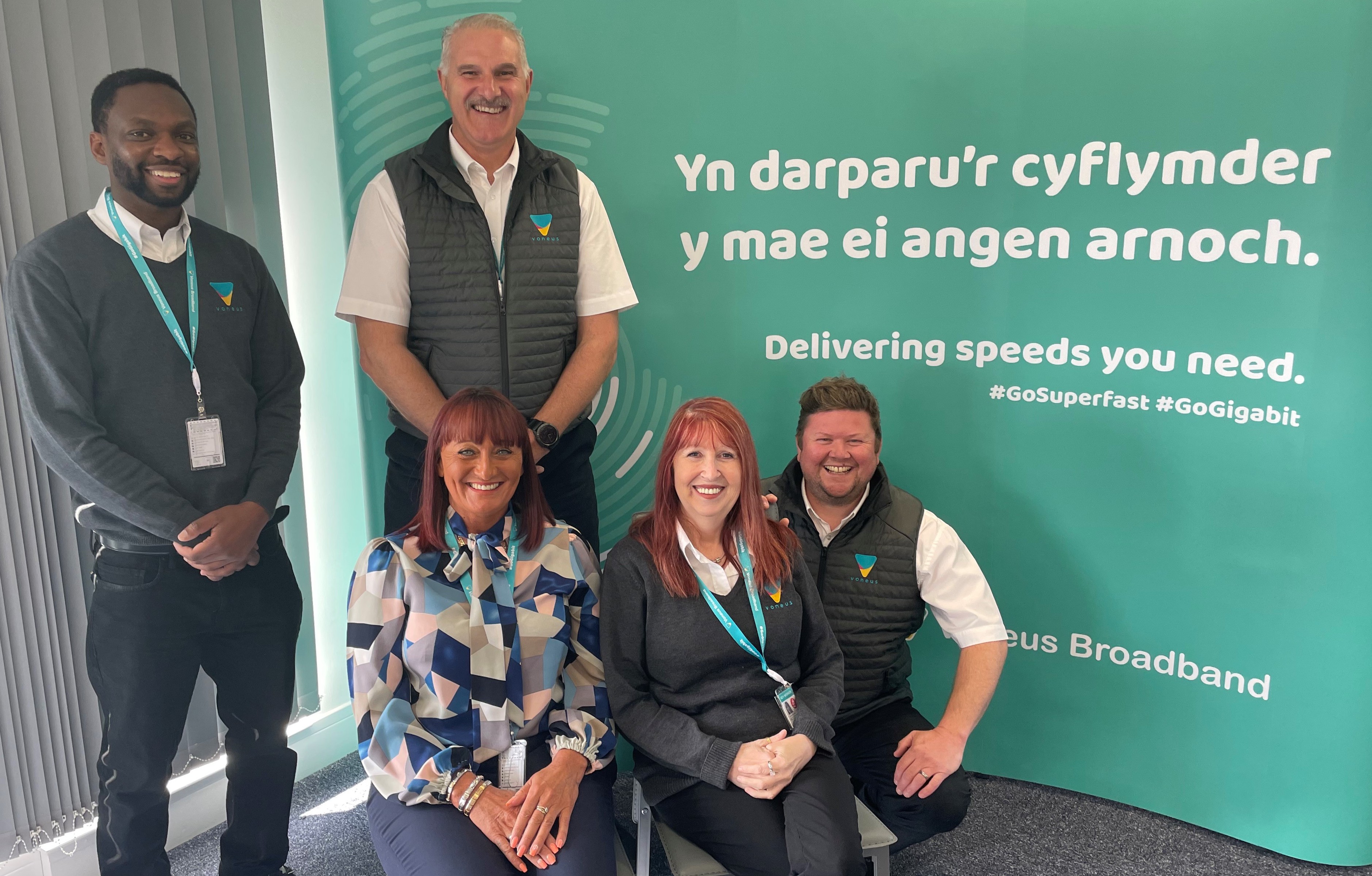 Plans to bring fibre broadband to Letterston and surrounding areas as part of a rollout to more than 10,500 homes across North Pembrokeshire are to be detailed at an event by a Carmarthen-based rural broadband specialist.

Voneus Broadband will be hosting a community drop-in session at Letterston Memorial Hall on 7 June between 1pm and 8pm to showcase its plan to hook-up the village to a gigabit-capable Fibre-to-the-Premises (FTTP) connection.

Residents will have the chance to ask any questions about the project, look at equipment which will be used in the home upon installation, and meet the local team who will be helping throughout the process.

Voneus, which already serves communities across five counties in Wales, is working towards installing the new FTTP network later this year.

The connection will provide matching upload and download speeds of up to 1000Mbps and Voice over Internet Protocol capabilities to businesses and homes across the village, as well as community sites such as Ysgol Ger y Llan.

The drop-in session marks the next stage in the process to bring FTTP broadband to Letterston, whose residents started a campaign in 2019 to improve broadband in the village.

Letterston Community Councillor Andy Adams said: “So many residents in Letterston are over the moon about how much of a massive difference to the village’s broadband this rollout will make, and how Voneus is finally making it happen.

“Other providers had told us it would take until 2026 for a rollout to even begin, but with many residents of the village working from home and struggling to complete basic tasks like receiving emails due to the poor speeds, we could not wait any longer.

“This installation will be a huge boost for the residents and local economy, and just goes to show what rural communities can achieve when they set their minds to it and how they shouldn’t give up hope of bringing fast, reliable broadband to their own area.

“The Community Council and residents are thankful to Voneus for sticking with us to deliver this vital service.”

The rollout is projected to help boost speeds across the region, with just 11.6 per cent of households in Pembrokeshire having access to ultra-fast broadband speeds of more than 100Mbps according to the most recent Ofcom data.

The build in Pembrokeshire forms one part of Voneus’ commitment to connecting more than 51,000 homes across South and West Wales to future-proof, gigabit-capable broadband across the next 24 months.

Andrew Phillips, team leader for Voneus’ Welsh community engagement team, said: “Having grown up in the county as well as having worked hard to bring solutions to hard-to-reach communities like Letterston, it is clear there is a massive demand for better broadband speeds in Pembrokeshire, which is why these events are vital.

“Our drop-in session aims to give local people a chance to meet us and learn all about what it is we do, as well as ask any questions they may have about bringing fibre broadband into their homes and businesses.

“We are committed to ensuring no one is penalised just because of where they live when it comes to broadband, and engaging communities like Letterston is an integral part to ensuring we all are working to bring about a better-connected tomorrow.”