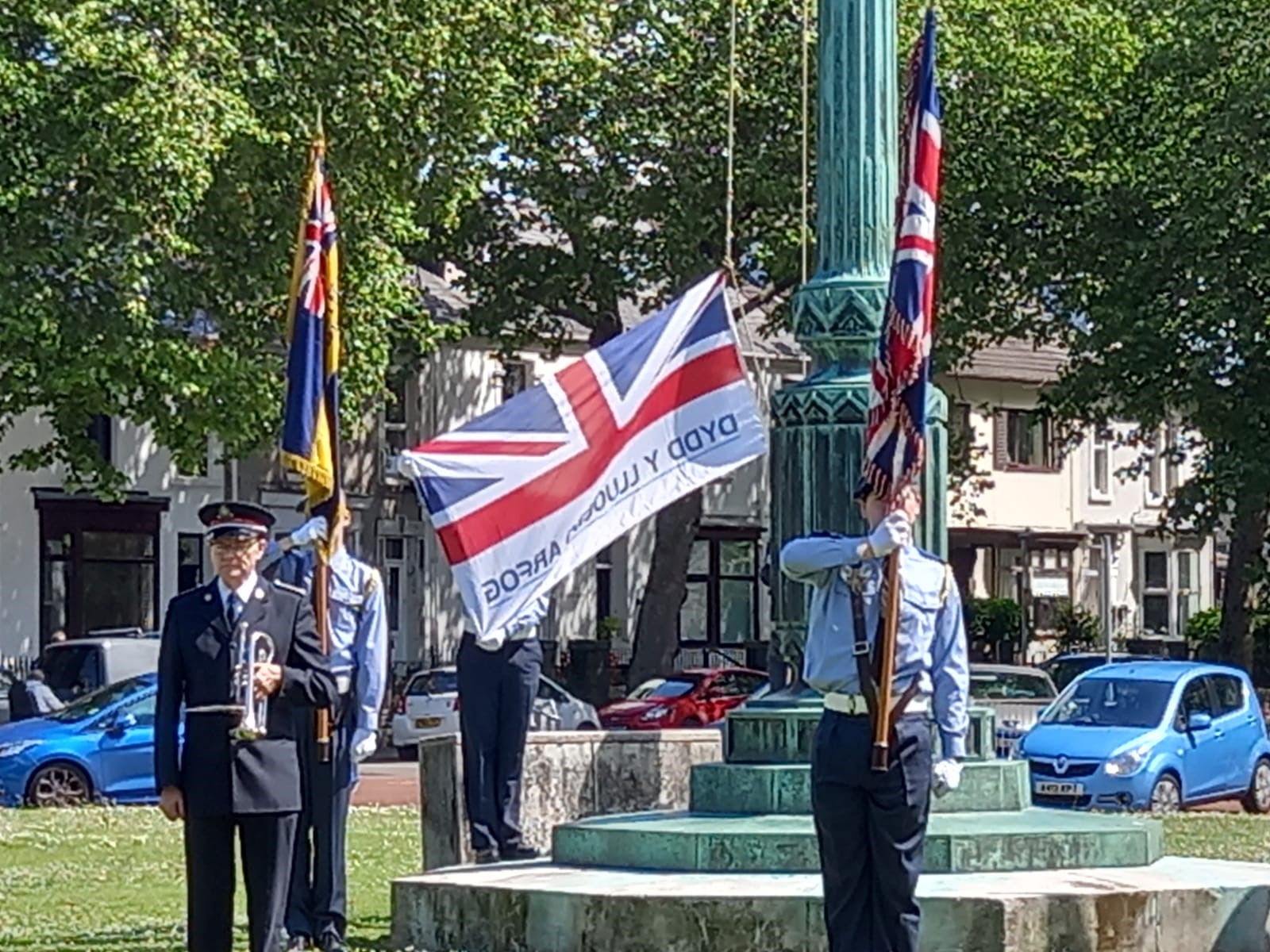 The Lord Mayor of Swansea Cllr Mike Day and other local dignitaries honoured those who’ve served their country in the armed forces at a special ceremony at Swansea’s Guildhall Rotunda this morning.

Cllr Day along with the council’s Armed Forces Champion Cllr Wendy Lewis, HM the Lord Lieutenant Louise Fleet JP and the High Sheriff of West Glamorgan Stephen Rogers paid tribute to those who have served.

The tributes took place on the Guildhall Rotunda at 11am and also present were representatives from the armed forces, reservists, veterans and local cadet units.

The Lord Mayor said: “Armed Forces Day gives us the opportunity to celebrate our armed forces and give thanks for our serving personnel and those who have served in World Wars and other conflicts and to remember those who gave the ultimate sacrifice for us to enjoy the freedom we have today.”

“Our Armed Forces deserve the respect and admiration of us all and we are immensely proud of them.”

Free swimming in Wales to continue for the Armed Forces