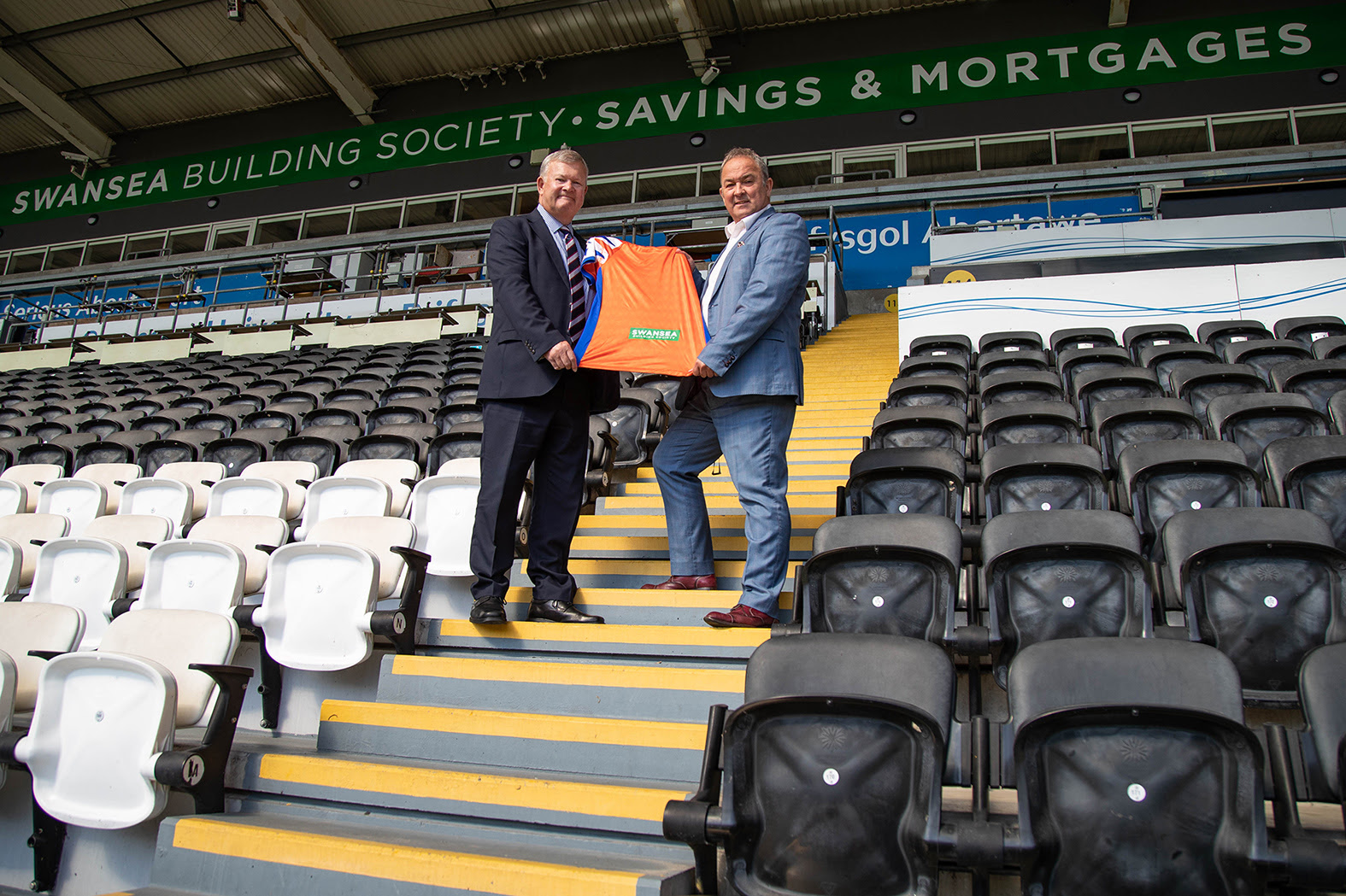 Swansea Building Society has renewed its partnership with Swansea City Football Club in a new sponsorship deal which will see the building society, with headquarters in the city, become the back of shirt sponsors for the 2022/23 season.

The renewed commitment follows a three-year sponsorship deal with the Championship team, which saw an executive lounge at the club’s home venue – the Swansea.com stadium – renamed the Swansea Building Society lounge.

The new deal will see the Swansea Building Society logo adorn the club’s kit in a prominent position on the back of the players shirt on both the home and away kits for the 2022/23 season.

Swansea Building Society and Swansea City AFC have a long history together, with the Society providing various sponsorships to the club over recent years. Both organisations also share a similarly long history as key features within the Swansea community. The football club, then known as Swansea Town, won its first league honour in 1924, just one year after the founding of Swansea Building Society as a mutual. Both have gone on to achieve considerable growth and success in the intervening years.

As the building society approaches its centenary year, it has achieved record results and passed the significant milestone of £500 million in total assets.

Consequently, the mutual – with branch offices in Swansea, Mumbles, Carmarthen and Cowbridge – has expanded, investing £1 million in IT, and recruited six new members of staff in the current year to date. This was all achieved on the back of posting growth of £28.5 million in the first quarter of the year – its highest ever growth figure in any quarter since the Building Society was formed in 1923.

The Society’s principal objectives are the provision of savings and mortgage products across the South Wales area. Its unique range of personally tailored mortgages are funded by the savings of its members. As the only financial institution with its headquarters in South West Wales, it prides itself on its personal, face-to-face approach, which it uses to serve its members, customers and their communities in a tailored and flexible way. This approach enables it to help individuals and their families achieve their financial goals securely.

Alun Williams, Chief Executive of Swansea Building Society, said: “It’s wonderful for the Society to be able to renew its partnership with Swansea City Football Club as back of shirt sponsor for the coming season. Swansea Building Society has a long tradition of support for the city’s football club, and we share a similarly long and rich history, as well as a commitment to the city of Swansea and its communities.

“The Society approaches its centenary celebration having recently achieved record results and passing several significant milestones. In that context, we felt it important to renew our commitment to Swansea City AFC, and we wish the club every success for the coming season and beyond.”