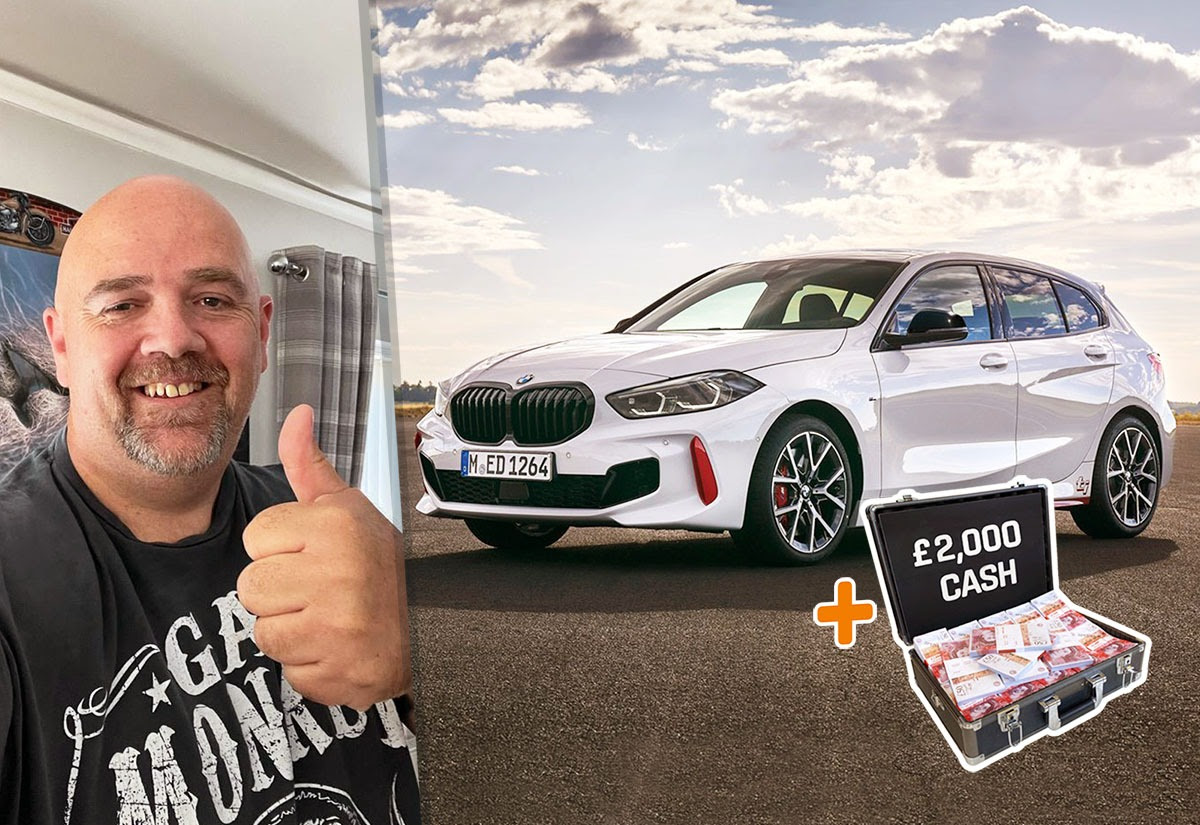 A Swansea man who was feeling lucky during the working week was left in a state of delighted disbelief on finding out he had won a combined £37,000 cash-and-car prize with online competitions company BOTB.

Anthony Brain from Swansea could not believe his luck when BOTB’s Christian Williams picked up the phone to let him know he was the winner of its Midweek Lifestyle competition.

Anthony, who works for Swansea-based automotive products company Marelli, scooped a brand new BMW 128ti, as well as a cash prize of £2,000.

After recovering from his initial shock, Anthony said: “It’s absolutely unbelievable – I’m over-the-moon and still on a real high from it. It’s rare that I take part in the Midweek Lifestyle Competition – I think I’ve only entered it once or twice before – but I was feeling lucky during the working week, so thought ‘why not?’ When I got the call to say I’d won, I was stunned.

“Being a car enthusiast, I’m really excited about winning the car but the cash is brilliant too. We’ve already booked some holidays with some of the winnings, including to Italy and Florida. It’s nice to have something to look forward to.”

Anthony said his prize win has prompted colleagues to throw their hat in the ring and give BOTB’s competitions a go.

He added: “The thing is you’ve got to be in it to win it – and I think once you know someone who has won, you feel more hopeful that you could be in with a chance. I’d encourage anyone thinking about entering to try it for themselves.”

Other recent winners have bagged a motorbike, a luxury holiday to Barbados and £15,000 in cash.

The company, listed on the stock market, was founded by William Hindmarch in 1999 and has given away more than £47m worth of cars so far.