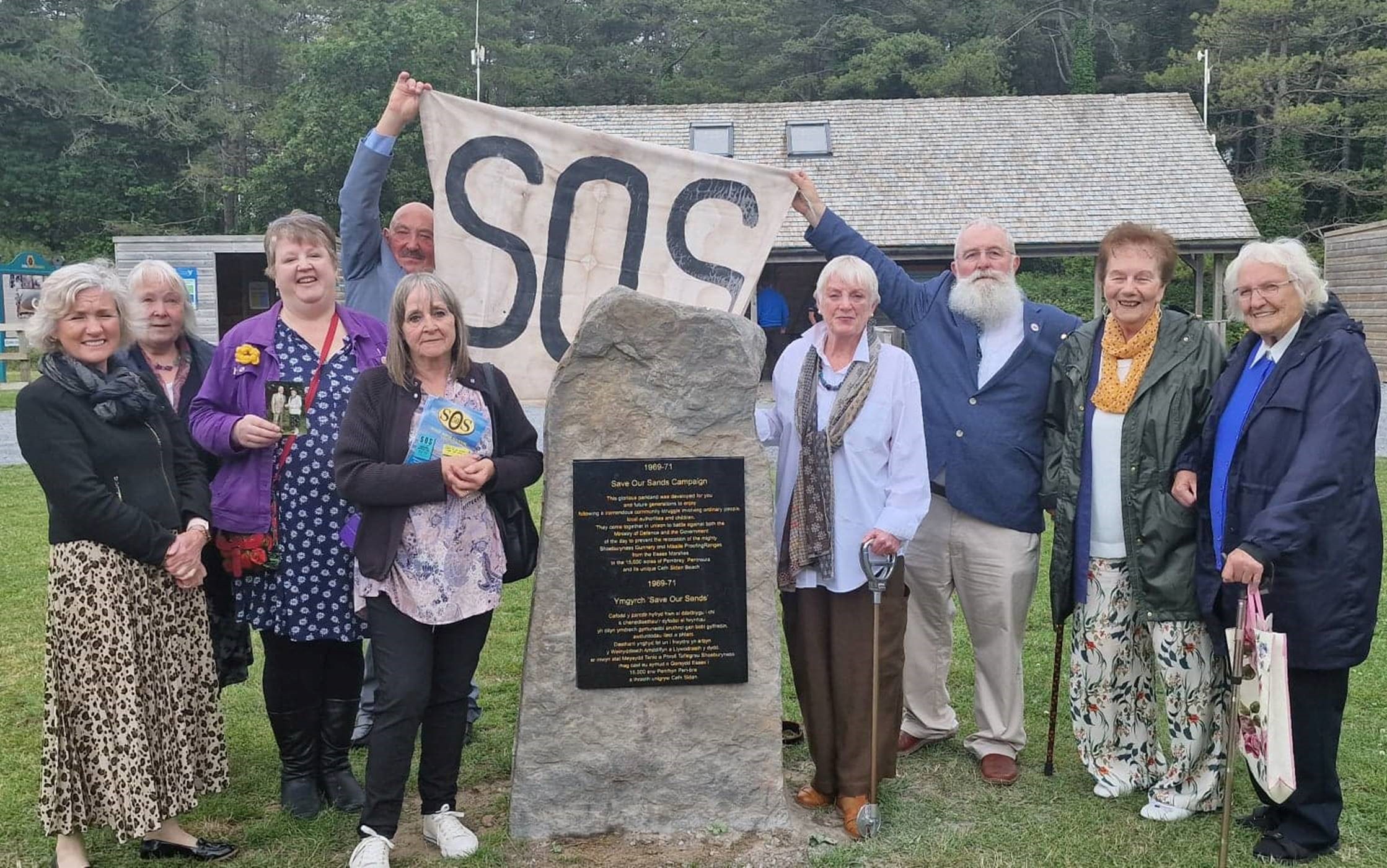 A memorial has been unveiled at Pembrey Country Park to commemorate a hard-fought campaign to save Pembrey sands for public use.

Between 1969 and 1971, the Save Our Sands campaign was launched by the local community against Ministry of Defence plans to put a gunnery and missile proofing centre in the area.

Now 50 years on, in honour of all those that battled to protect the shoreline for the enjoyment of generations to come, seven standing stones representing both the individual groups that battled, and the seven miles of Cefn Sidan beach, have been erected within the park.

It also includes a plaque telling the story of the campaign, and why the country park was created.

Campaigners and their friends and families had been concerned that the story of the great battle would be forgotten and began raising money through various fundraising events for a permanent memorial.

The group, formerly known as SOS@50 (it was formally dissolved in August 2019), said: “Pembrey Country Park would not exist as we know it without this historic and hard-fought campaign which was waged throughout the locality; 15,000 acres of land seaward of the railway line between Pembrey and Kidwelly would have become a gunnery and missile proofing centre prohibiting leisure activities along the shoreline between the Gower coast and Tenby.

“Without the immense fight waged against the incumbent government of the time and the Ministry of Defence, we would have been subjected to live – and probably and continue to be living – in a very different environment than the one which we are privileged to enjoy today.”

Carmarthenshire Council’s Cabinet Member for Regeneration, Leisure, Culture and Tourism Cllr Gareth John said: “We are extremely fortunate to have Pembrey Country Park here in Carmarthenshire. With its 500 acres of glorious woodlands to explore, seven miles of golden sandy beach, and lots of activities for all the family to enjoy, it’s the perfect day out.

“But it is so important that we remember the history of the park, and all those people who fought to save our sands, as without them, we would not have the park that we know and love today.

“I am delighted that this memorial has been put in place to tell this amazing story and triumph.”