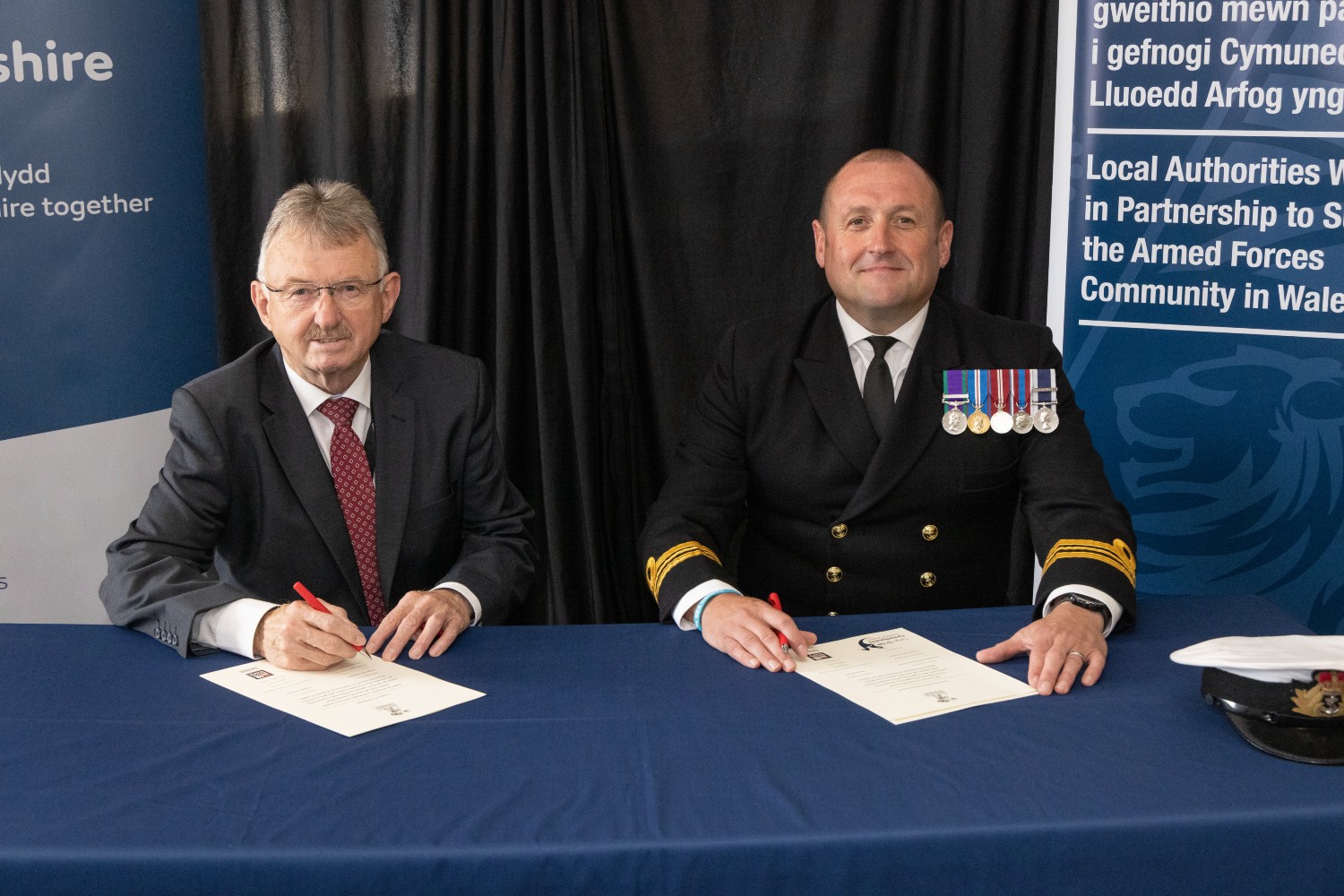 The Covenant focusses on helping members of the armed forces community have the same access to government and commercial services and products as any other citizen. It supports serving personnel, service leavers, veterans, reservists and their families.

The armed forces community represents approximately 12% of the population which is around 23,000 people in Carmarthenshire.

The council signed the ‘Community Covenant’ with a range of other public and third sector partners in 2013.

Cllr Hughes said: “Signing the Covenant shows the council’s support to the armed forces community, and how much we value the contribution and sacrifices they have made, as well as the important role they play in our communities.

“We are committed to making sure the armed forces and their families are treated with fairness and respect in all areas of their life.”

The signing of the Covenant was part of a jobs fair organised by the council specifically for the armed forces community and included a range of over 40 employers showcasing their employment opportunities.

Cllr Hughes added: “This was an excellent event, it was fantastic to see so many local organisations looking to benefit from recruiting highly skilled, reliable, and adaptable members of the armed forces community, and promoting opportunities for them to re-train and build upon the skills and experience they have gained through their career with the armed forces.”

Community organisation needs people to give them a lift