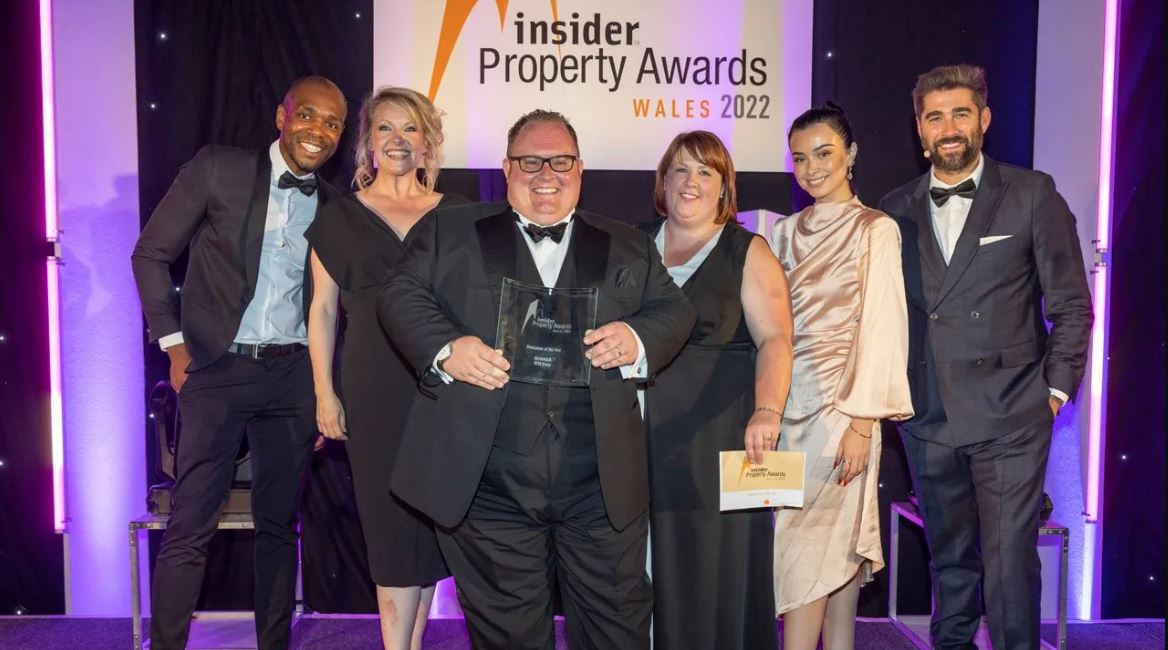 DCW Group offers consultancy services to both private enterprise and public sector property developers and investors, as well as creating software which can manage the research and identification of development opportunities.

The business was set up by Dean Ward in 2018, with the desire to offer clients honest, professional and credible advice across all stages of development. Having racked up a revenue of £2.8m, the Swansea company is now working on expansion across Wales and the rest of the world.

Alongside the consultancy side of the business, he has set up DCW Insights, innovative software that is set to completely transform the approach to sourcing and managing land for property development.

The platform was created after recognising a gap in the market for a software that provides access to detailed land development information that will allow users to cut timescales down from months to minutes.

The Insider Property Awards, which took place on June 23 at Cardiff City Hall, recognised the achievements, talent and hard work of those operating in the industry. DCW Group won the Property Newcomer of the Year award, with one judge describing the business as ‘a game-changer’ in the industry.

Speaking after winning the award, Founder and CEO Dean Ward said: “I have been to the Insider Property Awards many times as a guest of clients but never as a nominee. When the company name gets announced as a nominee, it is not only a feeling of pride but also trepidation. To then be named as the winner is really something special.”

A week later DCW Group claimed a second victory at Wales’ StartUp Awards on June 30 at Depot in Cardiff. The StartUp Awards recognises the achievements of entrepreneurs who have had a great idea, spotted an opportunity and have taken the risks to launch a new product or service. DCW Group won Digital StartUp of the Year for their new SaaS platform, DCW Insights.

Sarah Pearce, Chief Operating Officer at DCW Group, said: “What we have created at DCW Group in relation to our revolutionary SaaS platform is something unique and it was simply wonderful to have that recognised on such a scale. I am delighted to be part of this exciting venture and pleased to have joined DCW so early in its digital journey.”