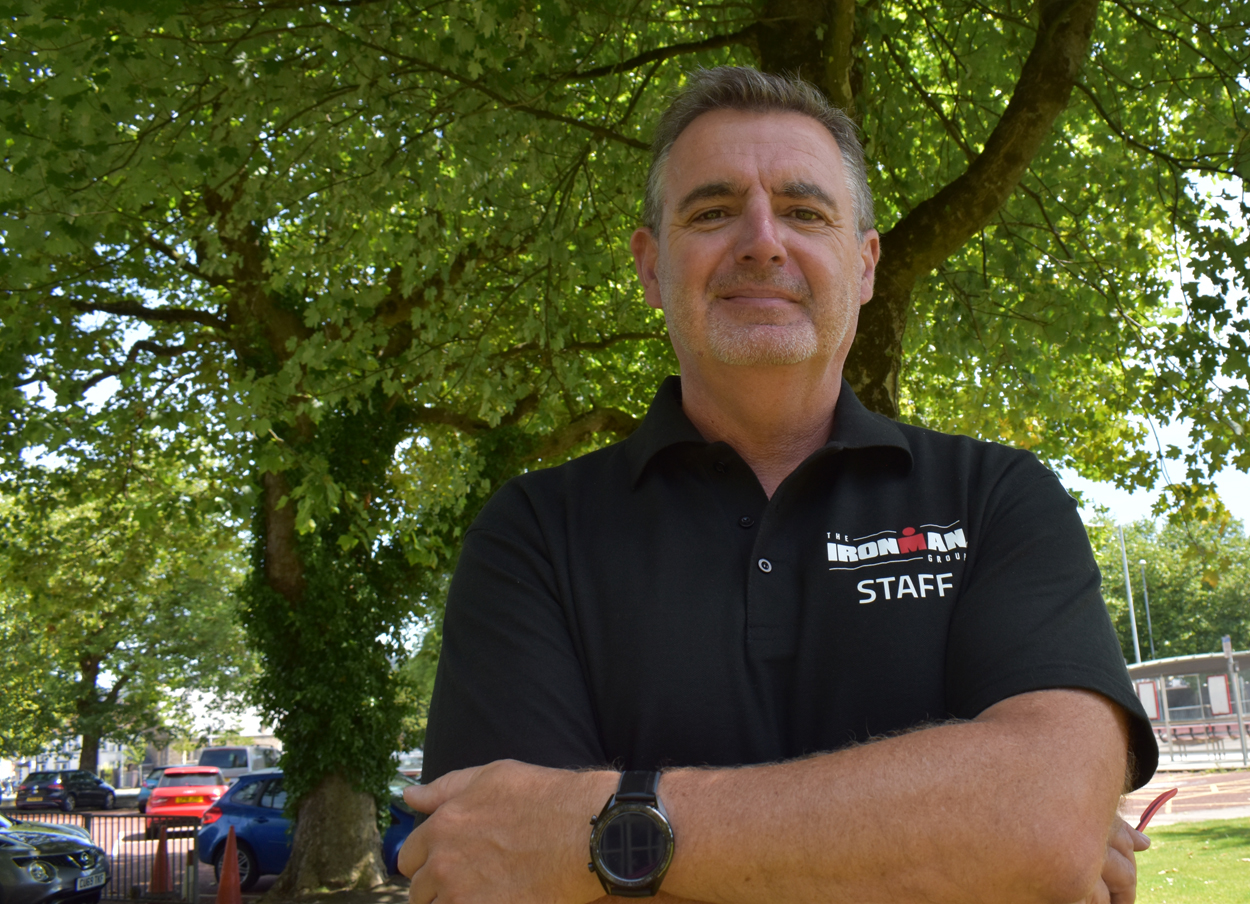 More than 500 volunteers aim to help Swansea’s first IRONMAN 70.3 triathlon event become one of the best in the brand’s glittering global calendar.

The event, with over 2,000 registered athletes and thousands of fans and supporters, is due in Swansea and Gower on Sunday, August 7 – boosting the local economy and bringing international attention to the region.

The organisers have tasked Swansea triathlete Paul Evans with managing the event’s volunteer operation. With roles such as athlete registration clerks, feed station operators, and route marshals, Paul is delighted that so many people have already signed up to support the event next month.

The Cockett-based father-of-two said: “When I first spoke with the IRONMAN team about using Swansea as an event venue, I knew that local interest would be massive.

“I’m so pleased that individuals and groups are getting involved – and that most of them are from the local area.

“Swansea is getting a top-quality event of international significance and the local community is getting excited about it.

“We already have great events here – including amazing sports challenges like the 10k and half-marathon – and now we have the incredible IRONMAN 70.3 Swansea.

“This is going to be a great event for Swansea, putting the city on a list of IRONMAN 70.3 venues that includes the likes of Sao Paulo and Barcelona.

“Swansea’s guest accommodation of all types will be very busy indeed for several nights, alongside the bars, cafes and restaurants that will see a surge in business with athletes and their supporters dining out across the weekend.

Among the groups on the volunteer schedule are local air cadets. Groups, like them, that supply more than 10 volunteers are given a financial donation by IRONMAN, helping the group operate and grow in future years. Others volunteering include sports clubs and a range of local charities as well as a raft of individual volunteers.

He still races, has competed in a full-distance IRONMAN event and believes that Swansea could become seen as one of the brand’s most attractive venues.

He said: “South Wales has a large number of triathlon clubs so I’m not surprised that the Swansea event is shaping up to be a cracker.

“I’ll have to miss competing this year as I’m working at the event, but I look forward to racing at IRONMAN 70.3 Swansea in the near future.

“Wales can be enormously proud that, of the five events in the IRONMAN UK calendar, two of them are in Wales – Swansea and Tenby.”

Council cabinet member Robert Francis-Davies said: “The organisers of IRONMAN 70.3 Swansea are impressed at the number of volunteers already signed up.

“It shows that there’s a huge appetite for quality events in this part of the world.

“Competitors and their supporters will be coming from across Europe – for training days as well as the event itself – and I know they’ll be thrilled by the local support, our fabulous natural beauty and Swansea’s brilliant hospitality sector.

“With the Volvo 2022 World Triathlon Para Series Swansea planned for August 6, it’s going to be a great sporting weekend for the city.

“These events along with all the others that the city hosts each year, will hopefully inspire even more people to compete in sport – competitive or recreational and to enjoy our fabulous local area and facilities.”

Rebecca Sutherland, race director for IRONMAN 70.3 Swansea, said: “Our events wouldn’t be possible without the support we receive from our local volunteers, and it’s fantastic to see the community get involved so eagerly for our first Swansea event.

“The excitement we’ve seen so far from athletes, staff, volunteers and residents is a huge testament to both the Welsh spirit and love for the sport, and we look forward to seeing this energy out across the course on race day in August.”

Groups that would like to volunteer for IRONMAN 70.3 Swansea can email Paul Evans – swanseavol@gmail.com

Over 1 in 20 homes left unoccupied in Swansea and Rhondda, latest Census data reveals