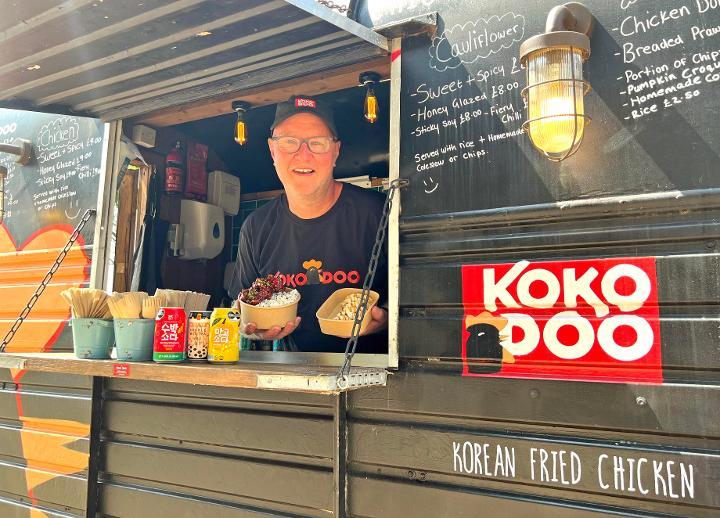 A number of new temporary food and drink wooden chalets are now open for business in Swansea city centre.

They’re located in the £135m Copr Bay quarter on the Swansea Arena side of the new bridge over Oystermouth Road.

Swansea Council is behind the chalets, which are being leased to FrozziYo Frozen Yoghurt and KoKoDoo Korean Fried Chicken. These are two of the businesses that will take up new retail units at the nearby Cupid Way development later this year, where construction is continuing.

The £135m Copr Bay district is being developed by Swansea Council and development managed by RivingtonHark.

Cllr Rob Stewart, Swansea Council Leader, said: “Swansea Arena, the coastal park and the new bridge over Oystermouth Road were all constructed during the pandemic and are now open, which is an outstanding achievement, but our Copr Bay district doesn’t stop there.

“While construction continues on the new retail units and car park on the city centre side of the bridge, these temporary wooden chalets will give some of our Cupid Way tenants a place to trade in the meantime.

“This will help raise their profile before they move into their permanent units later in the year, helping to further boost vibrancy and footfall in the area.”

Other work in the area includes the introduction of a temporary pop-up park in front of the Iceland supermarket in the former St David’s Shopping Centre.

Swansea restaurants to take part in Come Dine With Me: The Professionals