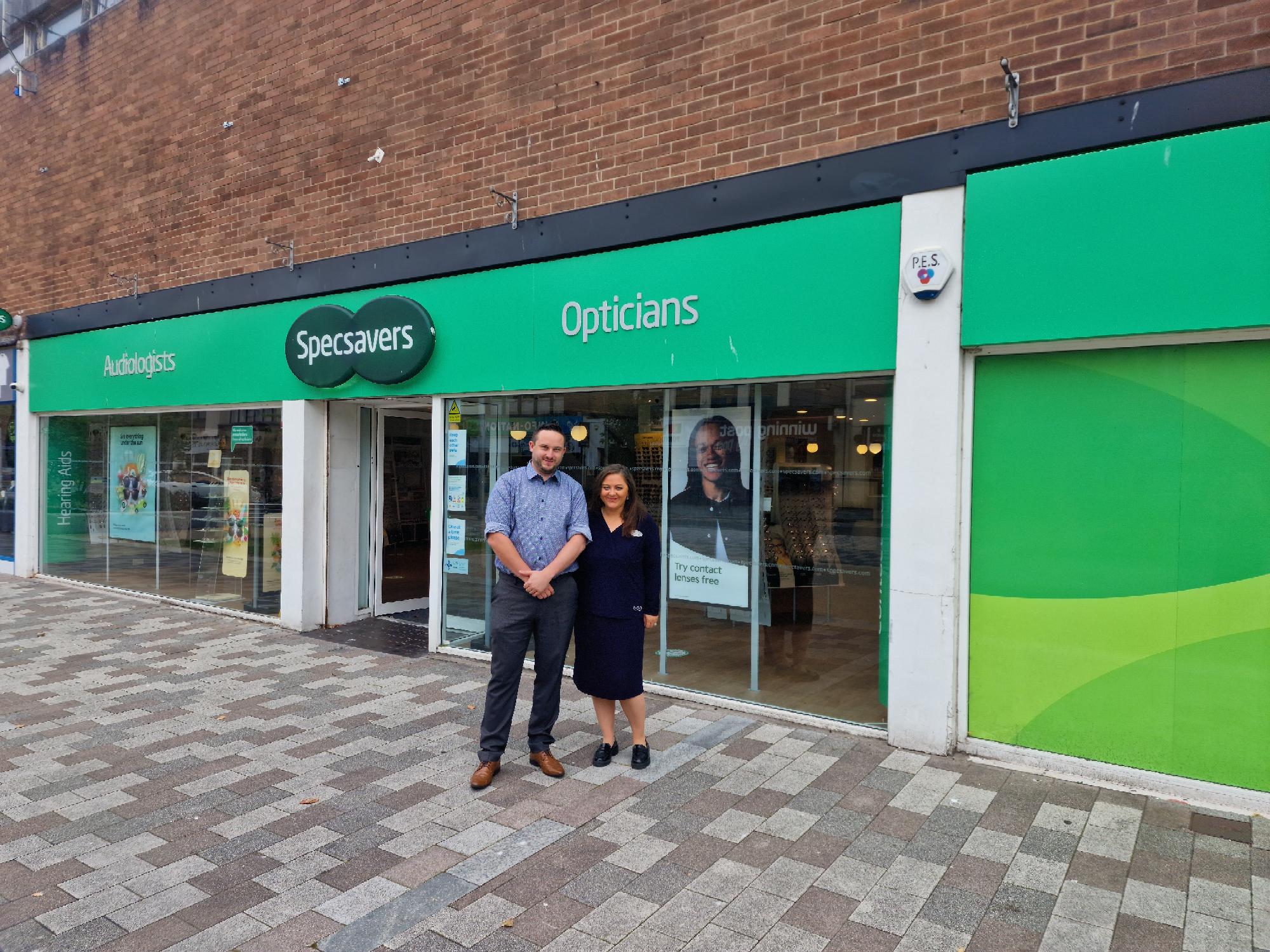 Two Manselton school friends with more than thirty years’ combined experience in optical care have been appointed to lead the city’s Specsavers store.

Christopher Jones, 35, has been promoted to retail director, while Hayley Jones, also 35, has progressed to store manager at the Kingsway store in Swansea city centre.

It’s been quite a journey for the former Manselton Primary School classmates, who reconnected in 2009 when Mrs Jones joined the Swansea store, six years after Mr Jones.

Mr Jones first joined Specsavers in Swansea as a lab technician in 2003 when he was just 16, working his way up to manager in 2018, and is now spearheading the team in his new role as retail director.

He will replace Robert Whiskerd – who is transferring to work for Specsavers in Canada as a retail director – and held the role for three years.

Mr Jones says: “It’s a real honour to take over the reins from Rob, filling his shoes and taking on such an important role.

“Together with the help of my old school friend, Hayley, we’re putting development plans in place for our wonderful staff, with a host of team building activities in the pipeline, as well as ensuring we continue to provide the highest standard of care for our customers.”

Mrs Jones joined Specsavers Swansea in 2009 as an optical assistant. She qualified as a dispensing optician in 2016, on her way to becoming the store manager.

Commenting on her appointment, she says: “I’m thrilled to be taking on this new role. It’s testament to the culture at Specsavers that they continue to place trust in staff like myself and Chris – who know the business and the local community it serves innately – to take on greater responsibility and help move the opticians forward.

“I am very grateful to Specsavers and the opportunities it has given me to progress in my role. It’s a fantastic place to work, and I think mine and Chris’ commitment to the business proves just that.”

Alongside the promotions of Chris and Hayley, two former optical assistants, Nicola Jones and Tiana Begley, have been promoted to supervisor roles.

Swansea communities recovering from pandemic to get extra cash

Gardeners encouraged to grow your own Christmas dinner