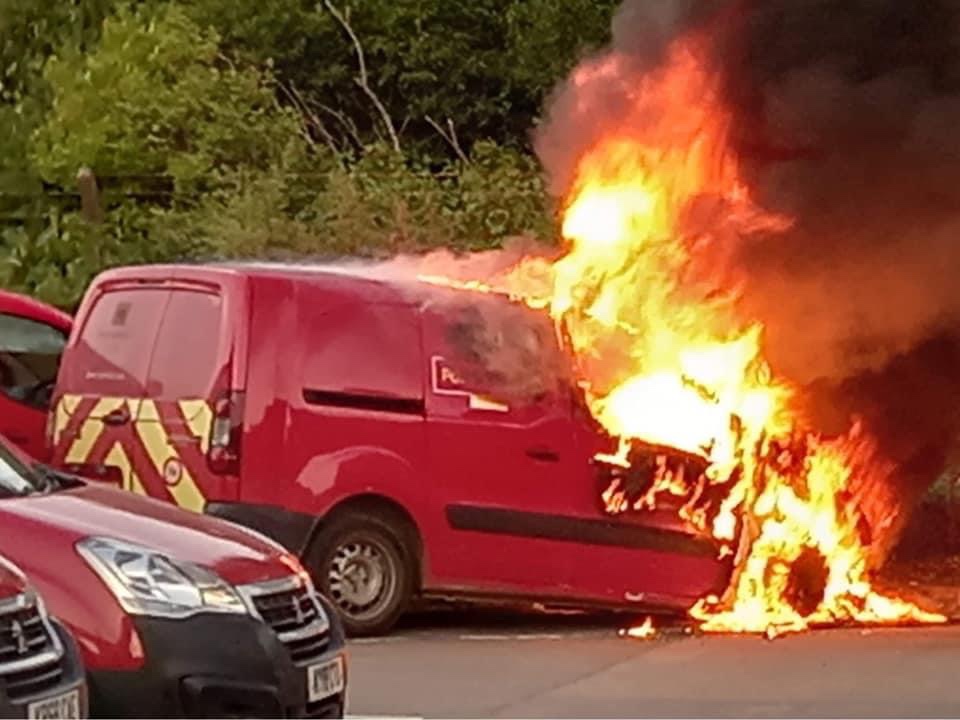 A postal worker has reported that the fire started at the Pensarn depot with an electrical fault on a postal delivery vehicle, with the fire then spreading to two nearby vehicles, although this has yet to be officially confirmed.

Two fire appliances were sent to the fire, which was “well alight” when firefighters arrived. Dramatic images show smoke rising above the sorting office, with concerns raised on social media that the fire would spread to the sorting office building.

A Royal Mail spokesperson said: “Emergency services attended our Carmarthen Delivery Office after a fire broke out on Wednesday evening, damaging three vehicles. Nobody was injured in this incident, and we expect it to have no impact on services to customers.

“The cause of the fire has yet to be determined, and we will assist in full with any inquiry which the emergency services may undertake.”

A Mid and West Wales Fire and Rescue Service spokeswoman said: “At 8.54pm on Wednesday 20 July, crews from Carmarthen and Pontyates attended two vehicles on fire in the yard of the Royal Mail Sorting Office, Pensarn, Carmarthen.

“The vehicle was well alight on arrival, fire was fought by crews using Breathing Apparatus and 2 Hose Reels Jets, a thermal imaging camera, and foam to extinguish.

“The cause was accidental, no persons were injured.