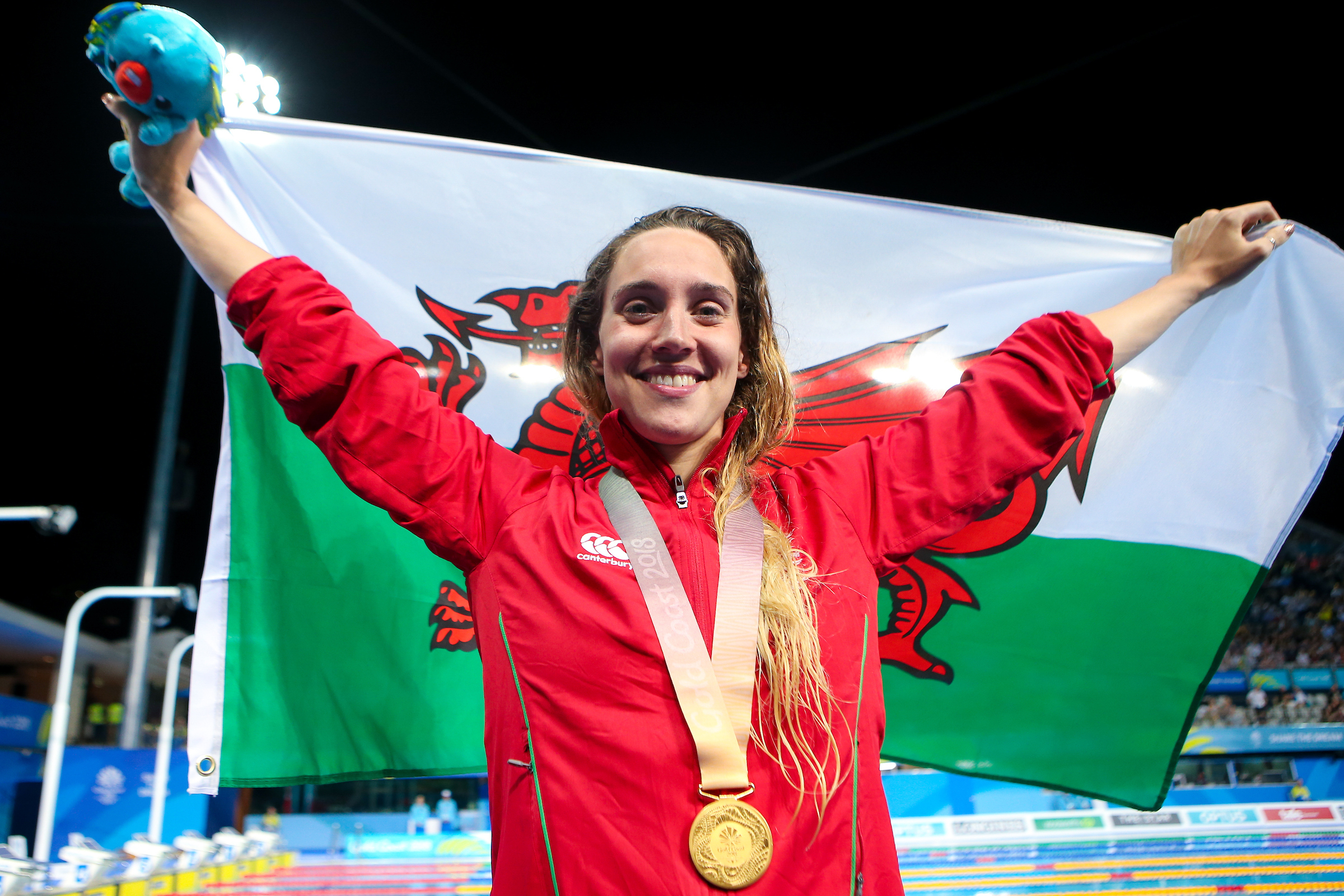 Gold-medallist Alys Thomas will be leading the way as eight swimmers based at Wales National Pool Swansea go for glory next week as they fly the flag for Wales in the Commonwealth Games.

Defending 200m butterfly champion Alys will be competing in her fourth Commonwealth Games and is aiming to defend her title which she won in record-breaking style in Australia four years ago.

Seven other athletes based at WNPS – Daniel Jervis, Lewis Fraser, Medi Harris, Dan Jones, Harriet Jones, Joe Small and Liam White – will also be taking the plunge for Wales at the Games being staged in Birmingham from July 28.

Alys, who’s also claimed European championship medals and competed for Team GB at the Tokyo Olympics, has called WNPS home since 2008 and will be participating in her fourth Commonwealth Games.

Dan Jervis, from Resolven, Neath, is heading to Birmingham as British champion in the 400m, 800m and 1500m freestyle and will also be hoping to go one place further than his silver in the 1500m Down Under last time.

Swim Wales National Performance Director Ross Nicholas said the mix of experience and youth in the WNPS team alongside the amazing amount of hard work they’ve put in over the last few years leaves them well-placed for the Games.

He said: “It’s been a long, hard road to get to this point, but the whole squad are raring to go at Birmingham.

“Our squad will be coming up against the very best swimmers, para swimmers and divers from across the globe, but we’re confident that each of our athletes will be able to perform to their very best, thanks in large part to the world class facilities at Wales National Pool Swansea.

“Wales National Pool Swansea has got a fantastic track record of helping swimmers reach the Commonwealth Games, the Olympics, Paralympics and World Championships and we’ve seen them return with fantastic results. We’re hoping to add to that legacy in Birmingham.”

Jeremy Cole, General Manager at WNPS, said: “We’re a community pool as well as an elite training centre for Swim Wales and Swansea Aquatics. Over the years WNPS stars like Jazz Carlin, Georgia Thomas, Ellie Simmonds and Steph Millward have done great things at the Olympics, Paralympics and Commonwealth events.

“A decade ago the para-swimming team based at WNPS came back from the London Paralympics with so many medals the pool would have come 37th out of 74 had we been a country.

“I’m sure Alys, Dan Jervis, Lewis, Medi, Dan Jones, Harriet, Joe and Liam will be doing us all proud in Birmingham too”

The Commonwealth Games are taking place in Birmingham from July 28, 2002, with six days of swimming competition starting on July 29.

Revealed: Britain’s most dangerous roads are in Wales