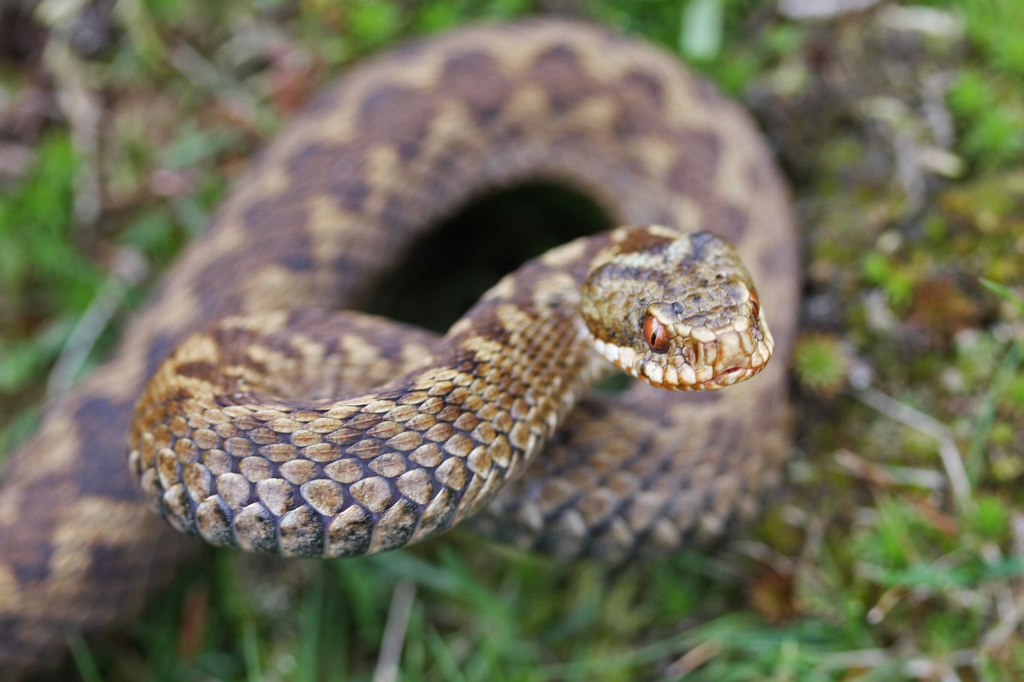 With people flocking to the coast amid rising temperatures, our stunning bays and beaches are proving to be popular with more than tourists and visitors this summer.

However, Bridgend Council say that its been receiving a high number of reports about snake sightings, especially in the Rest Bay area.

It follows new research published in the Clinical Toxicology journal that reveals more people in the UK than ever before are reporting injuries caused by snakebite.

However, most of these have been caused by snakes kept as pets, and Bridgend County Borough Council is reassuring visitors and residents alike that there is very little risk of harm from native species.

Councillor John Spanswick, Bridgend Council’s Cabinet Member for Communities said: “The UK is home to both grass snakes and adders, and while only the adder is toxic, its bite is rarely fatal and can be easily treated. Most reported incidents involve dogs rather than humans, and in the vast majority of cases, a full recovery is made.

“Adders and grass snakes can often be seen at the side of rural paths, and can be identified by their distinct markings – adders have a zig-zag pattern running along their backs, while grass snakes have a distinctive yellow collar and two small black triangles just below their heads.”

“The best advice for anyone who encounters a snake while out and about is simply to leave them alone, and try not to disturb them. All British reptiles are protected under law, and the adder is a species that is considered to be particularly at risk

“The council and its partners have produced a guide called ‘Snakes of the Bridgend Coast’ to help people spot snakes and other reptiles within Bridgend County Borough, and which offers advice on what to do if you come across one”

If you think that you may have been bitten by an adder, stay calm and do as little walking as possible. Go directly to A&E or call 999 for assistance, and remove any jewellery and watches from the bitten limb. Never tie a tourniquet, try to cut or suck the venom out or attempt to catch or kill the snake.

The PDSA say that pet owners who suspect that their dog may have been bitten by an adder should keep the animal as still as possible to prevent venom spreading further. Leave the bite alone, and do not apply a bandage or tourniquet. Call a vet to let them know you are coming down to the practice, and if possible, collect your dog in a car or carry them to a vehicle.