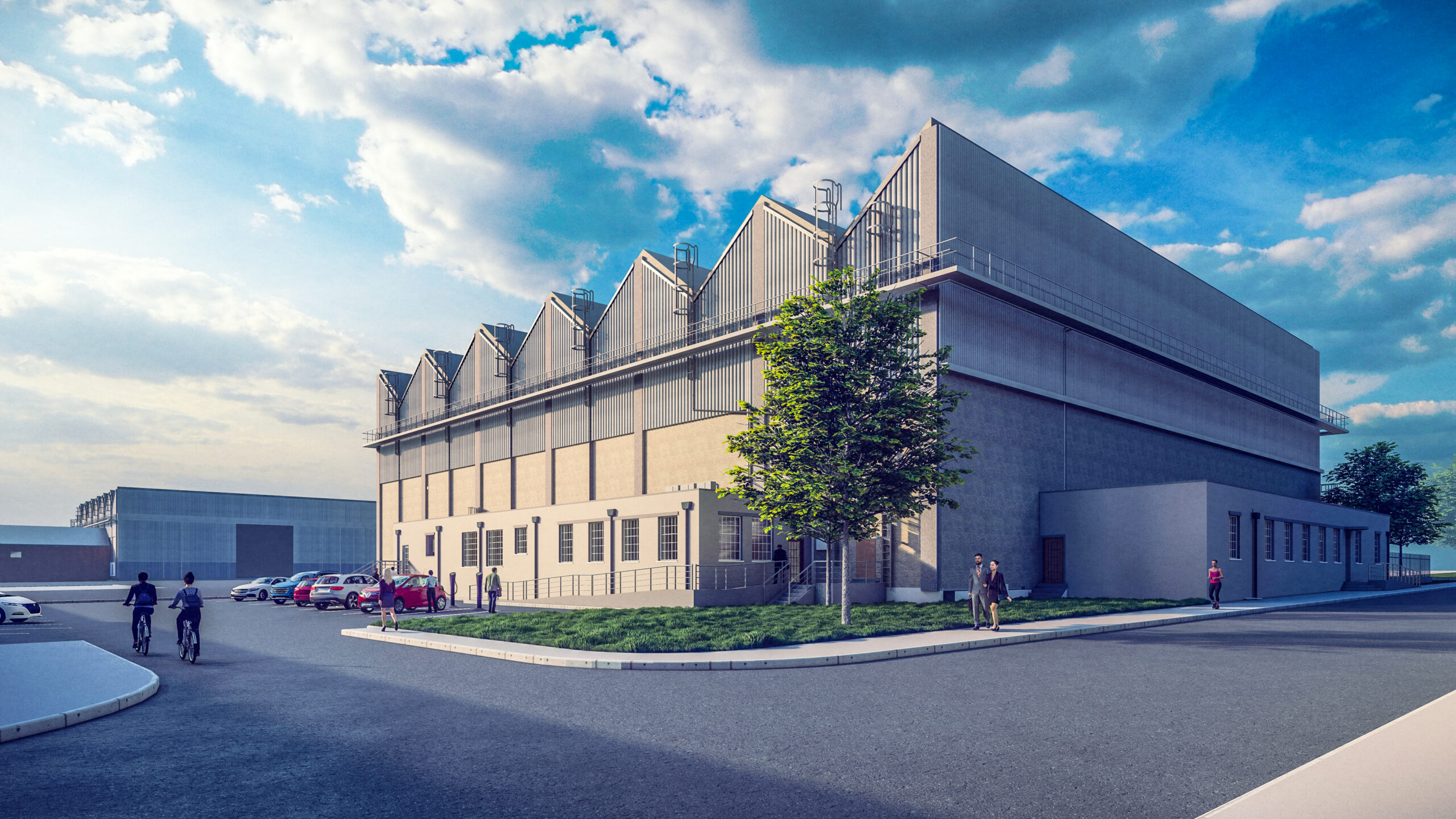 Members of the Pembrokeshire community have been successful in naming four new buildings that are being created to service the growing renewables industry in Pembrokeshire.

The annexes attached to the historic Sunderland Hangars at Pembroke Port are being redeveloped into modern office and workshop spaces with work expected to be completed by Spring 2023.

A public competition was held giving people the chance to name the new buildings which attracted a wealth of creative suggestions and were judged by a panel consisting of the Chair of the Port of Milford Haven Chris Martin, Mayor of Pembroke Dock Councillor Joshua Beynon, Rik Saldanha from the Pembroke Dock Heritage Trust, Phil Collins from the West Wales Maritime Heritage Centre and Tim James, now at Celtic Sea Power.

The panel were delighted with the range of submissions and the chosen names Erebus House, Catalina House, Falcon House and Oleander House were suggested by David Lockwood, the Pembroke Dock Heritage Trust, Marie Sampson, Victoria Allen and Tyler Streitberger respectively.

Commercial Director at the Port of Milford Haven, Steve Edwards, commented: “These structures date back to the early 1900s so we felt it was important to recognise and celebrate their heritage. Work is progressing well to give new life to the annexes and make them fit for industry.

“The wider Pembroke Dock Marine project is a huge opportunity to create hundreds of well paid jobs in the community, not only in the renewables sector but for the entire supply chain, so we’re really excited that work is underway on this phase of the development.”

Pembroke Dock Marine is expected to generate £73.5m annually to the regional economy, create opportunities for around 1,800 jobs for today’s workforce and the next generation, and contribute 1,000MW to UK and Welsh decarbonisation targets.