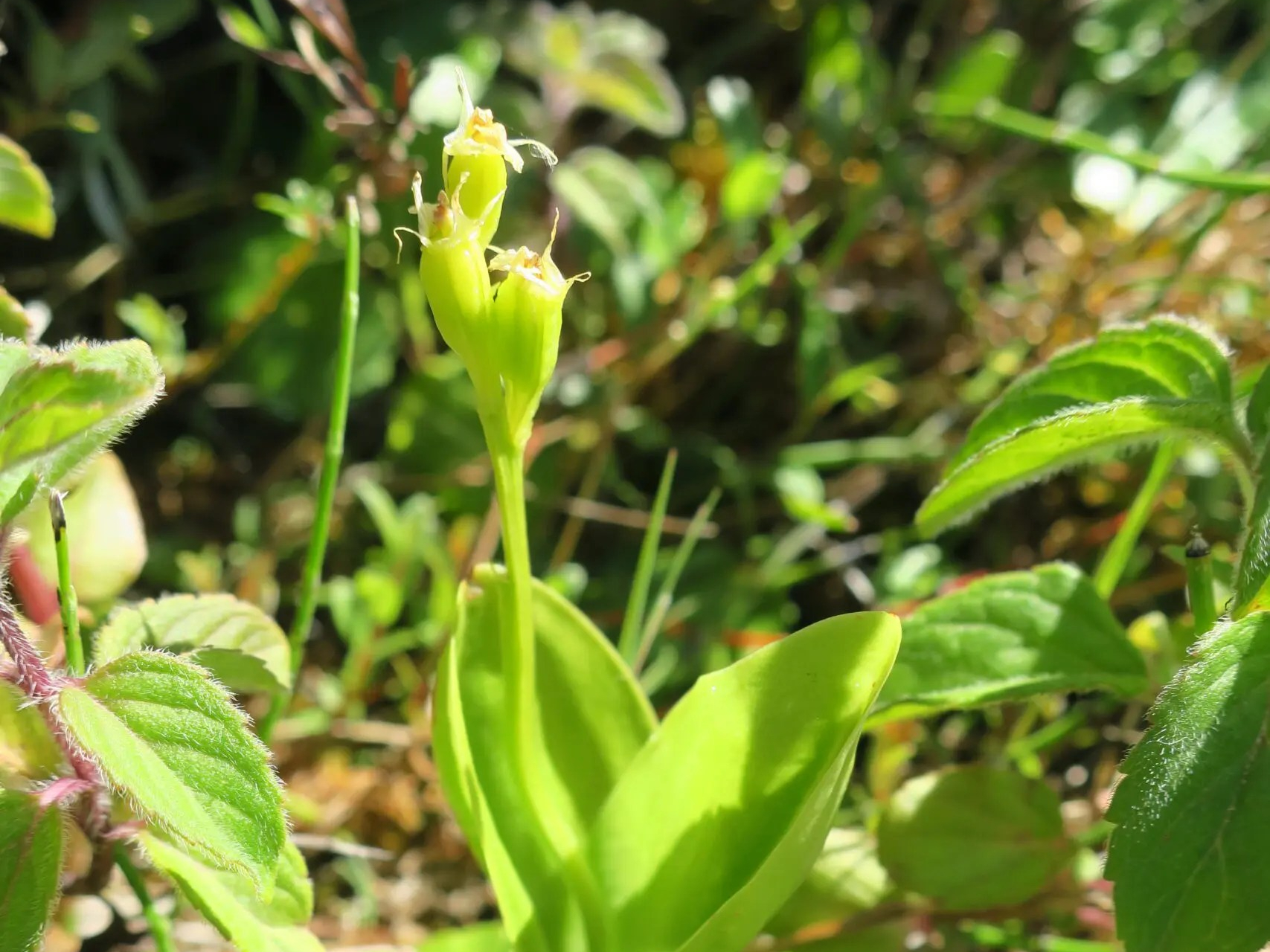 The rare Fen Orchid (Liparis loeselii) has been rediscovered by an 11-year-old boy at Laugharne-Pendine Burrows in Carmarthenshire.

Dubbed the ‘crown jewel’ of sand dunes, the orchid hasn’t been seen on the site since 2003, despite being looked for over a number of years.

Defence Infrastructure Organisation (DIO) ecologists have been working with QinetiQ to implement a detailed programme of conservation management work at Pendine for almost 20 years, as part of the UK-wide MOD Site of Special Scientific Interest (SSSI) Condition Improvement Project. This project supports the management of the 82,000ha of SSSI across the Defence estate.

Work to restore the Fen Orchid started with excavations, known as ‘scrapes’, to remove nutrient-rich material from several dune slacks back in 2005. This process helps to prevent excessive vegetation growth and maintains a high water table with periodic flooding in the dune slacks – low lying areas in the dune system which provide habitats for rare and specialist species.

In recent years, further carefully planned restoration works have been completed, including scrub clearance and the re-blocking of a large ditch to help restore the sand dunes’ hydrology. Since 2019, the Sands of LIFE (SoLIFE) project, led by Natural Resources Wales, has been responsible for renewed scrub clearance to clear re-grown invasive species and control scrub along the area’s boundary to allow the dune slacks to remain open.

11-year-old Tristan Moss, who re-discovered the orchid, said: “I’ve been coming to BSBI meetings in Wales since I was a baby, re-finding the fen orchid made this the best year yet.”

Oliver Howells, Senior Ecologist, Defence Infrastructure Organisation, said: “The recovery of this iconic species is the culmination of many years of work delivered by DIO and QinetiQ in partnerships with tenants, Natural Resources Wales and the Sands of LIFE project. It’s a genuine success story and a great example of the long-term commitment needed to support nature recovery at this and other important wildlife sites.”

Laura Bowen, Sands of LIFE Project and Monitoring Officer, said: “We are so pleased with the results from the scrub clearance programme that has been completed at Pendine. Scrub and rank vegetation will outcompete specialised, low-growing dune plants. Thanks to this completed work a range of plant species such as the Fen Orchid can thrive.

“We would also like to thank our contractors AJ Butler Contracting, who work meticulously showing great care for sensitive environments, and BSBI, for undertaking essential monitoring surveys and making this fantastic find.”

Jane Mercer, Managing Director of the Long Term Partnering Agreement at QinetiQ, said: “We ensure that we work effectively with partners including DIO, Natural Resources Wales, the Environment Agency and other organisations who look after the UK’s wildlife, to protect the flora and fauna on our sites. We are delighted that the Fen Orchid has been rediscovered at Pendine, and will take steps to ensure it thrives.

“QinetiQ is responsible for many sites with nature designations, and we take their management and long-term care very seriously, ensuring that our operational impact is minimal. We are proud to be part of the collective that is caring for and maintaining the UK’s wildlife.”

Richard and Kath Pryce, Botanical Society of Britain and Ireland (BSBI), said: “Sixteen members of the BSBI were at Pendine as part of the annual Carmarthenshire recording week. It was eleven-year-old Tristan Moss who re-found the first Fen Orchid, which was in flower and seed. Following this, another five plants were found by the party, one in flower and seed and the other four, non-flowering.

“Continuing management will seek to further enhance the habitat at Pendine to encourage more Fen Orchids to colonise in future years. Thanks to the staff at the Pendine Establishment for allowing access to the party.”