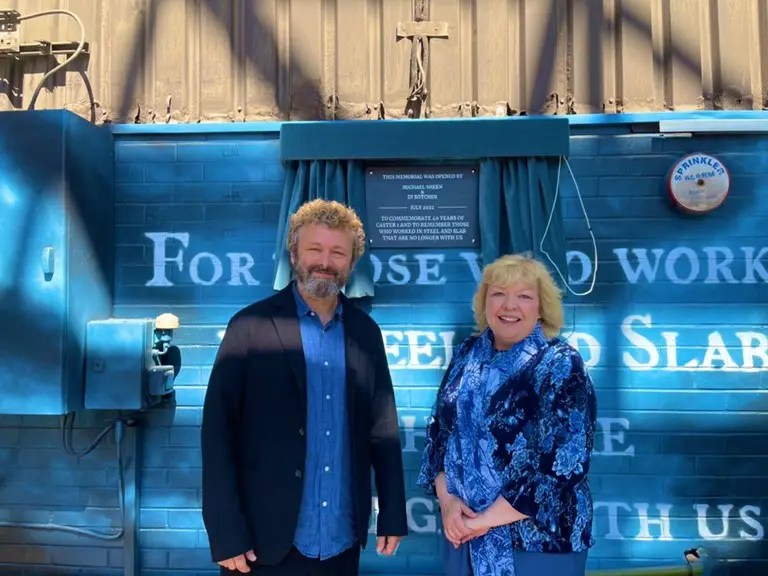 Tata Steel in Port Talbot has celebrated 40 years of operation of the plant’s Continuous Caster number 1, which has cast over 63 million tonnes of steel.

When it was commissioned, Caster 1 was the largest single investment ever made at the works at over £100 million.

The day was marked with the opening of a new entrance area to the Steel & Slab facility, featuring street art by local Welsh artists and a huge steel ingot, remembering the way steel was made before the introduction of continuous casting technology.

Port Talbot has three continuous casters, which take liquid steel and—through a series of moulds—casts steel in a continuous strand which is then cut into red-hot solid bars of steel each weighing around 30 tonnes.

Works Manager James Davies said: “Continuous casting technology transformed the way steel is produced. At the time, this was the single biggest investment in the works’ history, costing a staggering £100 million back in 1982. But it quickly became a mainstay of our integrated works.”

Section Leader Graham Rowland, who has been central in organizing the celebrations said: “It is fantastic that we are celebrating this milestone in our history and sharing the day not only with our current employees and contractor partners, but also with former workers and their families who have joined us on site today. We’ve also created a memorial area to remember all those who worked to ensure the plant was here for the current and future generations.

“This afternoon we’re continuing our celebrations with sports and social activities, hoping to raise lots of money for local charities.”

The celebrations were given a special boost with the presence of Port Talbot legend and Hollywood superstar, Michael Sheen, and famous Welsh Actress Di Botcher.