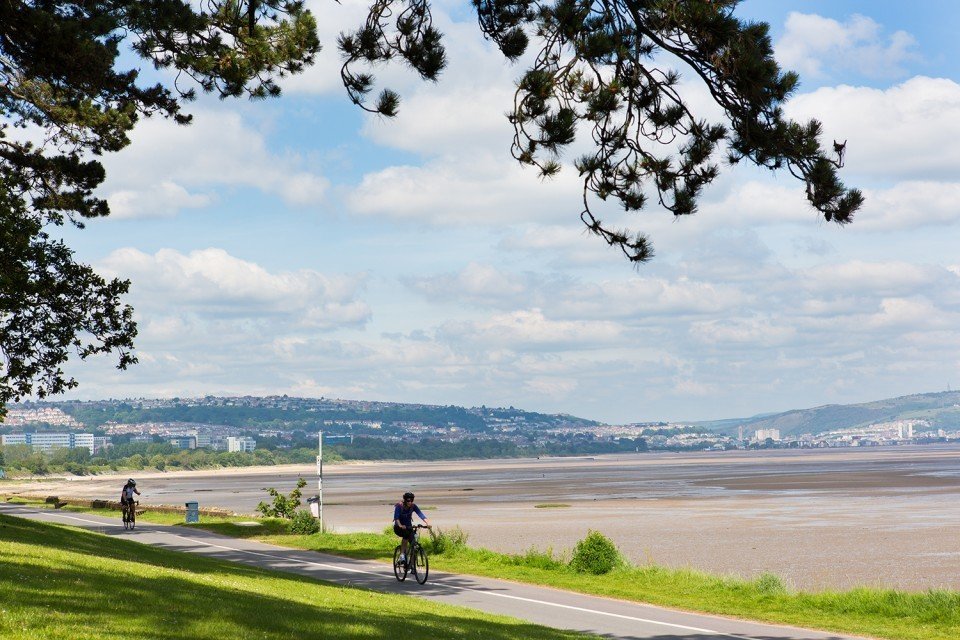 New data has revealed that Swansea is one of the safest cities to cycle in the UK.

The data looked at how steep the terrain was, how many accidents had been reported involving cyclists, the quality of pathways and surfaces and how well lit cycle routes were.

Despite cycling routes being relatively steep (8.50/10) and around 60% of pathways not being well-lit, the number of bike crashes in Swansea is low with an average bike accident score of only 0.92/10. This gives the city an overall danger score of 3.75/10.

Chelmsford was crowned the most bike-friendly UK city.

earning an overall danger score of only 1.79/10. The number of bike crashes (16)is the second-lowestof all places analysed, being slightly behind Gloucester in fifth (12). Boasting an almost perfect road condition for cyclists,over 73% of paths are well-lit in the city.

Worcester takes second place with a danger score of 2.71/10. Where a few bike crashes have occurred, none reported were fatal, with average bike accident score being only 1.50/10. Despite road lighting usually being dimmer (8/10), bikers will find smooth and flat cycling paths across the city.

*The lower the scores, the safer it is for cyclists.

Claims.co.uk also revealed that Birmingham is the most dangerous for cycling, as the city racks up an overall danger score of 7.38/10. Bikers are most likely to suffer from poorly-maintained road surfaces (9/10), and steep pathways where less than 50% are equipped with optimal lighting. These could thus contribute to the city’s bike accident score of 6.75/10.

10 most dangerous UK cities for cycling