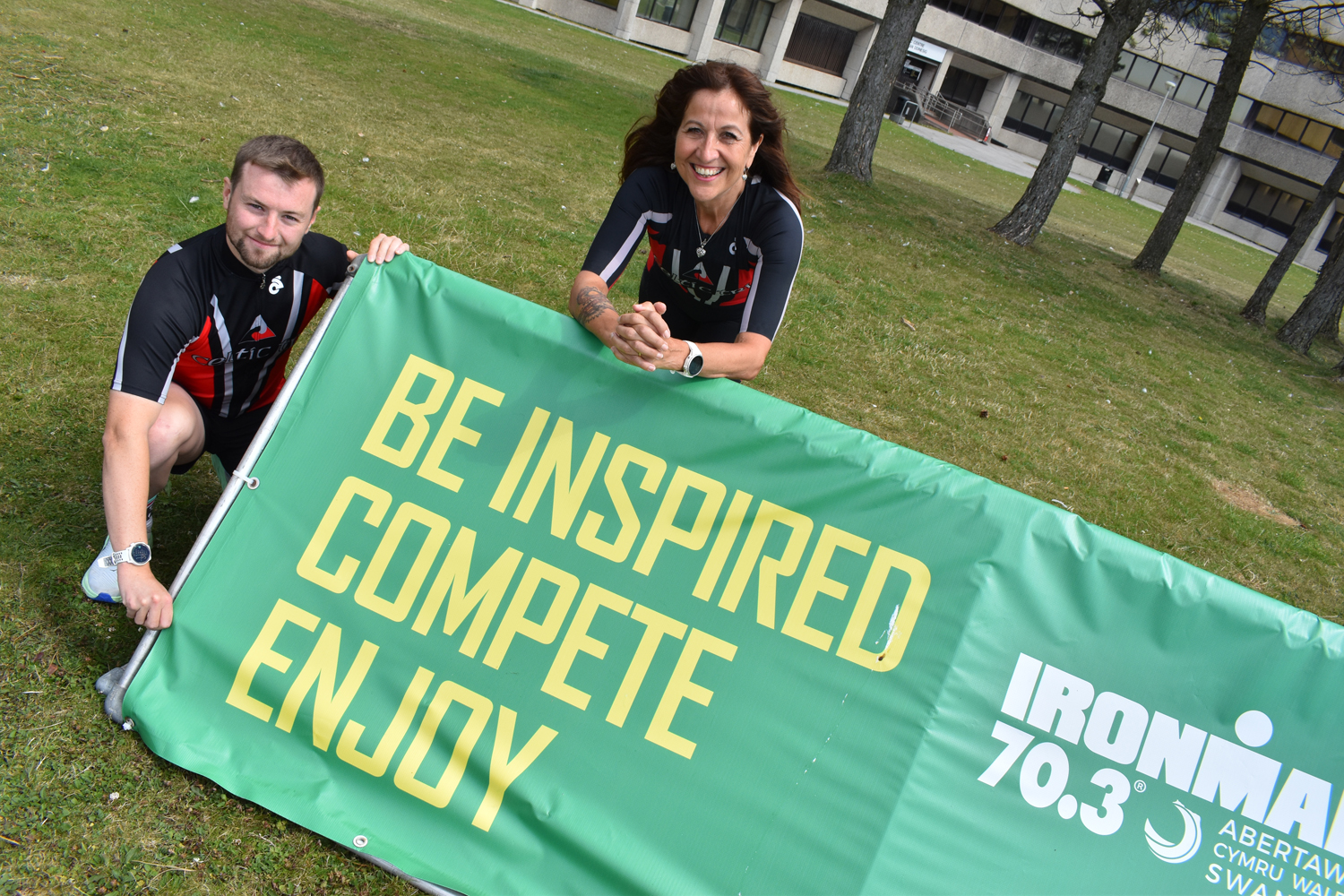 Athletes from Swansea and other parts of South Wales have been busy preparing for a great sporting week now underway in the city.

Hundreds of them will be among the thousands who come from across Europe to take part in a number of top quality events.

Like the week’s organisers and partners, they want local people to be inspired by the big week, to compete in and to enjoy sport.

The week is being supported by Swansea Council and Welsh Government. It’s being organised by IRONMAN and British Triathlon.

“Event organisers are working with our communities on matter such as road arrangements to ensure the best possible experience for everybody.

“2022 is – as we promised – proving to be an unprecedented year of high-flying entertainment and sports events in Swansea. We’ve already had world-class events such as the Elton John tour at the Swansea.com Stadium and the Wales Airshow on the seafront – and there’s still an incredible array of events still to come.”

Athletes Tracey Williams and Lewis Bradley, members of South Wales sports club Celtic Tri, are among those due to take part in IRONMAN 70.3 Swansea.

Tracey was a founder member of the club, launched 17 years ago and now with more than 300 triathletes, and Lewis is one of its newest members.

Tracey said: “This big week will shine an international spotlight on our home area and I think that those who come here to take part or support will be amazed at what this part of the world has to offer.”

Lewis said: “It’s going to be an amazing week of sport in Swansea and Gower; I’m training hard for the IRONMAN event and I know that hundreds more are doing the same!”

The council made a series of policy commitments in June to deliver support – in the subsequent 100 days – to communities that will make a real difference to people’s lives. Delivering a biggest ever events programme was one of those commitments.

It will bring some of the best paratriathletes in the world to the city to swim, bike and run, with the SA1 Waterfront providing a hub setting for the action.

The elite action will be preceded by a GO TRI Disability Aquathlon. This will provide an accessible swim-run opportunity for local people with a disability. There will also be a leg of the British Triathlon Paratri Super Series when up-and-coming paratriathletes will take to the course.

Volvo 2022 World Triathlon Para Series Swansea is one of three races of its kind in 2022 ahead of the World Triathlon Para Championships in Abu Dhabi. Swansea will follow Yokohama in May and Montreal in July and takes place a week after Birmingham 2022 hosts paratriathlon for athletes with a visual impairment.

This year’s event is part of a three-year commitment to host a World Triathlon Para Series race in Swansea through to the Paris 2024 Paralympic Games. The racing will be available to watch around the course, as well as provide opportunities to volunteer and help make the event a success.

New in 2022, IRONMAN 70.3 Swansea will make its debut on Sunday, August 7, with a middle-distance swim, bike, run event. The first IRONMAN 70.3 event to take place on Welsh soil, it will see close to 2,000 athletes enjoy the outstanding natural beauty and dramatic coastal landscapes of the scenic coast.

Starting with a 1.2-mile swim at Prince of Wales Dock, athletes will undertake a 56-mile bike ride along the sweeping waterfront of Swansea Bay, through Mumbles, and across the hills of the Gower before completing a 13.1-mile seaside run. With an epic festival finish in Museum Gardens, athletes will race down the iconic IRONMAN 70.3 red carpet to receive the inaugural IRONMAN 70.3 Swansea medals.

Both events will give local residents and visitors the chance to watch – and take part in – top-class sport. They will shine a global spotlight on Swansea as thousands of athletes – some world-class – will take part over the two days.

Thousands of leaflets, including route maps and road closure schedules, have been mailed to local householders by organisers.

Residents, visitors and businesses with queries about arrangements such as road changes can email swansea@britishtriathlon.org and swansea70.3@ironmanroadaccess.com.