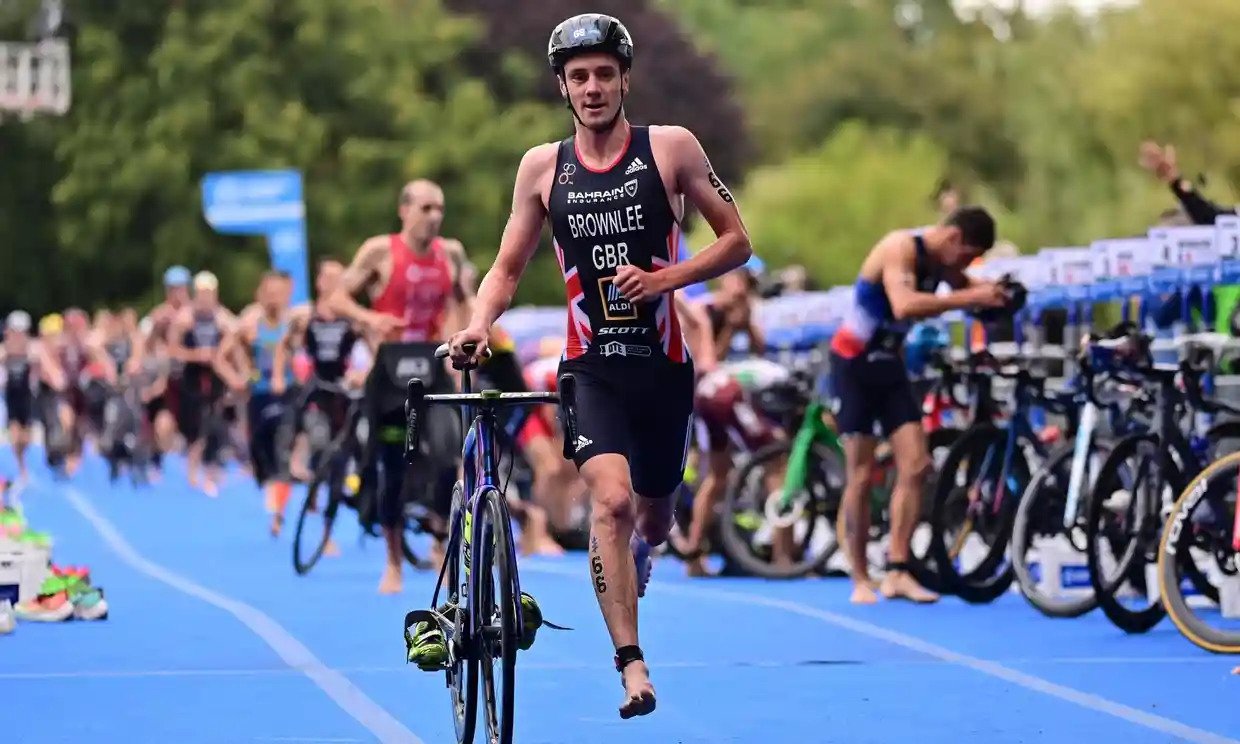 Some of Britain’s top triathletes and paratriathletes will be leading the way as Swansea hosts a weekend of top international sport.

Double-Olympic triathlon champion Alistair Brownlee will be among the elite athletes taking to the water and the roads across the city and Gower this Sunday (7 August) in the first IRONMAN 70.3 Swansea event.

Welsh paratriathlete Rhys Jones will be taking part in the Volvo 2022 World Triathlon Para Series Swansea the day before – fresh from his fifth place at the Commonwealth Games at the weekend.

Around 2,000 athletes will be participating in the IRONMAN 70.3 event, 700 from the Swansea area alone, with around 10,000 spectators expected to line the route.

Top IRONMAN professionals will include Britain’s Kat Matthews. She won the 2021 IRONMAN UK race in Bolton and came second at the IRONMAN World Championship event in May this year.

Weekend organisers IRONMAN and British Triathlon are being supported by Swansea Council in their efforts to make it a safe and inspiring weekend for all.

Robert Francis-Davies, council cabinet member for investment, regeneration and tourism, said the weekend promises to be an amazing event on Swansea’s doorstep, with the 70.3 alone boosting local tourism and businesses by around £2.5m.

He said: “Alistair Brownlee made his mark on the world of athletics in our incredible Olympic summer of 2012 when he won his first gold in the triathlon. He repeated the feat in 2016.

“That was the same year in which he and brother Jonny made international front page headlines when Alistair helped his exhausted brother over the line in the Triathlon World Series.

“Now he’s coming here for the first time and his presence alongside nearly 40 other pro athletes – including the incredible Kat Matthews – is a measure of how big an event IRONMAN 70.3 Swansea is.

“I want to thank all the participants and fans for coming but also the residents and businesses in Swansea who are helping make IRONMAN 70.3 Swansea and the Volvo 2022 World Triathlon Para Series Swansea events possible.”

Swansea’s IRONMAN event was sold out to participants within two days of going on sale and has attracted an international field with competitors travelling from the USA, Australia, South Africa and across Europe.

The IRONMAN 70.3 Swansea course starts with a 1.2-mile swim in Prince of Wales Dock and includes a 56-mile bike ride through the Gower and a half-marathon run, finishing at Museum Green in the city centre.

More than 100 elite paratriathletes will feature in the Volvo World Triathlon Para Series on Saturday, where they’ll swim, cycle and run mostly in the SA1 area.

Apart from Rhys Jones, another one to watch is George Peasgood who took silver in the Tokyo Paralympic Games last year and Claire Cashmore, who’s competed at five Paralympic games and has picked up eight medals in the process.

Dobbies search for Swansea’s ‘Not Your Average Gardener’