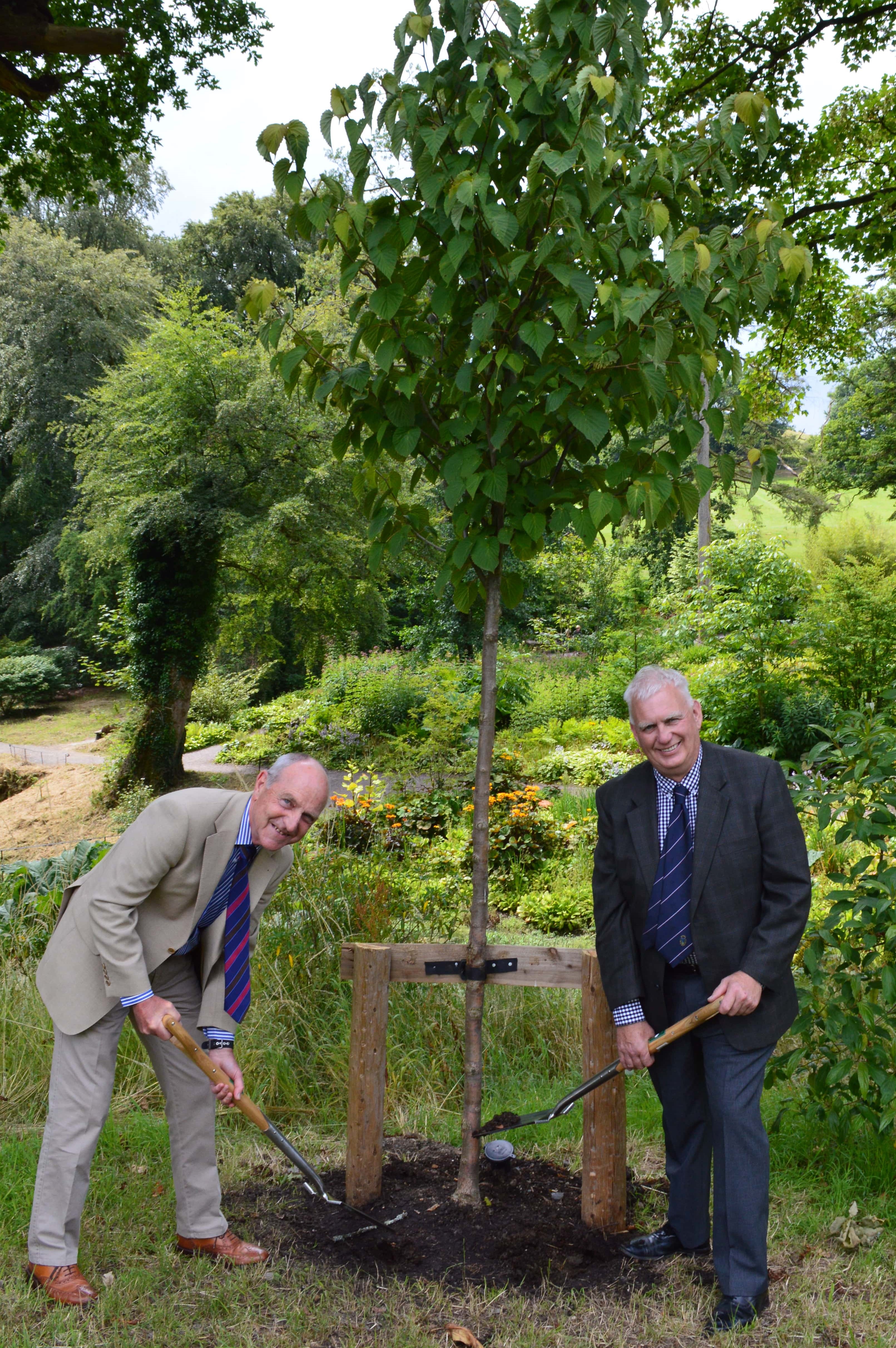 To celebrate HRH The Queen’s Platinum Jubilee Aberglasney Gardens has planted a rare Handkerchief Tree to commemorate the occasion.

The Handkerchief (Davidia involucrata) tree is the first of its kind in the Gardens. It is a rare but highly sought-after tree, native to China. Also called the dove tree, it’s named after its beautiful white, flower-like bracts, which appear to flutter, like doves or handkerchiefs, in the slightest breeze.

According to Chinese legend, the handkerchief tree is the most romantic tree in China. It was introduced to the UK in the late 19th Century, by the famous plant collector named Ernest Wilson. He brought seeds back to the UK and his first tree flowered in 1906.

Aberglasney’s Platinum Jubilee commemorative tree will be added to the Queen’s Green Canopy map, which is a digital record of the Jubilee tree planting projects across the United Kingdom.

Her Majesty and The Prince of Wales planted the first Jubilee tree in the grounds of Windsor Castle in March to mark the launch of the Queen’s Green Canopy.

With a focus on planting sustainably, the Queen’s Green Canopy Initiative encourages the planting of trees to create a legacy in honour of The Queen’s leadership of the Nation, which will benefit future generations.

Jim Stribling, Aberglasney’s Director of Operations, said, “The ethos of the Queen’s Green Canopy initiative is perfectly in line with our views on planting here at Aberglasney. We choose additions to these established areas carefully. We feel the unique beauty of the handkerchief tree marks the special occasion that is the Platinum Jubilee as well as offering visitors to the Gardens an opportunity to see a rare species when they visit.”

Aberglasney’s Board of Trustees retiring Chairman, Peter Burgess, and newly elected Chairman, Phil Ratcliffe, helped the team of gardeners plant the tree. Helen Scutt, member of the Board of Trustees, as well as a well-known local garden designer and landscaper, chose the tree.

Aberglasney’s woodlands were probably planted in the early 1800s, when improving landowners replenished the timber stocks of the estate.