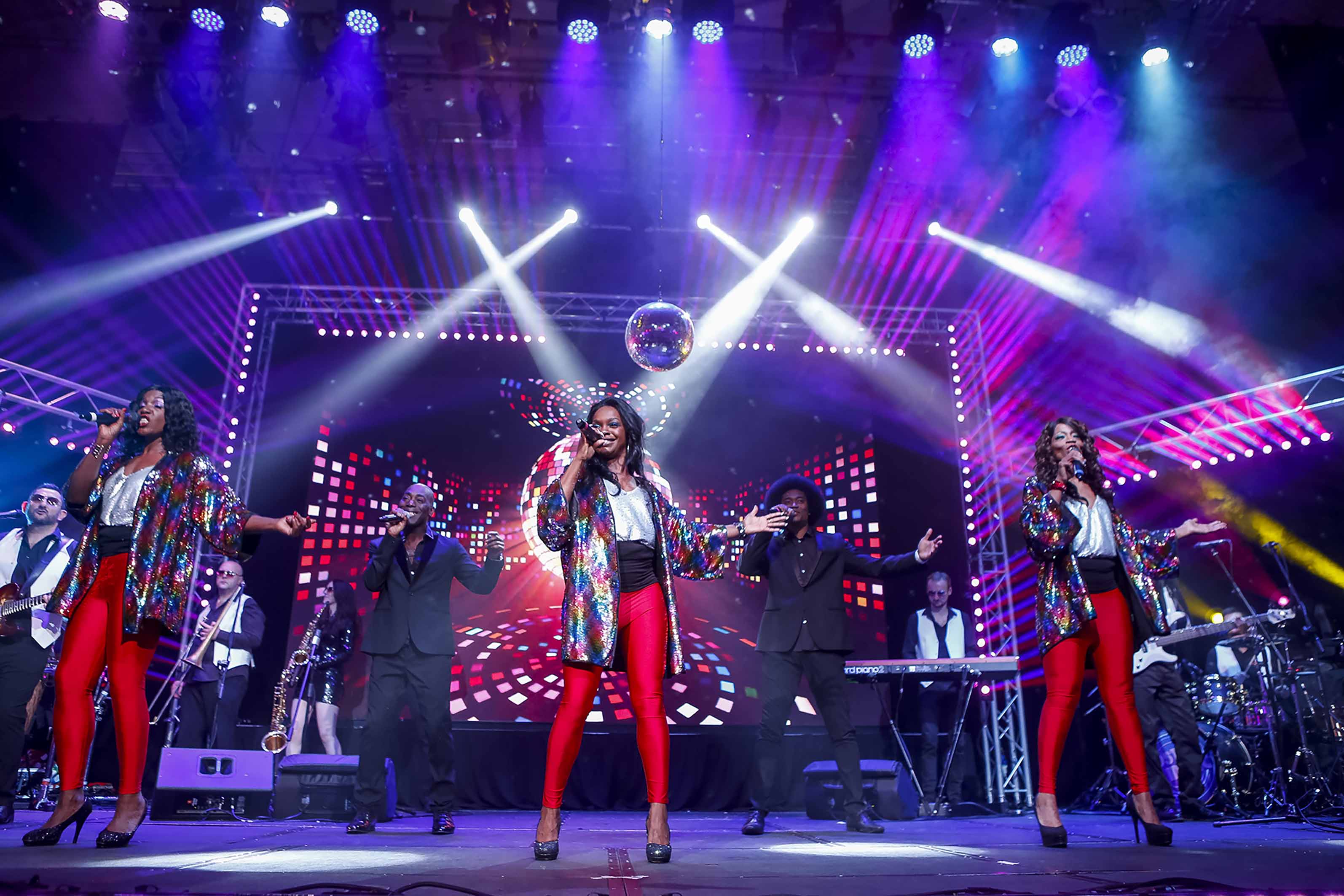 Hit 70’s concert show Lost in Music – One night at the disco is coming to Swansea’s Grand Theatre on Friday 9 September.

“It was a time when Motown Records’ biggest stars began to get funky,” he says. “Philadelphia Records became a hit song conveyor belt with its distinctive combination of soulful vocals and lush arrangements. And, soundtracks of movies – from Shaft to Car Wash – lifted the world to its dancing feet.”

“Our company Entertainers produces scores of hit touring shows including the Magic of Motown, Fastlove, The Rocket Man and Thank You for the Music,” he says. “But, Lost in Music is by far our liveliest production. It’s non-stop dance anthems from curtain up.”

In fact, James admits a couple of mid-tempo tunes have had to be added to the 32-song set list to ‘give the audience a breather’.

“From worldwide ladies’ anthems like I’m Every Woman and I Will Survive,” says James, “to the Nile Rogers/Bernard Edwards-produced Everybody Dance, We Are Family, I’m Coming Out, I Want Your Love and – of course – Lost in Music; plus the greatest hits from New York’s legendary Studio 54 Discotheque: You Make Me Feel Mighty Real, More than a Woman and Disco Inferno; and soul anthems Ain’t No Stopping us Now and Boogie Wonderland – it’s disco wrapped up into two hours of non-stop hits.”

Backed by a talented live band, Lost in Music stars a cast boasting stunning vocals which combines this with the extravagant dance moves and fabulous fashion of the era, to bring the best the late Seventies had to offer to life, live on stage.

“Audiences are taken on a musical journey straight to the heart of disco by a band that just wants to play in front of crazy fans,” promises James. “Concertgoers are encouraged to come dressed to impress and to get involved.

Touring the UK with more than 200 dates in the diary for 2022, Lost in Music is coming to Swansea’s Grand Theatre on Friday 9 September 2022. Tickets are on sale now.