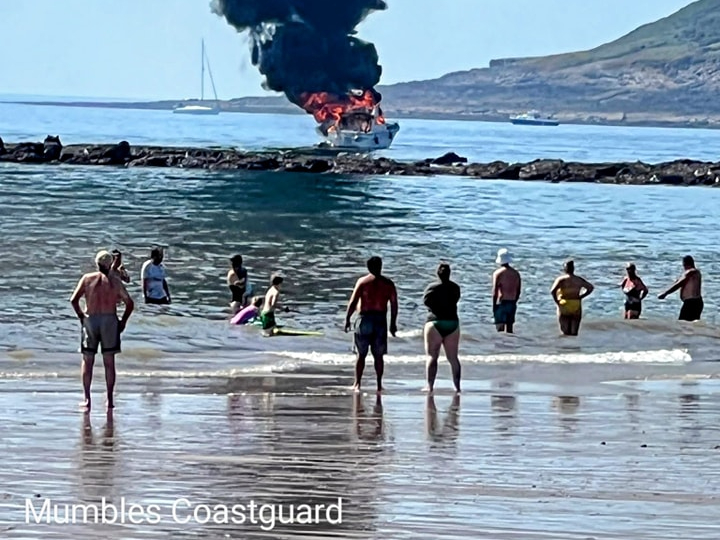 Dramatic pictures capture a small boat that caught fire off Caswell Bay in Gower on one of the hottest days of the year yesterday (Saturday 13 August).

The Coastguard, based in nearby Mumbles, published the images after they were called to the scene at around 12.39pm.

People onboard were evacuated by lifeboat.

In a statement online, HM Coastguard said: “Coastguards and Lifeguards worked together to create a cordon on the shore while the craft continued to burn. Eventually running around at Brandy Cove.

“Coastguards continued to maintain a perimeter while fire fighters tackled the fire with portable equipment on Brandy Cove.

“Due to oil / fuel contamination the decision was made to evacuate all bathers from the water untill the impact of the pollution can be fully assessed.

“We thank everyone for their cooperation during this emergency. Thank you to all the partner services involved.

“We ask the public to stay away from the wreck as it poses a hazard until it is recovered.”

Related Topics:boatsCaswellfeaturedfireGowerHM Coastguard
Up Next