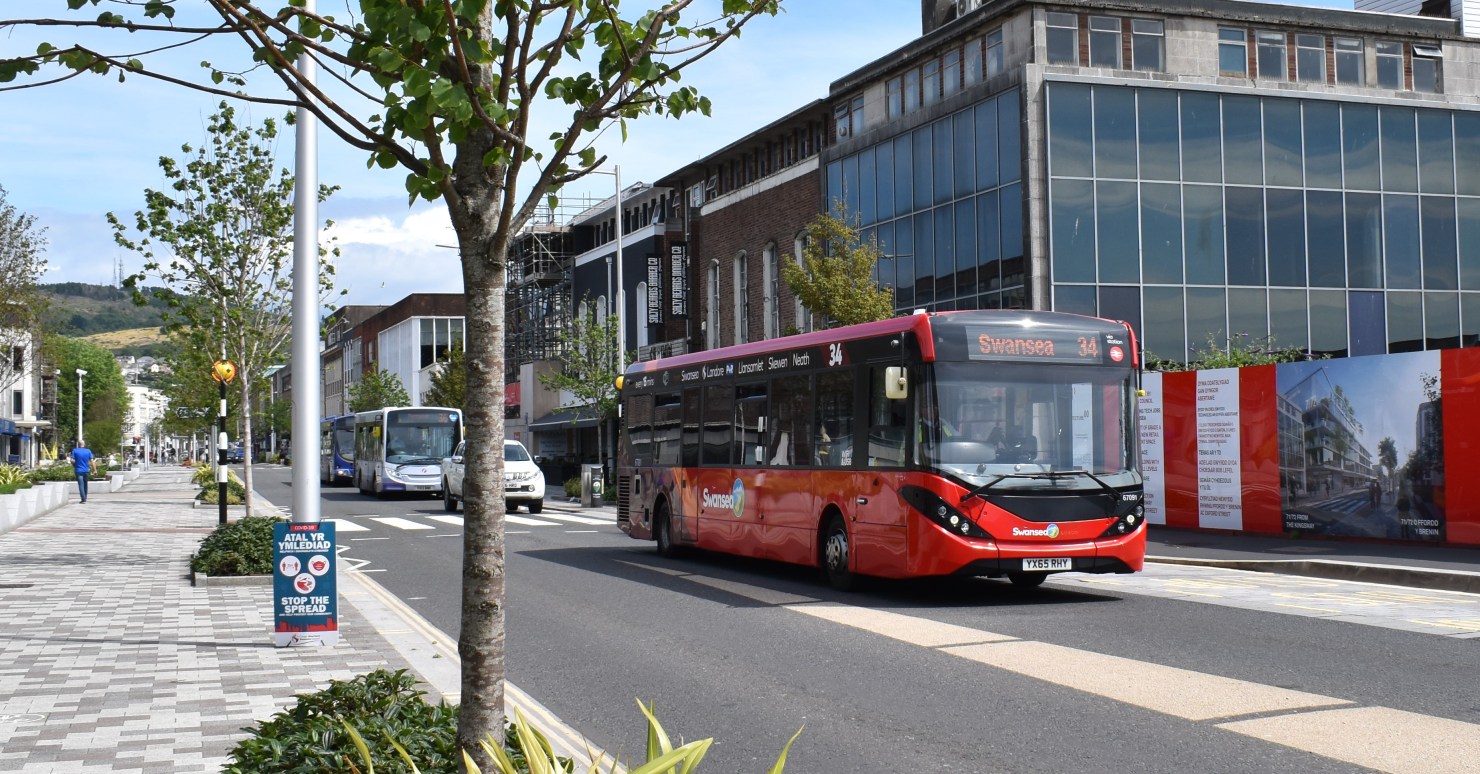 Regional bus operator First Cymru have announced some changes to their bus services in Swansea, Carmarthenshire and Pembrokeshire in August and September.

The changes include introducing new routes and rerouting others.

From Sunday 28 August, the X11 service is being rerouted in Burry Port at the request of the county council. The service will no longer run along Glanmor Terrace in the town, but will run along the coastal bypass before travelling past the new Ysgol Parc-y-Tywyn and joining the existing route along Church Road.

The 302 service between Milford Haven and Hubberston to Haverfordwest and Withybush Hospital will be extended to run to Withybush Industrial Estate from Sunday 28 August.

The 349 service between Tenby and Haverfordwest will extend to Withybush Hospital from Sunday 28 August on the request of Pembrokeshire Council.

The Service 8 University bus between will see its frequency increased to every 30 minutes from Sunday 21 September due to university arrivals. Then from 25 September the service will revert to its University term timetable.

Also from 25 September a brand new Service 8A will run as a shuttle service between Hendrefoilan Student Village and the University’s Singleton Campus.

Service 9 and 9A will be merged from 25 September into a new Service 9 route providing a through-service between the University’s Singleton Campus and Bay Campus travelling via Swansea Bus Station and Fabian Way Park & Ride.

Service 10 will increase its frequency to run on its term time timetable, and a new Service 10A shuttle service will begin operating from Monday to Friday in the morning and afternoon peaks between the City Centre on Kingsway and Bay Campus. When combined with services 8 and 10, this will then provide a bus to the University campuses up to every 6 minutes.

In Townhill and Mayhill, Services 11, 12 and 13 will see their routes changed slightly in the city centre from 25 September to run via Kingsway to provide another city centre stop. The timetable will also be altered slightly due to the new route.

In West Swansea, Service 20 to Derlwyn will see its some slight changes to its timetable, while Service 20A will no longer serve Wimmerfield Avenue in Killay.

Service 21A to Three Crosses will see it’s service number change to 21 instead. There will also be some slight changes to its timetable.

A new Service 23 is being introduced from 25 September which will operate hourly between Swansea and Killay running through Swansea University, Singleton Hospital and also Wimmerfield Avenue in Killay.