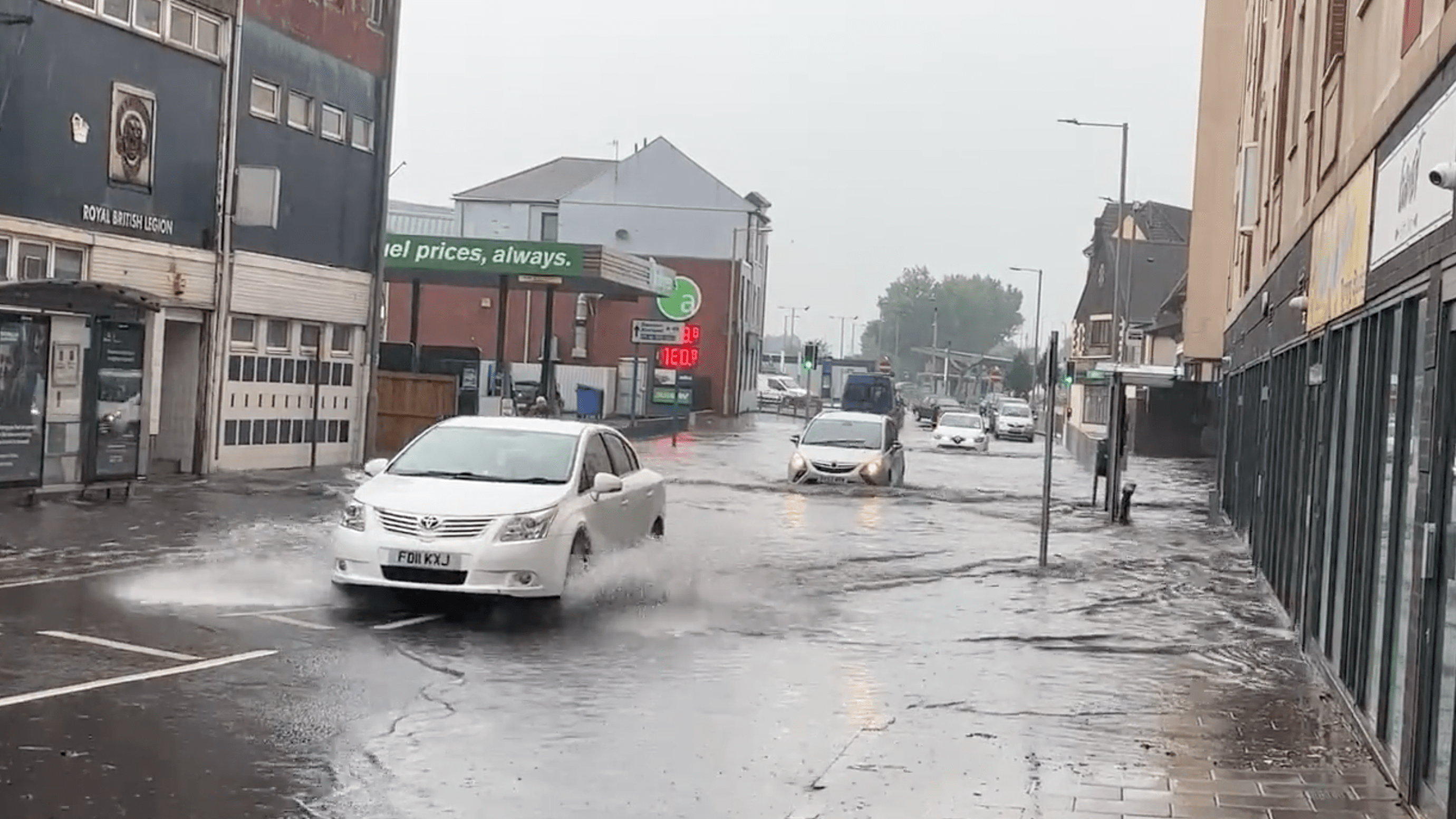 Parts of Port Talbot town centre were underwater today as torrential rain led to flash flooding as the heatwave came to a dramatic end.

The M4 was also waterlogged causing poor driving conditions between junctions 37 and 38 for Pyle and Margam.

The Met Office issued a yellow warning for slow moving thunderstorms that could cause further disruption, including flooding.

A map tweeted by the Met Office appears to show the worst of the storms heading towards Swansea.

The Waterstones book store on Swansea’s Oxford Street was forced to close as water poured into the building from the roof.

Swansea gardeners encouraged to grow your own fruit bowl