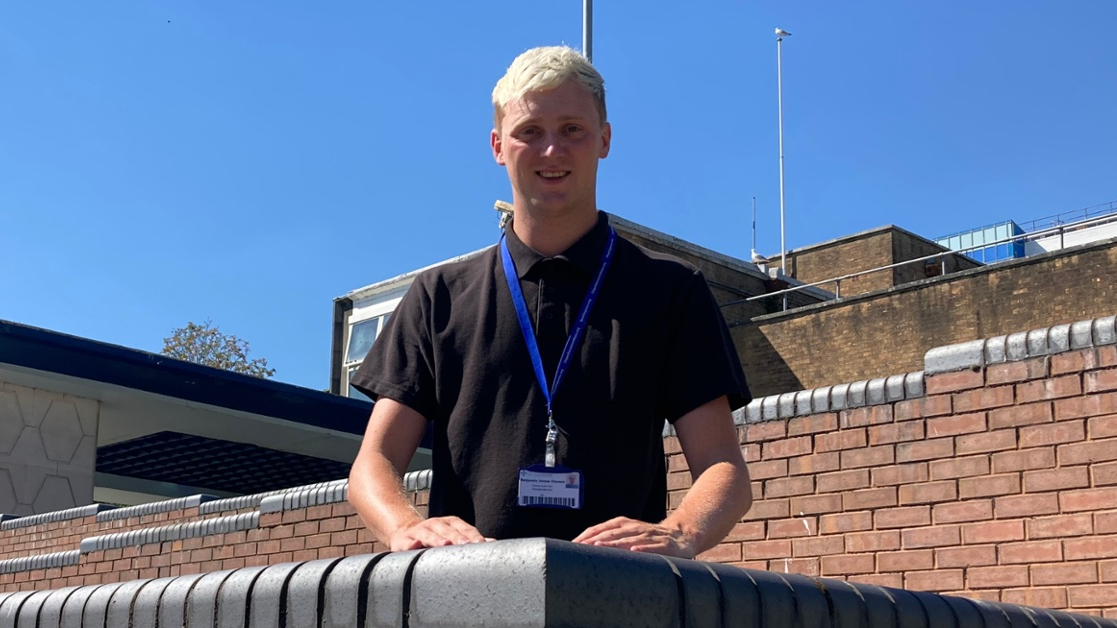 Swapping the hospital reception desk for his DJ decks will see Ben Vincent fulfil a dream this weekend in front of thousands of music fans.

He will play his biggest gig yet with the opening set of the Escape Festival in Singleton Park.

Ben, 25, said: “The nerves are already kicking in but I just can’t wait to get up there and perform.

“I can’t contain my excitement – it’s a dream come true.

“Having the chance to play at the event in any form is a huge honour but to play the opening set on the main stage is a whole new level of excitement for me.

“It’s not every day you get an opportunity like this and if you could tell 17-year-old me that I’d be playing the main stage in any festival, I’d have cried with excitement.

“This festival has been running in Swansea since 2000 and has been a huge part of the Welsh music scene for so long.

“It showcases heaps of talents from local artists to huge names from across all genres in the UK. Having been as a punter in the past, it’s extra special for me because I know what an incredible event it is from start to finish.”

Now his stage name – DJ Vincent – will be in lights alongside some of the greats of the DJ world including Judge Jules, Lisa Lashes and Sub Focus.

He’s come a long way since starting out his DJ journey in his bedroom eight years ago.

Ben has played the local circuits in Swansea, along with appearing in Bristol and, most recently, in Prague.

“It started out as just a hobby after watching major festivals like Tomorrowland, Ultra Music festival and UK festivals such as Creamfields and Boomtown online,” he said.

“Music has always been my passion so it inspired me to give it a go and just mess around with songs at home.

“A few years later I was fortunate to get an opportunity with a local music company called HEFT. Following two other shows with them I was asked to play regularly and I haven’t looked back.”

As the big day draws nearer, Ben will be mixing his records with his day job in Singleton Assessment Unit.

He’s been part of the SAU reception team since February, and has received a lot of support from his colleagues.

He said: “I am one of six receptionists in a busy department. The team is like a little family, and they’re really happy that I’ve got the opening slot.

“As a team we book patients in to the unit on arrival as well as looking after inpatient files and records.

“I joined because I wanted something challenging and where every day is different – SAU certainly checks those boxes.”

And as for his music collection for Saturday, he’s close to finalising his 45-minute set, which is predominantly drum and bass.

“There are a lot of feel-good summery tracks in my set and few other extras in there as well,” he said.

“I’ve got some tracks from artists such as Wilkinson, Kanine and High Contrast just to name a few – I’m really happy with what I’ve got planned.

“Hopefully the crowd will like the set and I’ll get a good reaction.”