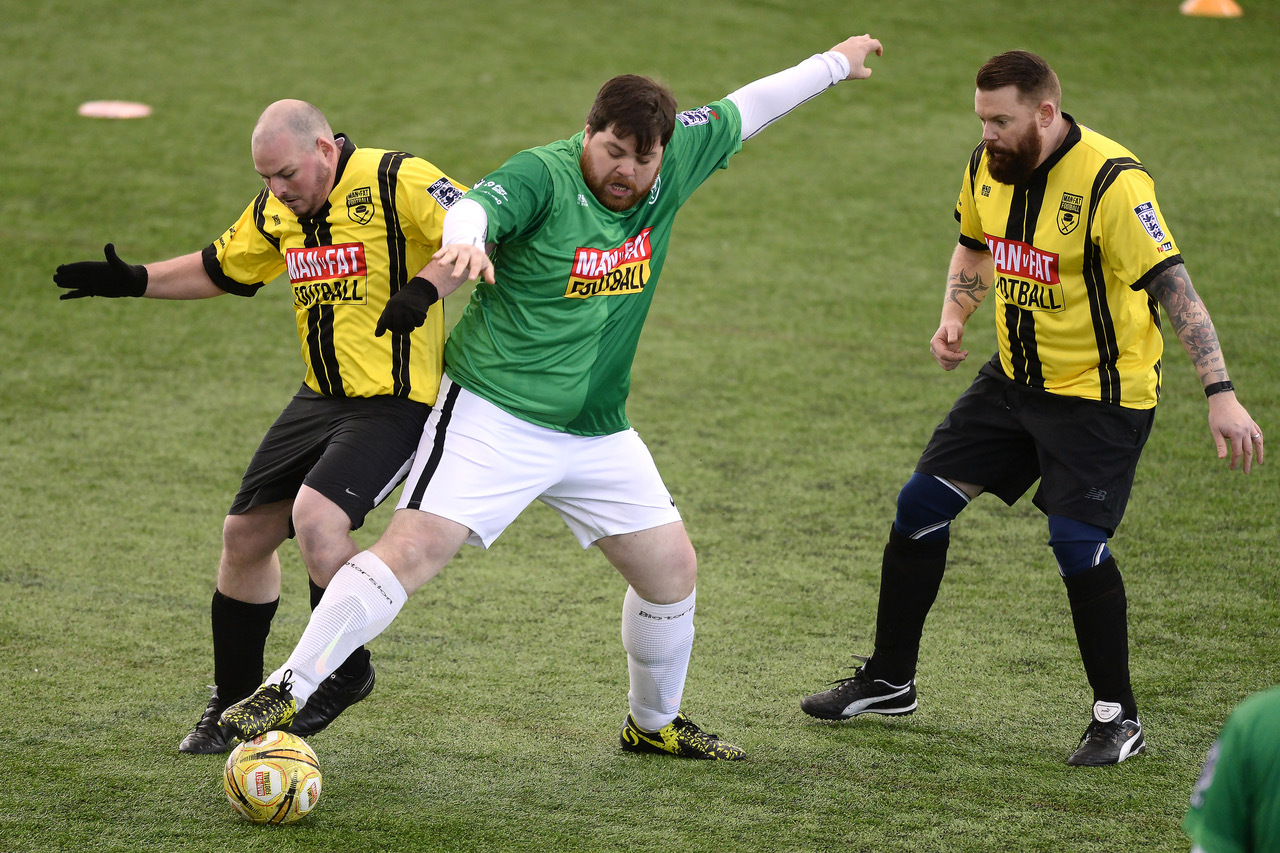 A football club aimed at helping overweight and obese men in the Swansea area get fit and learn about healthy lifestyle, has celebrated its ‘first birthday’ after helping 88 players lose 900kg, or 2,000 pounds of excess weight, in the last year.

As part of its one-year anniversary celebrations MAN v FAT Football’s Swansea players recently played against a PureFootball Swansea All-Star side featuring Swansea City FC royalty, Leon Britton, who made over 450 league appearances for The Swans.

On the day, players wore one-of-a-kind new kits presented by PureFootball in partnership with The Bootroom, a Swansea charity that provides football equipment for children whose families face financial difficulty.

The club’s coach, Ben Gleeson explains: “I cannot believe just how far our players have come in terms of their self-confidence, self-belief and desire to take on challenges. I couldn’t be prouder.

“We would also like to say a huge thank you to PureFootball Swansea for everything they do for us. Playing against their All-Star team that featured one of our players’ heroes in Leon Britton was a dream come true.”

The MAN v FAT Football club in Swansea takes place at PureFootball on Llaygenfelach Road from 7pm on Tuesday evenings, its fourth 14-week season started on Tuesday 9 August.Before matches, players are weighed, which is followed by a 30-minute game of six-a-side football, with extra goal bonuses awarded to teams based on the amount of weight players have lost.

MAN v FAT is an FA-affiliated scheme, which has more than 15,000 players taking part in over 170 clubs across the UK.

The programme was created by Andrew Shanahan, who, fed-up with traditional weight loss classes primarily aimed at women, decided to develop a programme that combines the beautiful game with achievable weight loss goals for men.

The total amount of weight lost by MAN v FAT players in the UK currently stands at around 460,000 pounds.