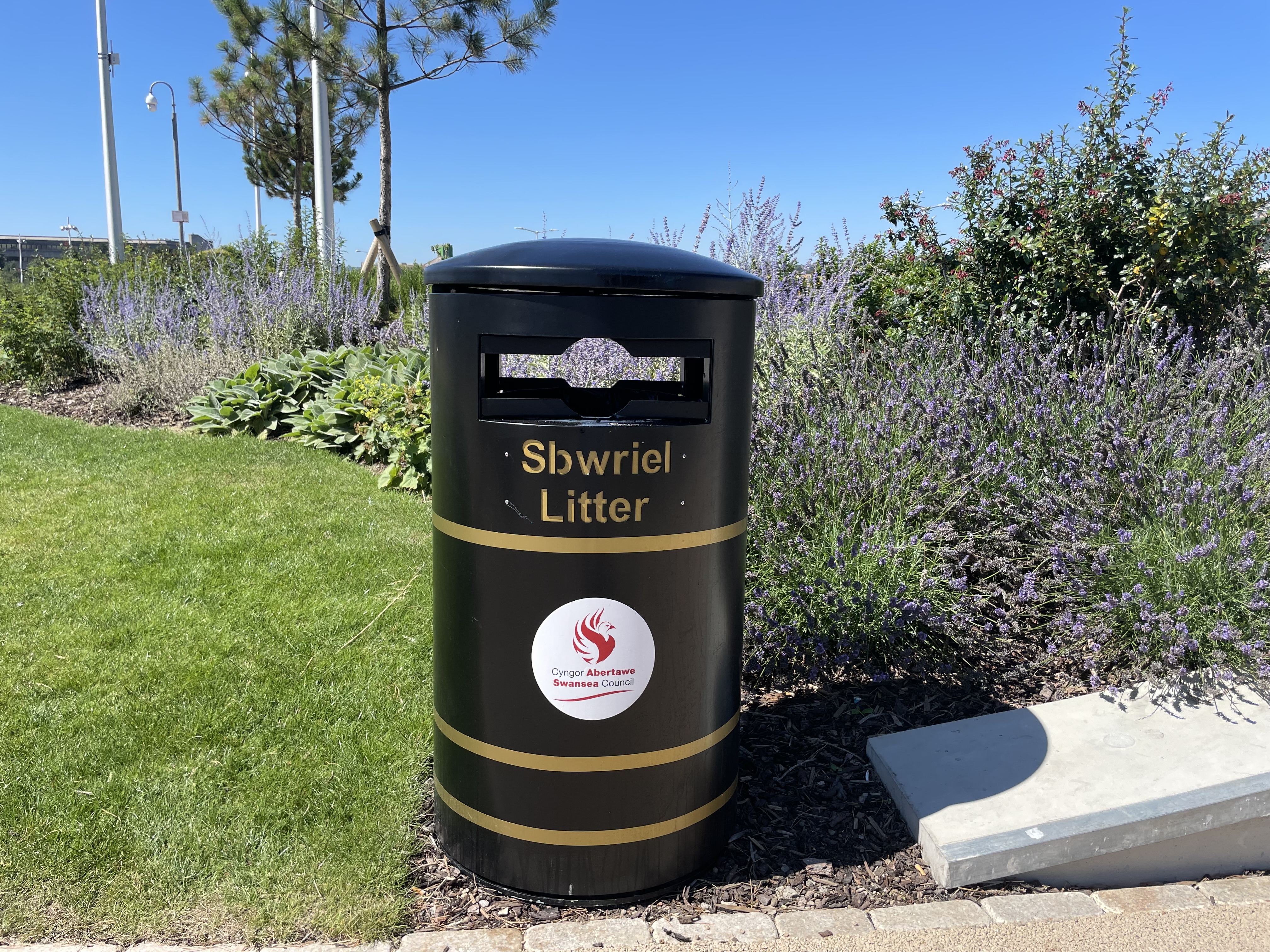 The council say they plan to replace bins in communities around the city which residents will be able to use for any kind of litter, which will either be new replacements for dog bins or worn out or damaged litter bins.

Cyril Anderson, Cabinet Member for Community Services, said the new initiative is designed to upgrade bin provision across Swansea and to support residents and dog owners to do the right thing with their litter or pet’s poop.

He said: “We’ve already got lots of separate litter and dog waste bins around the city. Our commitment is that we will only remove existing ones where they can be replaced with the new all-purpose bins, so there will be no reduction at all in overall bin provision.

“Most residents are doing the right thing with their litter and pet waste. But we want to remind people that if the bin is full or there’s not a bin nearby, then they should take the waste home with them.

“We also want dog owners to know that they are welcome to dispose of their pet’s waste in a litter bin. Dog waste must be bagged and binned or taken home, but it does not have to be put into a dog waste bin, the nearest bin of any kind is fine.

“We’ve put signs on some of our litter bins in our parks, near beaches and elsewhere to remind people of this.”

Cllr Anderson said: “Too often lazy owners leave a bag of dog poo on top of a dog poo bin rather than lift the lid and put it in. That leaves others thinking the bin is full and rather than taking the waste home they dump it on the bin or nearby instead.

“It’s incredible the number of times our cleaners turn up at a bin with all the waste just left nearby only to find the bin itself is practically empty.”

The council says plans for new multi-purpose litter bins are part of its new litter strategy, which also includes measures to increase enforcement action against those who don’t do the right thing by their community by disposing of litter or dog waste properly.

The initiative is also part of the council’s policy commitments pledge signed off in July, which promised to make progress on upgrading bins within 100 days.

Also in the pipeline are discussions about introducing new smart bins which send messages to the clean-up team to let them know when they are full.

And this action comes on top of the council’s recruitment campaign that is aiming to create a team of ward cleansing operatives, whose job it will be to visit every ward in Swansea clearing weeds, vegetation overgrowth and dealing with long-standing littering and fly-tipping problems.

Cllr Anderson said: “Litter and dog waste bins are an important part of our communities’ environment. We all want to be proud of where we live and there’s nothing like clean open spaces that encourages us to feel that way.

“But it’s important that as the council spends millions of pounds a year clearing litter and dog waste, residents and visitors play their part too. Our message is: don’t dump litter, always pick up your dog’s waste and dispose of it all thoughtfully.”