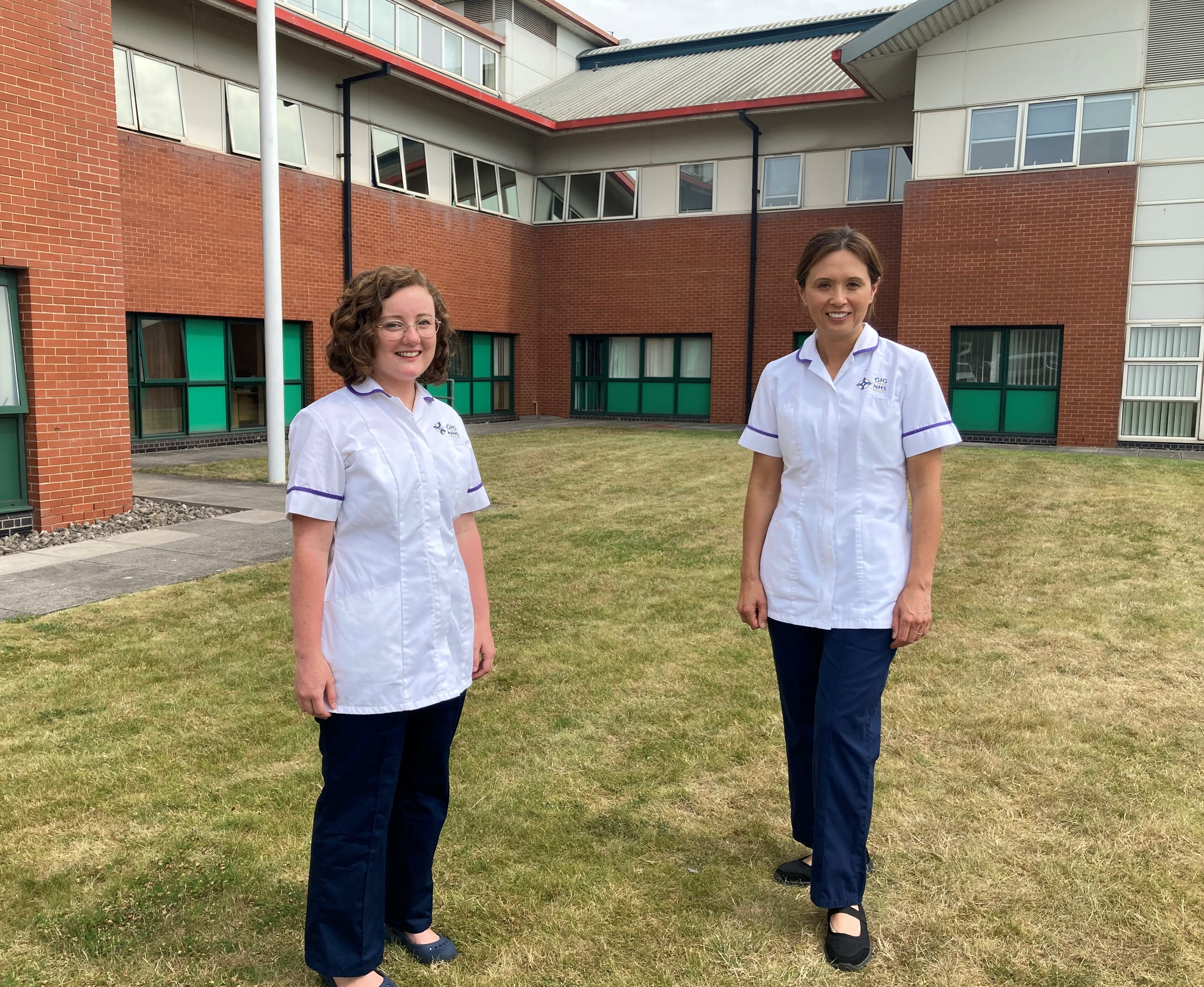 The service, run by the health board’s IBS lead dietitian, provides specialist advice to people diagnosed with the condition.

IBS affects the large intestine and symptoms can include cramping, abdominal pain, bloating, gas, and diarrhoea or constipation, or both.

While there is no cure, diet changes can often help to control the symptoms.

Those who are referred to the service are given a specific diet which, by eliminating specific foods at a time, can help them identify what is triggering their symptoms.Once their symptoms have alleviated, another session is offered to support them in reintroducing foods and expanding their diet.

Sioned said: “What we were able to provide in our general dietetics service before, was not bringing adequate symptom relief for a lot of people, so that’s why we set this service up.

“Our most frequent intervention is the low FODMAP diet, which is provided through group sessions wherever possible. As part of that, each person goes through an elimination stage and then a reintroduction stage.

“There are two group sessions; the first goes through the diet and learning how to eliminate everything that could potentially be a problem.

“They do that for around six to eight weeks and in most cases their symptoms are alleviated.

“If that’s the case they come on to our second group session which is where we try and reintroduce foods and expand their diet.”

A FODMAP (which stands for fermentable oligosaccharides, disaccharides, monosaccharides and polyols) is made up of groups of foods that are not easily digestible.

The process the large bowel uses to digest these foods is fermentation, which creates extra gas and fluid in the bowel.

“Some people with IBS tend to be very sensitive to that process,” Sioned added.

“That’s why they experience horrible symptoms whereas other people without IBS tend to not even notice it happening.

“The process the service offers really empowers people to manage their own diet.

“What we often see is that, before people have had access to the service, many have been really restrictive with their diets themselves.

“Whenever they have symptoms they think ‘what did I eat last?’ and then they cut out all these foods – when a lot of the time they didn’t need to.

“Even though it is initially a restricted diet, many people eventually end up with a broader diet.”

Patients can be referred into the service by their GP, once they have been diagnosed with IBS and have been screened to rule out coeliac disease (a condition where your immune system attacks your own tissues when you eat gluten).

Joe Royles, from Neath, suffered with IBS for as long as he could remember and would only eat meals when he needed to.

The 26-year-old, who also suffers with a hiatus hernia (a condition where part of the stomach pushes up into the lower chest through a weakness in the diaphragm), said the support he has received from the service over the last year had changed his life.

“I had difficulty eating due to my IBS and hernia and at one point I lost around 8kg in one month,” Joe, pictured, said.

“I suffer with acid reflux and everything I was eating and drinking was causing it to burn whenever I ate.

“I was also going to the toilet around six or seven times a day.

“The IBS was also affecting my weight. I only had one meal a day but because it was so high in calories it kept me at a stable weight.

“I was eating chips, chocolate, sweets and crisps which are terrible foods but they were safe to me.”

Since being referred to the service, Joe has managed to expand his diet and has even been able to gain some weight.

He added: “I initially had a video call appointment with Sioned and then follow-up appointments. It’s mainly been the support that has really helped me.

“As part of my diet now I eat chicken, sweet potato, cheese and ham omelettes, cashew nuts and fruit such as bananas, apple, raspberries and melon.

“I actually enjoy eating now, whereas before if I didn’t have to eat, I wouldn’t.

“I knew my IBS was never going to be gone but I didn’t know it could be better than what I had at the time.

“I’ve seen a big difference. It has literally changed my life.”

Once each person’s food intolerance has been discovered, they are helped to personalise their diet, as part of the reintroduction phase, to help them find a balance that works for them.

The service also aims to reduce the amount of unnecessary invasive investigations, as well as visits to the GP.

Sioned said: “Many people have had to give up work or be off sick long-term because of their symptoms. So it can really impact on people’s lives and their ability to work.

“When they are going through the process with us, it’s really important that it’s the right time for them to do it because it needs dedication.

“The elimination process lasts for six to eight weeks. During that time they tend to find it quite difficult to go for meals out because they’re quite restricted.

“The diet itself does impact their lives, however, longer term they will need less medication, fewer visits to the GP and they’ll be less likely to need invasive investigations.

“It will also be easier for them to go out for meals and socialise longer term because they will know how to better manage their symptoms.”

The service was initially trialled within Neath Cluster and following its success has now been rolled out to the remaining seven clusters; Afan, Bay Health, City Health, Llwchwr, Neath, Penderi and Upper Valleys.

Sioned added: “Within the Neath Cluster, patients made an average of 2.6 visits to their GP regarding their IBS within the six months before they were referred to the service.

“Then within the six months after our intervention, that went down to an average of 0.1 visits.

“It goes to show that patients become much more self-reliant and much more able to manage their symptoms long term.”

“It has provided patients with support and they have found it very beneficial, thus reducing ongoing contact with GPs.

“It has been great having a service to be able to refer these patients to and seeing its success and now its rollout.”