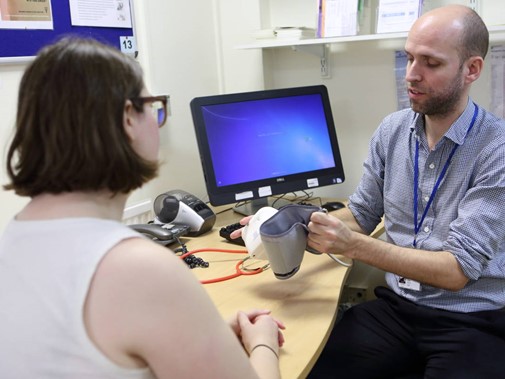 Doctors in Wales have expressed their anger and disappointment following Welsh Government’s pay award announcement last month, with over half saying they are likely to leave the Welsh NHS as a result.

The Welsh branch of the British Medical Association, BMA Cymru say a record number of doctors responded to its pay survey, over treble the response rate of the previous year, indicative of the strength of feeling amongst the profession.

BMA Cymru say doctors issued stark warnings in survey responses that the NHS is ‘close to collapse,’ with an overwhelming number of respondents saying they were exhausted and burnt out.

79% of respondents said the pay award, which will see a below inflation uplift of just 4.5% for most doctors , has further decreased morale.

Dr Iona Collins, Chair of the BMA’s Welsh Council, said the survey findings resonate with what she is hearing from colleagues across Wales.

She said: “Doctors work in the NHS because they believe in the NHS. Both working conditions and pay, however, keep challenging their decision to remain employed by the NHS.

“Doctors’ take-home pay has reduced over several years, making the NHS an increasingly unattractive employer. To make matters worse, doctors are on the receiving end of complex pension tax bills, resulting in some doctors essentially working for free, and others finding out that they have lost money by going to work in first place. This means that doctors cannot increase their usual working hours resulting in no chance of making significant progress to reduce waiting lists.

“It’s not difficult to understand why so many senior doctors are retiring early and younger doctors are moving abroad or finding alternative careers. This situation has got so bad that last year, 52% of NHS consultant physician posts in England and Wales remained vacant.

“We are running out of time. Crisis after crisis in our NHS is making headline news, with the two root causes relating to medical staffing and medical resources. COVID has accelerated a problem which has been evolving for years and there is no point having COVID recovery plans when there is not enough medical staff to deliver the existing services, let alone trying to increase the services available.

“We read so many different reports highlighting the same two problems of not enough staffing and not enough resources. NHS Wales needs to take a good look at how it currently values its medical workforce and reconsider the proposed pay award accordingly.

“Unreasonable pay will simply drive more doctors out of our NHS, after all, when we’re ill, we’re more likely to be treated by a doctor than a spreadsheet”

The BMA say doctors responding to the survey concurred that it is currently impossible to provide excellent care due to lack of staff, and patient safety was flagged as a concern by many respondents.

One respondent called the situation ‘terrifying’. Others echoed concerns around being undervalued and heavily burdened, feeling that the only option is to reduce their hours, retire early, or move abroad despite this adding to the problem.

BMA Cymru Wales representatives say they will meet with the minister for health and social services, Eluned Morgan, next month to discuss the immediate need for action.

According to the BBC, a Welsh government spokeswoman said: “In announcing our pay award for the NHS workforce in Wales, we made clear that without additional funding from the UK government, there are limits to how far we can go to address these concerns in Wales.

“We continue to press the UK government to provide additional funding necessary for fair pay rises for public sector workers.”