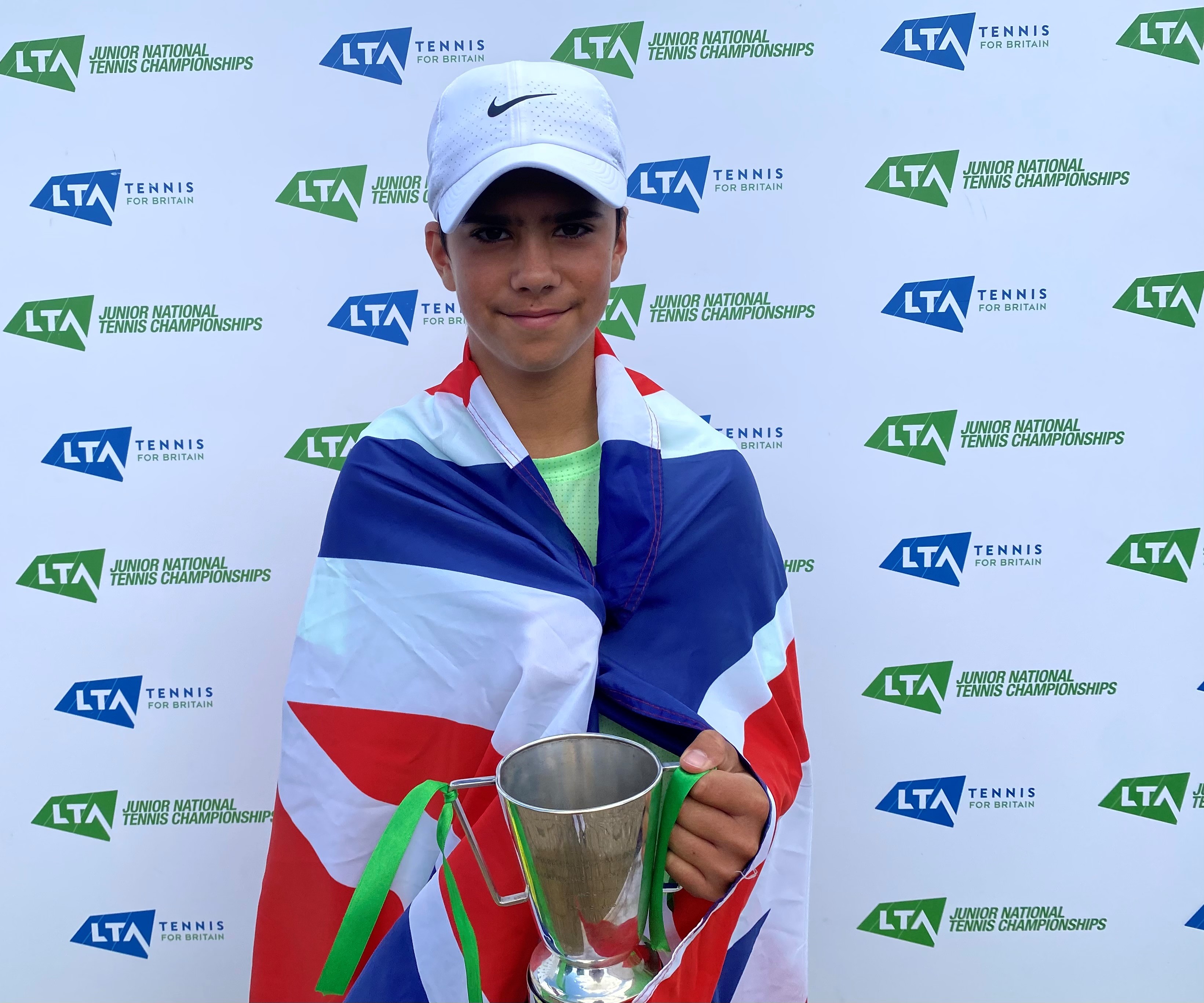 The LTA National Championships saw 277 players in attendance, with Niall facing six matches to win his first GB title against Aran Selvaraasan from Cheshire in the final.

Having played tennis since age three, Niall has become one of Wales’ most promising young players. From attending local training at Cardiff Castle Lawn Tennis club and Cardiff Met University to training at Mouratoglou Tennis Academy in France, his recent achievements have put him on the map for the sport in Wales – and beyond.

Commenting on his success Niall said: “It has been a great year for me so far and I am super happy to finish off as GB National Champion!”

Niall’s win capped a superb event for Welsh tennis as fellow tennis ace Oliver Page claimed the runner-up title in the boy’s under-14 singles event, and Awen Gwilym Davies reached the final of the girl’s under-12 doubles competition.

In the under-14 final Oliver, from Swansea, took the first set against Liam Channon from Surrey 7-6, but saw his opponent win the next two sets 6-1,6-2.

Awen, from Cardiff, and partner Megan Knight lost their under-12 Girls Doubles final against Daniella Britton and Sevil Parviz 6-4,6-2.

Chris Lewis, Head of Performance at Tennis Wales said: “What an amazing achievement from Niall. He joins Mimi Xu, who earlier this year won the under-16 and under-18 girl’s titles, as the best in the UK.

“Congratulations to Oliver and Awen in reaching the finals in their events as well. It has been a great GB Junior Championships for Welsh players and a great end to the summer season”.