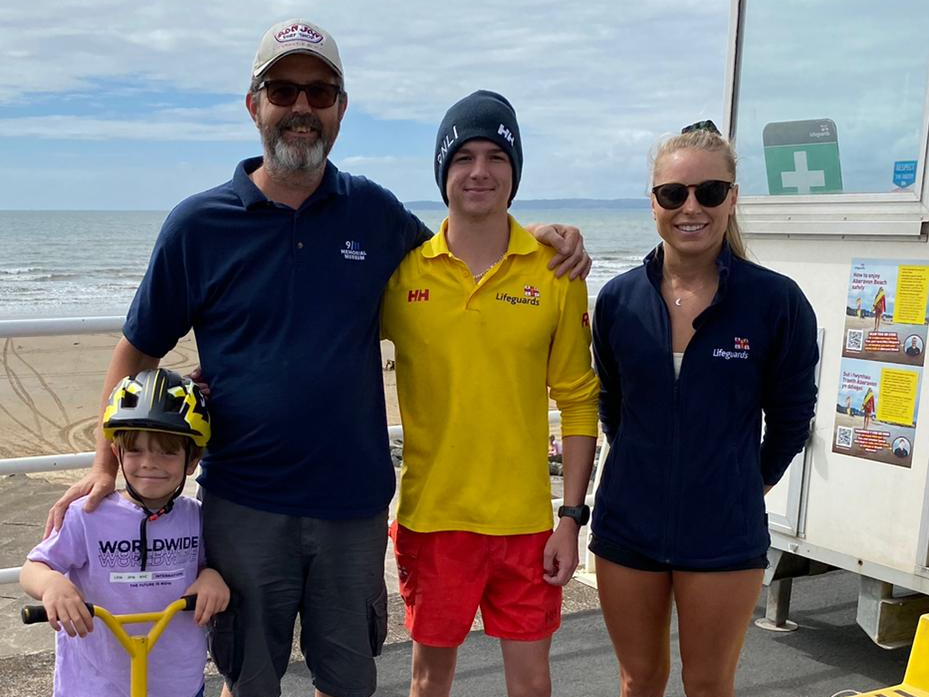 RNLI lifeguards rushed to the aid of a cyclist who collapsed on Aberavon seafront over the weekend.

The man, who was unconscious and not breathing, collapsed at around 4.45pm on Saturday (20 August).

RNLI report that lifeguards Joseph Morris, Ethan Lee and Sophie Phillips rushed to the aid of the man with a trauma kit, with Joseph performing CPR assisted by a nearby off-duty paramedic.

On arrival of an ambulance, paramedics managed to detect a pulse and took the man to hospital. During a debrief, the paramedics told the lifeguards that their quick response and effective CPR helped save the man’s life.

Clive Morris the Lifeboat Operations Manager (LOM) for Port Talbot lifeboat station said: “Can I just say what a fantastic achievement by all involved with this incident at Aberavon Beach.

“On Sunday, we had several messages from the casualty’s family. They are thanking everyone involved with the incident.

“The attending lifeguard team are a credit to the RNLI. Each and every lifeguard involved was calm and totally professional throughout the incident. They provided exceptional care for the casualty, affording him every chance of survival.

The brother and nephew of the casualty (pictured top) visited the lifeguards at Aberavon to pay their thanks.