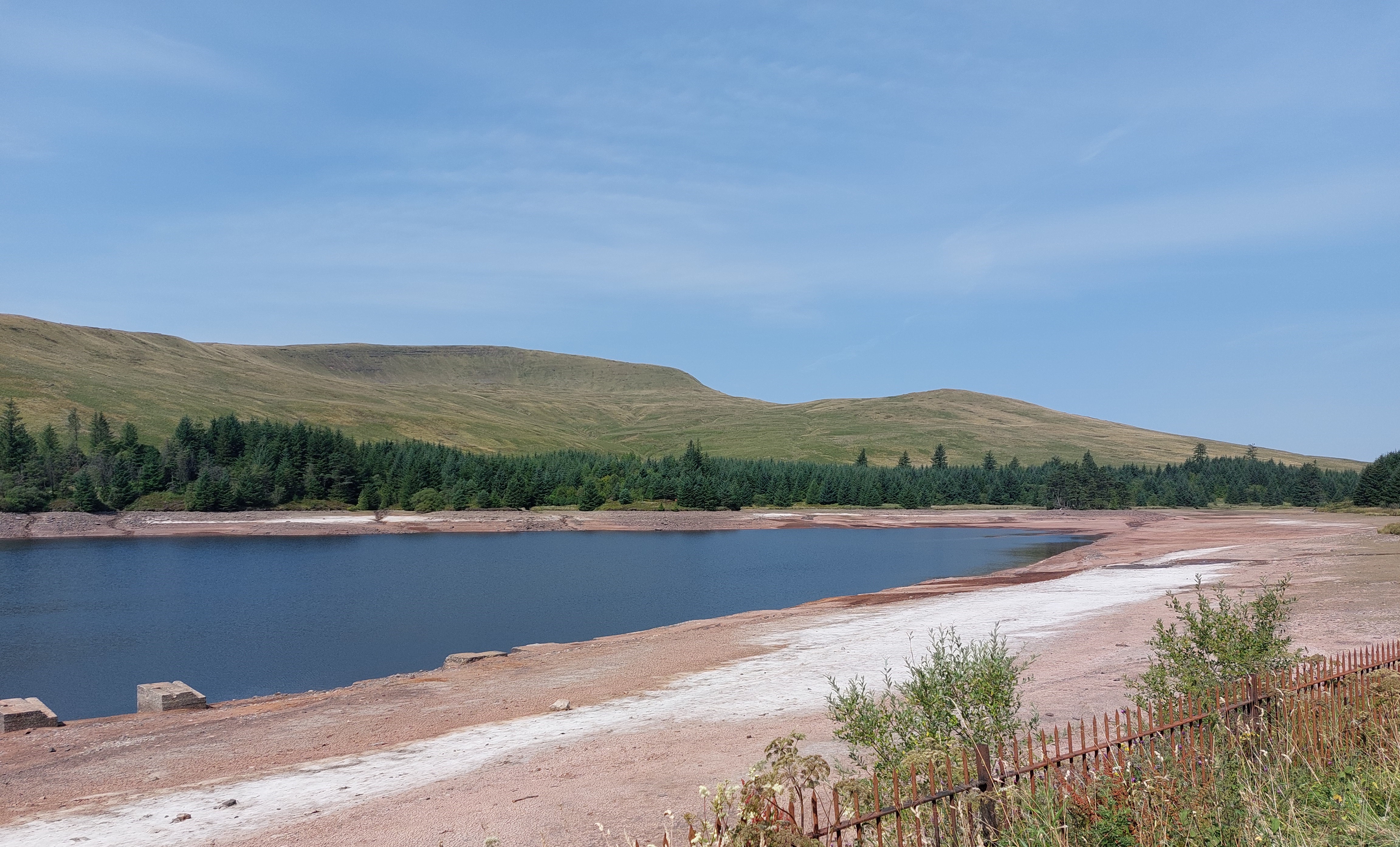 As Wales’ natural environment continues to endure the impacts of the extended period of dry weather, Natural Resources Wales (NRW) has confirmed that South East Wales and parts of Mid Wales will move into drought status from today (25 August).

The decision to move these areas from prolonged dry weather status to drought status was agreed following the meeting of the Wales Drought Liaison Group where the latest hydrological data and the wider implications of low river flows and groundwater levels was considered.

Concerns were raised about the impact these conditions could have on Wales habitats and species, as well as water users in these areas. While essential supplies of water remain safe, the public and businesses in drought affected areas are being urged to be very mindful of the pressures on water resources and should use water wisely.

The announcement comes in the days after NRW confirmed drought status in South West Wales and in response to the pressures high temperatures and the lack of significant rainfall has placed on river levels, reservoirs and the environment across Wales.

As of 22 August, Wales has received 30.8% of the long-term average rainfall for August as a whole (ranging from 15.2% in Pembrokeshire to 53.8% in Conwy). This comes following the driest five-month period in 40 years which saw Wales receive just 61% of its expected rainfall between March and July.

While North Wales and the rest of Mid Wales remains in prolonged dry weather status, NRW continues to monitor other parts of Wales closely where concerns for low flows and the environment still remain.

“With little in the way of significant rainfall in the forecast, and with the impact the ongoing situation is having on the very ecosystems we all depend on, we have taken the decision to move the South East of Wales and parts of Mid Wales into drought status from today.

“With South West Wales already in drought, we’re keeping a close eye on the situation in North Wales and the rest of Mid Wales. We remain in regular contact with water companies, local authorities and other partners regarding any emerging impacts on the environment, agriculture, and water supplies right across Wales, and will not hesitate to take any further action as needed.”

NRW say that over recent weeks, it has also been working closely with the Environment Agency (EA) in England to monitor cross-border environmental impacts and to give careful consideration to any drought declarations in areas which span the England-Wales border.

The EA moved the West Midlands into drought status earlier this week. Given the visible impacts of the dry weather on the Wye and the Severn rivers which flow through both nations, a decision has also been taken by NRW to move the Upper Severn area of Wales into drought. NRW and EA will continue to work together to keep this area under close monitoring.

NRW say the change in an area’s status from prolonged dry weather status to drought is mainly a classification that indicates the severity of the situation rather than requiring different action from people, other than to use water wisely.

For NRW the organisation says it means stepping up its monitoring and engagement with abstractors and remaining in close contact with Welsh Government and its partners regarding any emerging impacts on the environment, navigation, land management, agriculture, and water supply.

The environment body adds that during droughts, water companies can also take measures to reduce demand and conserve supplies where they have areas of concern, such as the Dŵr Cymru Welsh Water hosepipe ban currently in force in Pembrokeshire and parts of Carmarthenshire. People are urged to continue to follow the advice of their local water company and to contact their local authority should they have concerns around private water supplies.

Natalie Hall added: “While we’ve been experiencing some much-needed rain across parts of Wales over recent days, the amounts we have seen are nowhere near enough to alleviate the impacts of many weeks of dry, hot weather. We will need a significant period of more prolonged rainfall to see the levels in our rivers and reservoirs replenished to the levels we need.

“As climate change accelerates, summers in the UK are expected to become dryer, and extreme weather events will become more frequent and intense. While essential water replies remain safe, it’s crucial that everyone carefully considers how they use water over this exceptionally dry period.

“We encourage everyone to report any environmental incidents related to the current dry weather to our incidents team via our 24-hour hotline on 0300 065 3000.”

Related Topics:droughtNatural Resources Wales
Up Next