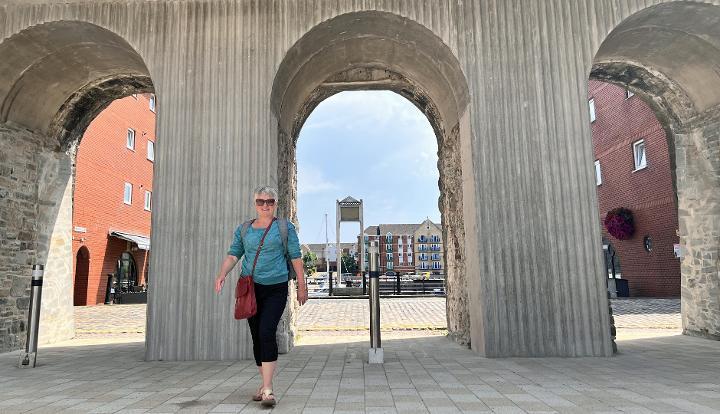 Three new archways are now open to better link Swansea city centre with the sea the council have announced.

The archways – which have replaced a narrow tunnel that was in place beforehand – are located close to the LC, between the maritime quarter and the city’s £135m new Copr Bay district.

Copr Bay has been developed by Swansea Council and development managed by construction company RivingtonHark.

Cllr Rob Stewart, Swansea Council Leader, said: “Swansea’s waterfront has always been the city’s crown jewel, but Oystermouth Road had become a barrier between the city centre and the promenade and sea.

“Not only is the iconic new bridge over the road now in place to create better links between the two areas, but the three new archways are now open too, making the maritime quarter and the waterfront more accessible to pedestrians and cyclists.

“The arches are part of our new Copr Bay district, which is worth hundreds of jobs and £17.1m a year to Swansea’s economy. It’s part of a major on-going investment in Swansea that’s transforming the city into the one of the UK’s very best places to live, work, study and visit.”