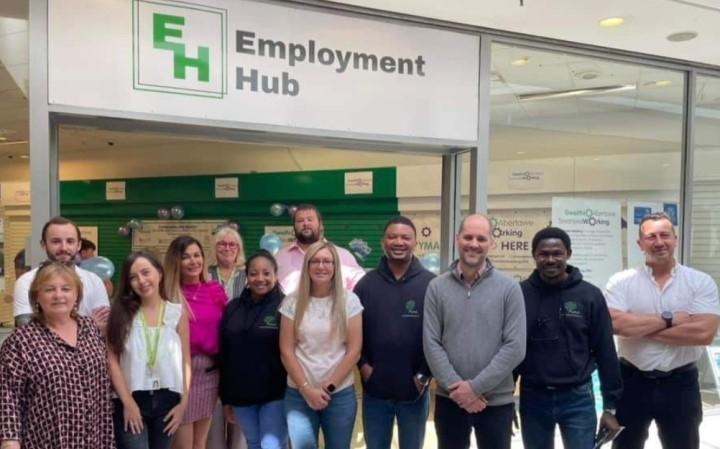 More than 130 people have gained employment thanks to a Pop-Up Employment Hub that opened in Swansea city centre earlier this year.

They are among more than 400 who have been supported since Swansea Working took on the previously empty unit opposite HMV in the Quadrant Shopping Centre 12 weeks ago.

Swansea Working say that many new and established businesses and organisations have also befitted from employment days held there.

These include the new Ninja Warrior Adventure Park in Parc Tawe which recruited more than 50 young local people as it opened at the start of the summer.

Swansea Working is an employability service run by Swansea Council.

Cabinet Member for Well-Being, Alyson Pugh, said it has played a major role in supporting people into employment since the service was re-launched four years ago.

“In the last four years 10,000 people have been supported in their goal of obtaining employment and training, helped to find a better job or prepare for a new career and the team has sourced 1,000 job vacancies this year alone.

“Swansea Council is committed to supporting all our residents into work and training and in assisting them to develop to their full potential.

“I would urge anyone who is looking for work, considering training or who has ambition for a better job to call in and see the team.

“They are a friendly and professional and totally committed to working with people of all ages to support them to achieve their goals.”

Ninja Warrior said it would recommend Swansea Working to businesses in the area with recruitment needs.

A spokeswoman for the company said: “We worked alongside the hub during the recruitment process for our new Ninja Warrior site and we couldn’t have asked for better.

“The help and support given to us throughout the whole process was phenomenal and we are extremely grateful.

“Lisa, Tim, and the whole team not only gave us a place to hold the workshops but also got so involved with the activities during every session, thank you.”