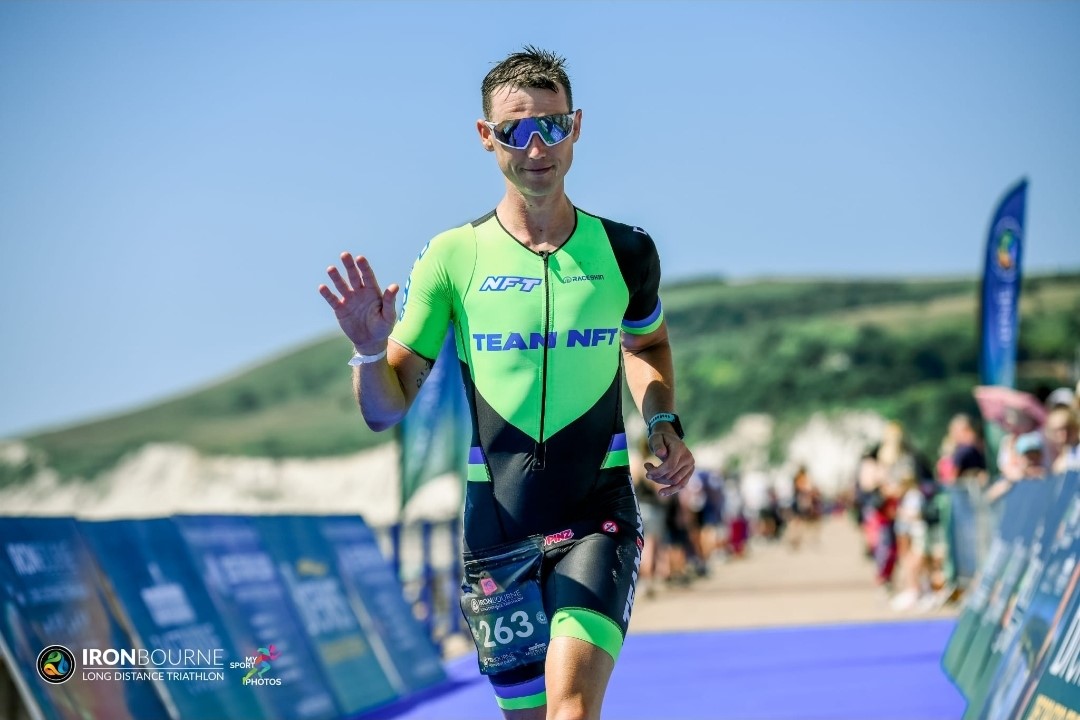 A Welsh triathlete paralysed from the neck down after falling from his bike during a race in Scotland is taking small steps on his long road of rehabilitation.

Nathan Ford was competing in the British Triathlon Championships in Aberfeldy last August when he came off his bike at high speed. Fortunately, a doctor was also competing in the event and stopped to perform CPR, and an ambulance was on the scene within minutes. The 38-year-old was taken to intensive care at Ninewells Hospital in Scotland where he remained for four weeks before being brought back to intensive care in Cardiff.

His journey home was made possible by the Adult Critical Care Transfer Service (ACCTS), which launched in August last year, the Emergency Medical Retrieval and Transfer Service (EMRTS), and Wales Air Ambulance.

Nathan said: “I don’t remember anything from the accident, and I was put into a coma when I got to hospital. The first part of my stay was a bit of a blur, because of all the medication I was on.

“I remember speaking to my family but I was so heavily on morphine I do not recall much about it.

“A few days before I was due to come home there was a lot of planning. There were high winds and they were trying to find a suitable time with the weather.

“I was sedated for the journey so I do not remember any of it at all”.

Nathan was diagnosed with two life-threatening injuries; a spinal injury and a brain injury, although the latter was not as severe as initially thought. He underwent an operation to put a metal plate in his neck, which slipped necessitating a further operation to stabilise the fractures in his neck, followed by 14 weeks wearing a ‘halo’ neck brace.

He began his physiotherapy in Cardiff, but after more than 200 days in hospital he discharged himself and has since been undergoing a programme of rehabilitation.

“The first thing I remember is waking up in hospital in Scotland. The consultants were saying to my family it was touch or go whether I would survive or not.

Nathan had a tracheostomy which allowed him  to breath independently, and has started taking steps with the aid of a frame, as his rehabilitation continues.

And he paid tribute to all the medical staff who have helped him following his accident.

The 38-year-old from Killay in Swansea said: “I was also told if I had not been as fit as I was, I would not have survived. I was in the best shape of my life and I’ve got the triathlon to thank for that. It has allowed me to make progress, mentally as well. Since my accident I’ve come across people in similar situations and some don’t seem to be fighting for their life, but you have to remain positive.

“I’ve been back to the hospital to see everyone who helped me, and it was emotional and humbling. They will never truly understand just how thankful I am because they were ‘just doing their job’. I literally owe them my life, along with everyone else involved.

“And without my wife Catrin by my side there is no way I could have done what I have. I owe her everything, she is so supportive in everything I do”.