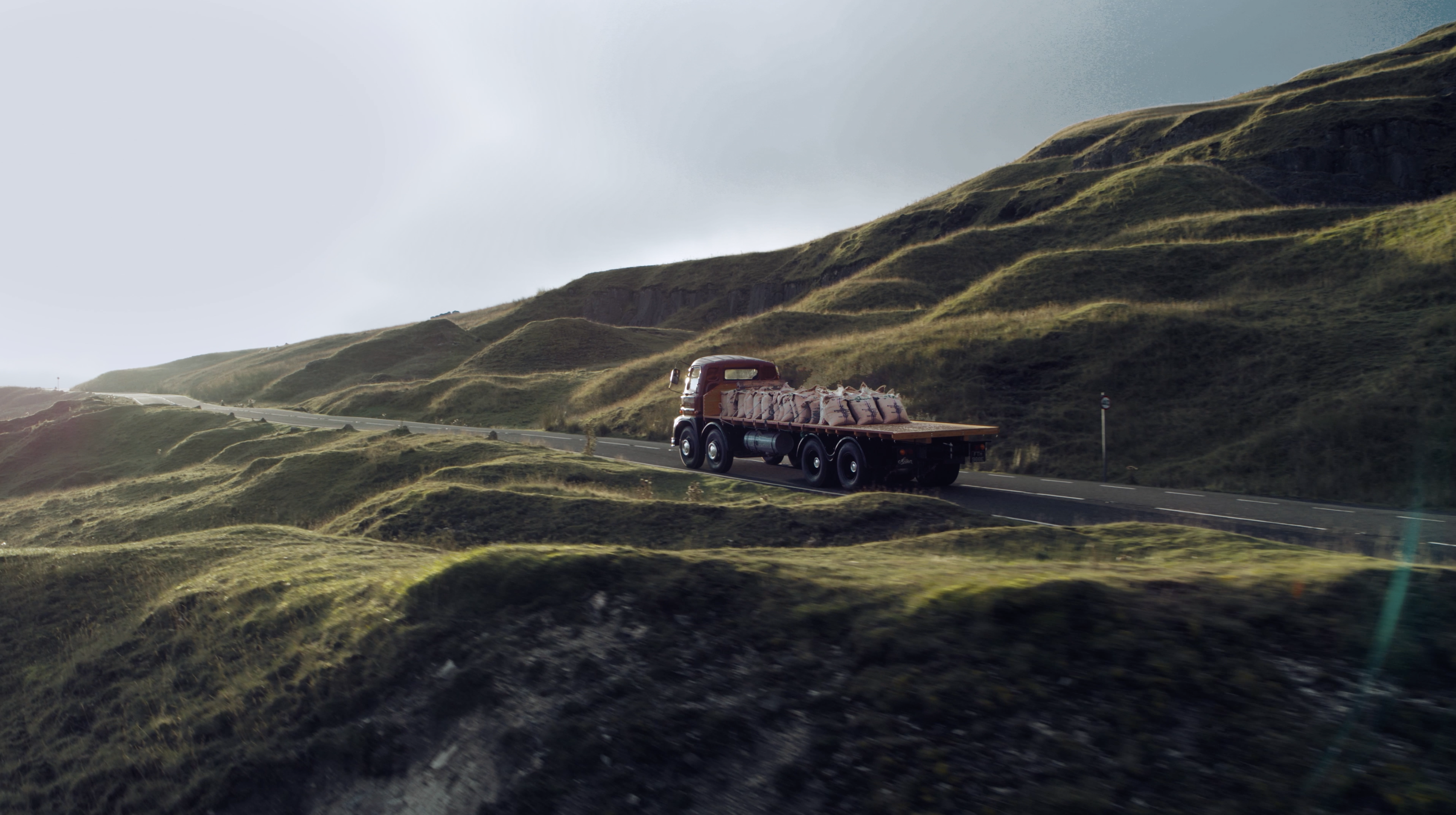 The advert entitled ‘Re-Kindled The Fire, With A New Black Gold’, paints a vivid emotional
portrait of a post-industrial community located in the heart of South Wales. It will be broadcast across Wales, London, and the South of England.

Since 2018, Coaltown say they’ve brought new industry and purpose back to its hometown, and the advert celebrates the local community, opportunity, and Welsh pride.

Filmed in the heart of South Wales, the opening scene is set against the lush green
mountain range located between Llangadog and Brynamman. Viewers are taken on a
moving journey throughout, with actor Andy Edwards from Carmarthen portrayed as a coal
miner, meandering through the landscape in a vintage coal truck as the sun rises in the
background.

The story is narrated by Llanelli-born Actor Keith Allen, whose voiceover tells a proud and poetic story of hope and regeneration. Viewers are struck with the bitter memories of news headlines from the closures of the mines, which stripped communities across the nation of their identity and pride.

The story then takes a turn, as we see the protagonist unload a sack of what appears to be coal from his truck, and proceeds to turn it into a new ‘Black Gold’; one of Coal Town Coffee’s signature roasts. The ad highlights the importance of bringing industry and investment back to manufacturing towns and shines a beacon of hope for a brighter future for Welsh enterprise.

The soundtrack titled ‘Rising’ by David Ross Lawn hits home, leaving the hairs on the back of your neck bristling with excitement, and your attention firmly hooked.

“It was really important for us to use and feature the local community as well as the beautiful
surrounding areas we have available on our doorstep”, said Scott James, Founder of Coaltown.

“Having local industries involved such as Davies Haulage Company from Llandybie made this campaign a real community effort.”

Founded in 2013 by Scott James from his garage in South Wales, Coaltown has grown to be
Wales’ leading coffee roaster, supplying numerous companies and cafes in the UK.

Scott added: “I’m really proud of what we have achieved with this ad. It was amazing to work with Finn, Keith, and Andy. It’s a beautiful piece of work, and their skillset was something to behold”.

Scott said: “Coaltown’s principles are to be ethical, transparent, and sustainable, and B-corp has allowed us to follow set guidelines to ensure that we keep this promise. It’s been a massive achievement to receive this commendation, and all companies should strive for this as a standard for our future.”

In April Coaltown announced it was to open a specialist espresso bar and small batch coffee roastery at the new Copr Bay district in Swansea, close to the Arena.

The unit – leased by Swansea Council – will be the second retail premises run by the business, following on from the opening of its Ammanford coffee shop and roastery in 2018.