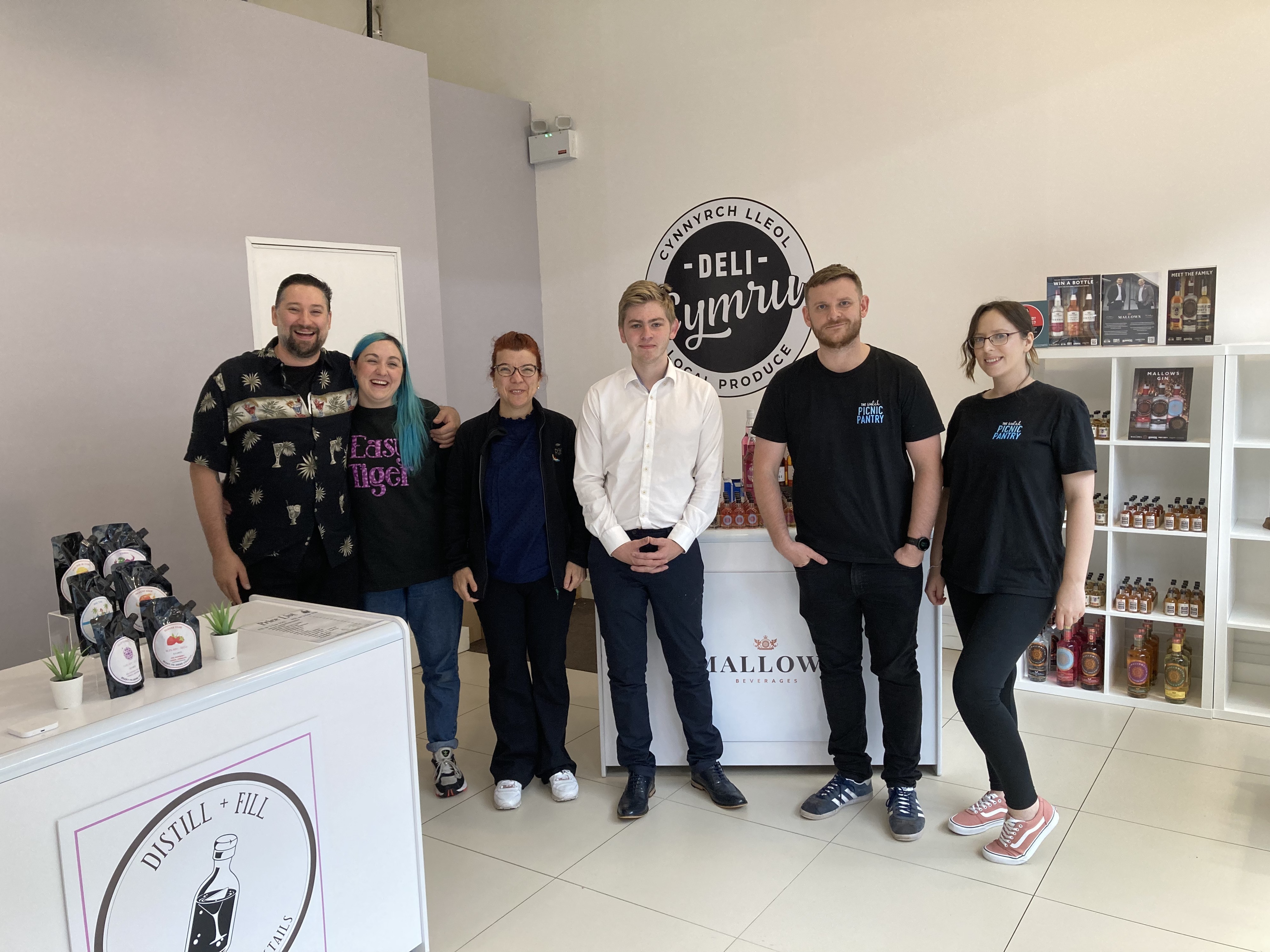 Shoppers have been seizing the opportunity to buy artisan Welsh food and drink at one of Wales’ premier retail locations – McArthurGlen Designer Outlet Bridgend.

During the summer, Cywain has worked in partnership with McArthurGlen to introduce Deli Cymru at the Centre – a pop-up shop which has had a tremendous response from the public and producers alike.

Featuring a wide range of food and drink, Deli Cymru has allowed 28 burgeoning producers to sell directly to the public in an environment that attracts thousands of visitors daily.

Richard Garratt, Centre Manager at McArthurGlen, said, “Deli Cymru has been a triumph here at the Centre in Bridgend. It is great to see that the general public shares our passion for supporting local Welsh businesses. The pop-up has been a buzz of customers since it first launched, and we hope this continues until it ends later this month.”

Three or four producers are trading at the shop each day, with some taking the opportunity to showcase their products on multiple days across the seven-week run.

Pembrokeshire-based Mam-Gu Welshcakes is among the producers taking part. A spokesperson said, “We heard about the Deli Cymru opportunity through Cywain. And, of course, growing up in southwest Wales visiting McArthurGlen on road trips, we jumped at the idea of being able to sell our welsh cakes there!

“All the staff at McArthurGlen and from Cywain were extremely welcoming and made us feel right at home, going above and beyond to help us with anything we needed.

“At Deli Cymru, we managed to sell out every day for the first three days, and we were extremely overwhelmed with the response! We even had online followers who could not visit us in Solva as they don’t live near Pembrokeshire. They were excited that they could visit us in Bridgend and pick up some welsh cakes!

“Not only did we sell out and have an extremely successful few days atDeli Cymru, but it was so lovely to meet and sell alongside other Welsh traders.

“If the opportunity ever arose to go back to McArthurGlen as part of another Cywain Deli Cymru, we wouldn’t hesitate to say yes straight away!”

Andrea Staggemeier of Newport-based Bossa Nova Chocolate said she was very grateful to Cywain, as being part of Deli Cymru had been a real boost for the company.

“We have benefited from this experience tremendously; not only on the sales figures, which are 250% higher than this time last year, but also because of brand awareness, we had enquiries about wedding favours and corporate gifts.

“We had so many lovely messages on social media from customers who bought our chocolates. One of our videos has, so far, had over 16K views, with many more customers following us on Instagram and Facebook. Our website also increases its direct visitor numbers, which help us to get more visibility on search platforms.”

Richard Garratt said, “When we were looking into setting up Deli Cymru, we knew that by getting Cywain and Menter a Busnes on board, we would gain access to a huge network of food and drink producers in Wales. And were impressed with how swiftly they came back with close to 30 of their clients who were eager to be a part of this new venture.”

Nia Ball, Cywain’s Routes to Market Development Manager (Tourism & Hospitality), said, “Cywain works with food and drink producers across Wales, helping them grow and develop their business. So, we’re delighted to be once again working in partnership with McArthurGlen and to offer our clients the fantastic opportunity of a showcase on this scale at Deli Cymru.

“Throughout the summer, the Centre has attracted hundreds of thousands of people, both locals and tourists, so it’s the perfect place for clients to boost sales and raise brand awareness – as well as for those considering opening their own shops to experience and trial trading in a busy retail environment.”

Lead image: Owners and employees of Bossa Nova, Mallows Beverages, The Welsh Picnic Pantry and Distill and Fill gather for a picture at the pop-up Deli.