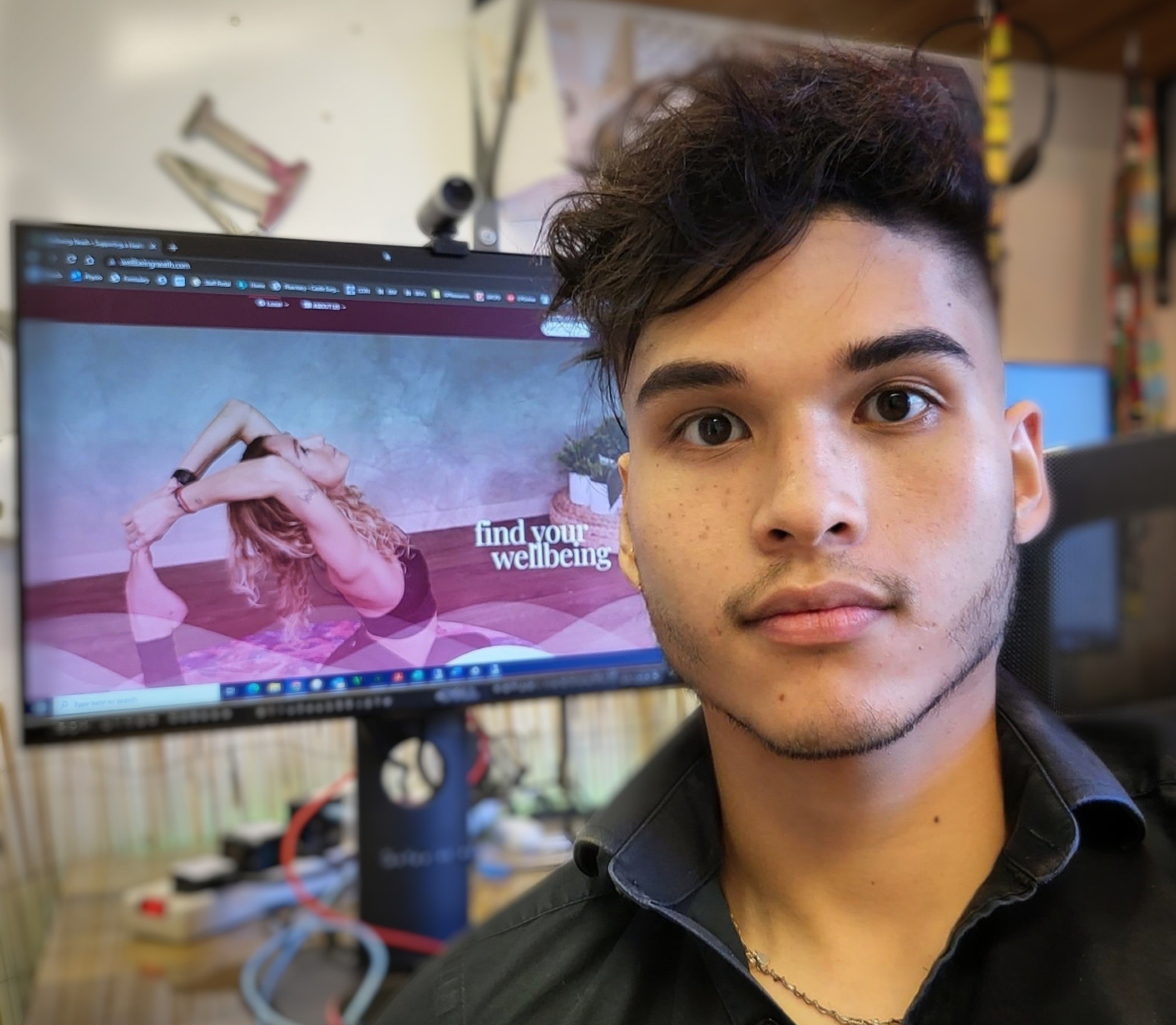 Dr Jose Montano, a GP partner in Castle Surgery in the town centre, first wrote a page – for those requiring low level mental health support – on his practice’s website but has now been tasked with building a dedicated website for all surgeries in Neath.

Dr Montano has been able incorporate his hobby – he used to write a tech blog while in university – with his career as a GP in order to meet a surge in demand for mental health support fuelled, in no small part, by the pandemic.

He said: “During the pandemic a lot more people experienced mental health problems for the first time. In part due to the very worrying illness of Covid-19 but also due its repercussions in affecting their daily routines, their work schedules, being able to get to school or university, simple things like being able to be around their family, friends and people important to them.

“Suddenly out of the blue, people were experiencing new issues that they didn’t have to face before.

“And because some of these people didn’t have these issues previously, they weren’t aware of the places that you can turn to for support.

“One of the first things I did was to create a well-being page initially on our own practice website. This was essentially like a directory to show there are many different ways to get support for mental health and wellbeing.

“There are websites, there’s apps, there’s books, there’s counselling, lots of different things that you can access. Different type of things might work well for different people.

“What we felt was, if you can signpost early on, that may hopefully prevent things deteriorating and requiring more intervention.”

Shortly after publishing the listings, Dr Montano realised just how much such services were in demand.

He said: “We saw the potential from a simple idea of being able to support our patients in taking that first step to be aware of what help is available out there. From how it has helped some of our patients in our own practice, we thought we could expand this for other surgeries in the Neath area.”

Now the eight GP practices in Neath have asked Dr Montano to build a directory for the whole Neath area.

“Rather than patients from other practices needing to visit our practice website, I suggested that there could be a directory for all the patients in Neath, and it has grown from being a page for Castle Surgery to now having its own website, wellbeingneath.com.

“This is a constantly growing collection that’s been built up by recommendations from other clinicians, other GPs and other mental health professionals often from secondary care referral responses.

“With pretty much all NHS departments under pressure, I’ve found it useful for helping support those with what might termed ‘lower-level mental health’ and also to help out with my referrals to secondary care to direct those who, despite trying these interventions, might need more specialist help.”

Dr Montano appreciates that not everyone has access to the internet but added that it helps play an important role in freeing up GP time to see those who are not computer literate.

He said: “The main aim is to signpost those who are able to use the internet to be able to access mental health resources and support more readily. Hopefully, in a small way, it can help take pressure of the phones for those that rely just on the phones.

“It means that those who are using the online, it help us save time for us to focus on the patients who can’t access the web. It’s all about getting online for the people who can use online, but not forcing people.

“Those who can’t, those who can only speak to us on the phone, will be offered the same things available on the website but through the telephone or in person.”

Dr Montano said the feedback to date had been positive.

He said: “Our patients have found it really useful, at least the patients I’ve spoken to personally. They felt that it was useful to know that there are places that they can get support when you’re starting to go down that journey where it’s becoming a bit difficult for you, you’re starting to feel like you can’t cope, you feel that you’re low in mood and starting to get anxious with things.

“I think the main thing I’d hope to do is just raise awareness that there’s various ways to get support for mental health.

“That’s what we are doing – trying to get people to the right place at the right time and with the website it’s about raising awareness that there is support available out there and lots of different types of support.”

“We’re aware of different resources, but not everyone knows everything, so one of the reasons that I wanted to have it as a directory was to pool everyone’s knowledge.

“If anyone has anything that they can recommend to us, as in other mental health professionals or the GPs, we’re more than happy to include them.”