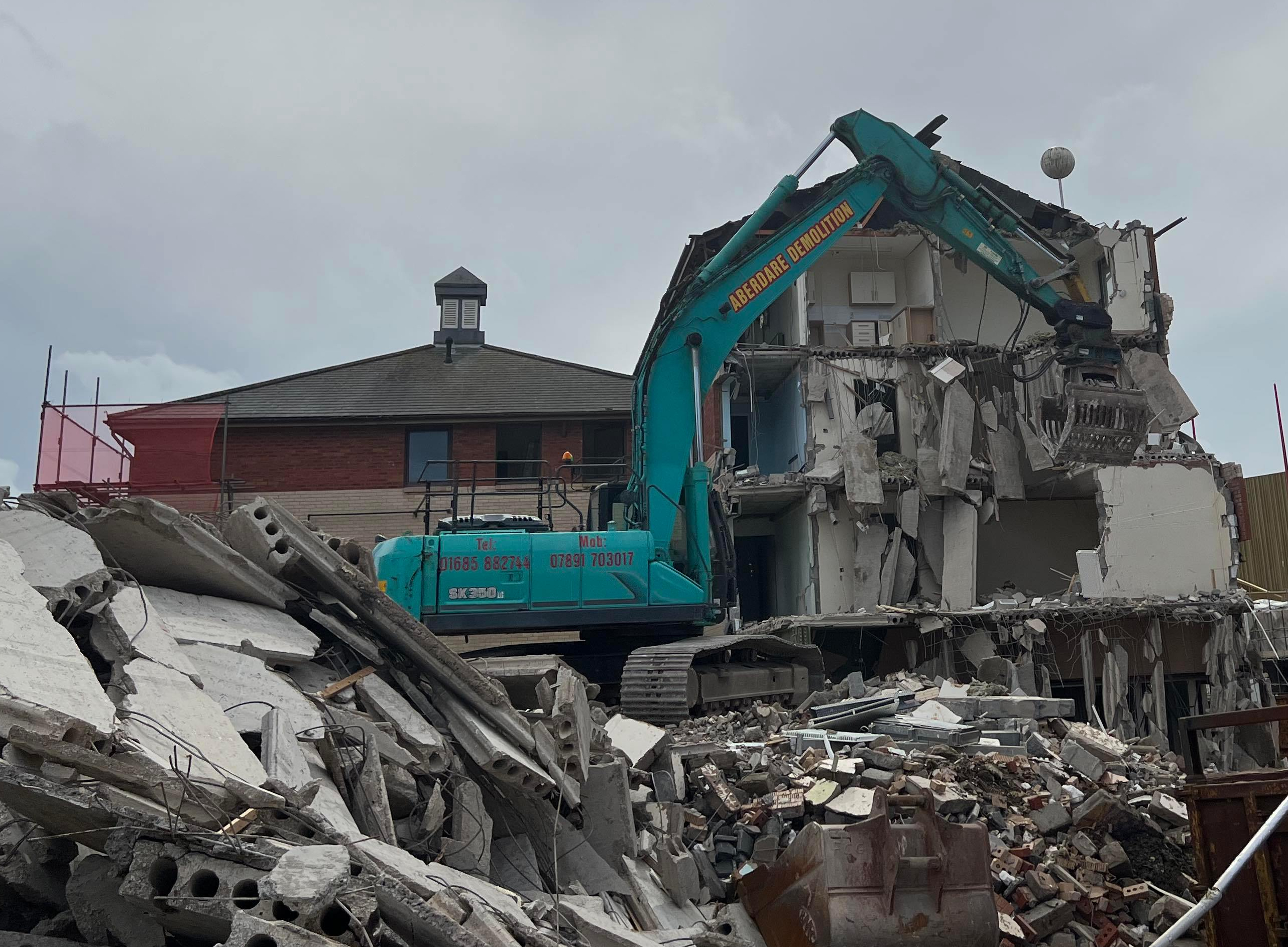 Preparing the way for major redevelopment of the area, the former Llys Dewi Sant building in Swansea is now starting to disappear from the city centre.

Main demolition work on the building is taking place, following-on from the completion of stripping-out works inside.

Hoardings are up around the site, which will be redeveloped by regeneration specialists Urban Splash in a joint venture with Milligan as part of broader proposals for the Swansea Central North development site in the longer-term.

The council says that once detailed proposals are in place for the overall development site, there’ll be plenty of opportunities for local residents and businesses to give feedback that will help shape final plans.

Located in the area of the former St David’s Shopping Centre, the Llys Dewi Sant building has been used in recent years as a site office for the £135m Copr Bay district developed by Swansea Council.

Residents moved out of the 30 year-old building in 2019 to a purpose-built £3.5m new build on part of the site of the former Vetch Field on Madoc Street.

Cllr Rob Stewart, Swansea Council Leader, said: “Swansea Arena, the new bridge over Oystermouth Road, the coastal park and a new apartment complex are now complete at our Copr Bay district, with other elements due for completion in the coming months.

“Our city centre’s regeneration doesn’t stop there though, with Urban Splash and partners now on board to redevelop sites including Swansea Central North in the area of the former St David’s Shopping Centre in the coming years.

“The demolition of the Llys Dewi Sant building is needed to pave the way for that redevelopment, which will create jobs for local people and breathe even more life, footfall and investment into the city centre.

“Proposals for Swansea Central North and other sites to be redeveloped by Urban Splash will be made available for people’s feedback as soon as they’re developed in more detail.”

Other sites to be redeveloped by Urban Splash include the Civic Centre site and a plot of land close to the river bridges in the St Thomas area of the city.

Demolition of the Llys Dewi Sant building is expected to be complete in October.