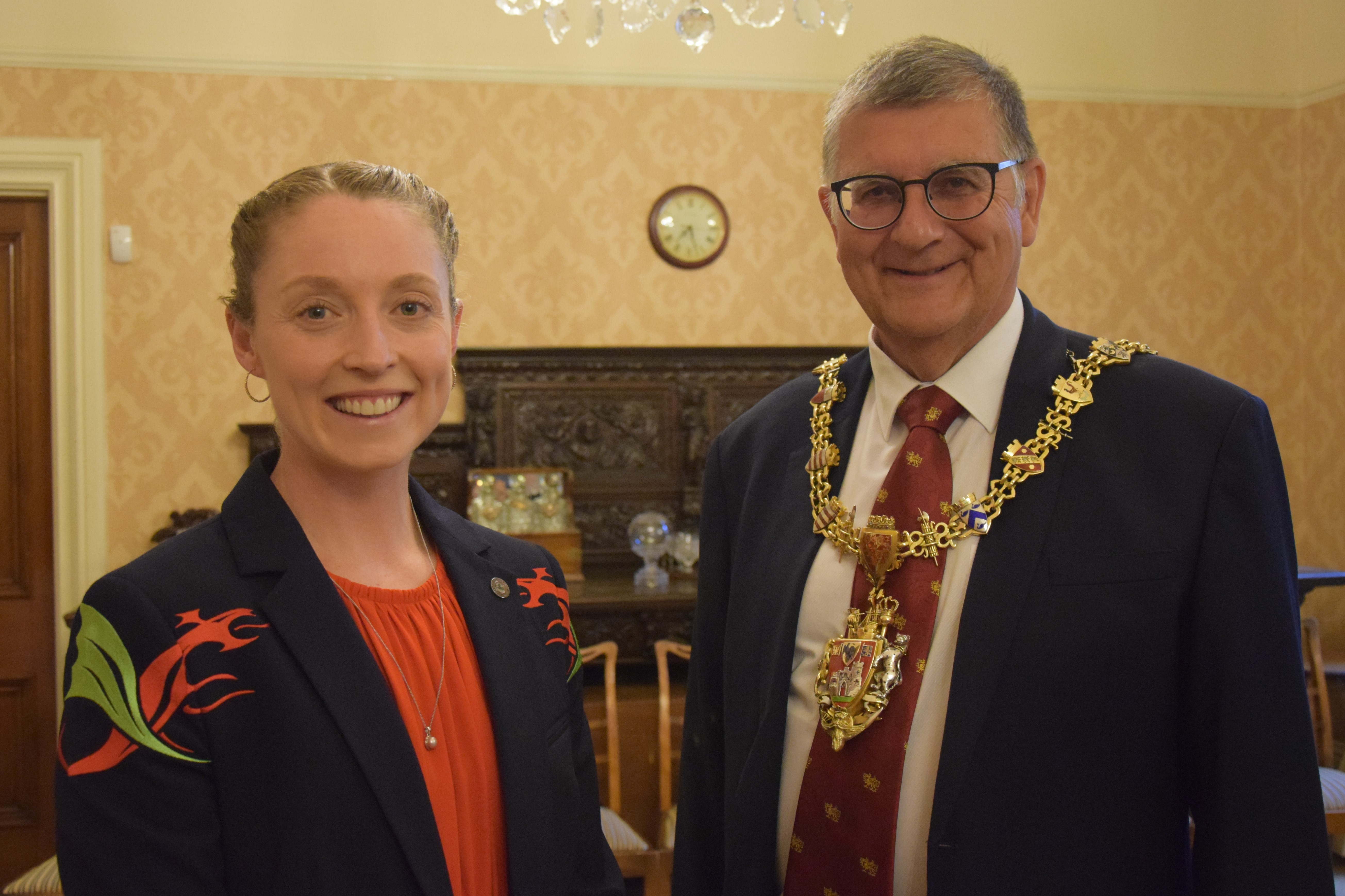 It was a glittering night at Swansea’s Mansion House last night when Lord Mayor Mike Day hosted a civic reception for the city’s Commonwealth Games heroes.

Swansea’s athletes helped form the backbone of the Welsh team that collected 28 medals, including eight golds, six silver and 14 bronze, at the Games in Birmingham last month.

More than 50 representatives from the city donned the red of Wales in Birmingham, to compete in many sports including Hockey, Wrestling, Athletics, Swimming, Netball, Rugby Sevens, Table Tennis, Lawn Bowls, Triathlon, Track Cycling and Gymnastics.

Many of them were at the Mansion House last night, among them sporting legend and World Triathlon Champion, Non Stanford, who picked up silver in the Triathlon Mixed Team Relay.

Lord Mayor Cllr Mike Day, who hosted Monday’s reception at the Mansion House, said: “If Swansea was a country we would have finished in 28th place in the final medal table, ahead of Ghana, Fiji and Mozambique.

Cllr Day said: “Everyone in Swansea is proud of the terrific achievements of all the Swansea competitors. They are a real inspiration to us all and a civic reception will be a great opportunity for the city to honour them. They all are a true inspiration for the next generation of athletes.”

Robert Francis-Davies, Cabinet Member for Investment, Regeneration and Tourism, said: “It was a great night and a brilliant opportunity to celebrate our city’s sporting talent.

“As a council we’re proud to support all those who want to enjoy participating in sport for their health and wellbeing as well as in competition. That’s why we invest millions of pounds a year providing leisure services, parks and play areas as well as supporting sports clubs as they’ve emerged from the pandemic.”

Silver medallist Non Stanford, who was also recently crowned European Triathlon Champion in Munich, explains how important it was for her to have been involved in sport in her home city of Swansea.

“Standing on a Commonwealth podium and watching the Welsh flag flying was a lifelong dream realised. It was special to do that as part of a team too. A shared moment I’ll never forget.

“I’ve always been very proud to be Welsh and just as proud to have grown up in Swansea. I’m a product of the wonderful clubs that we have here in the city.”