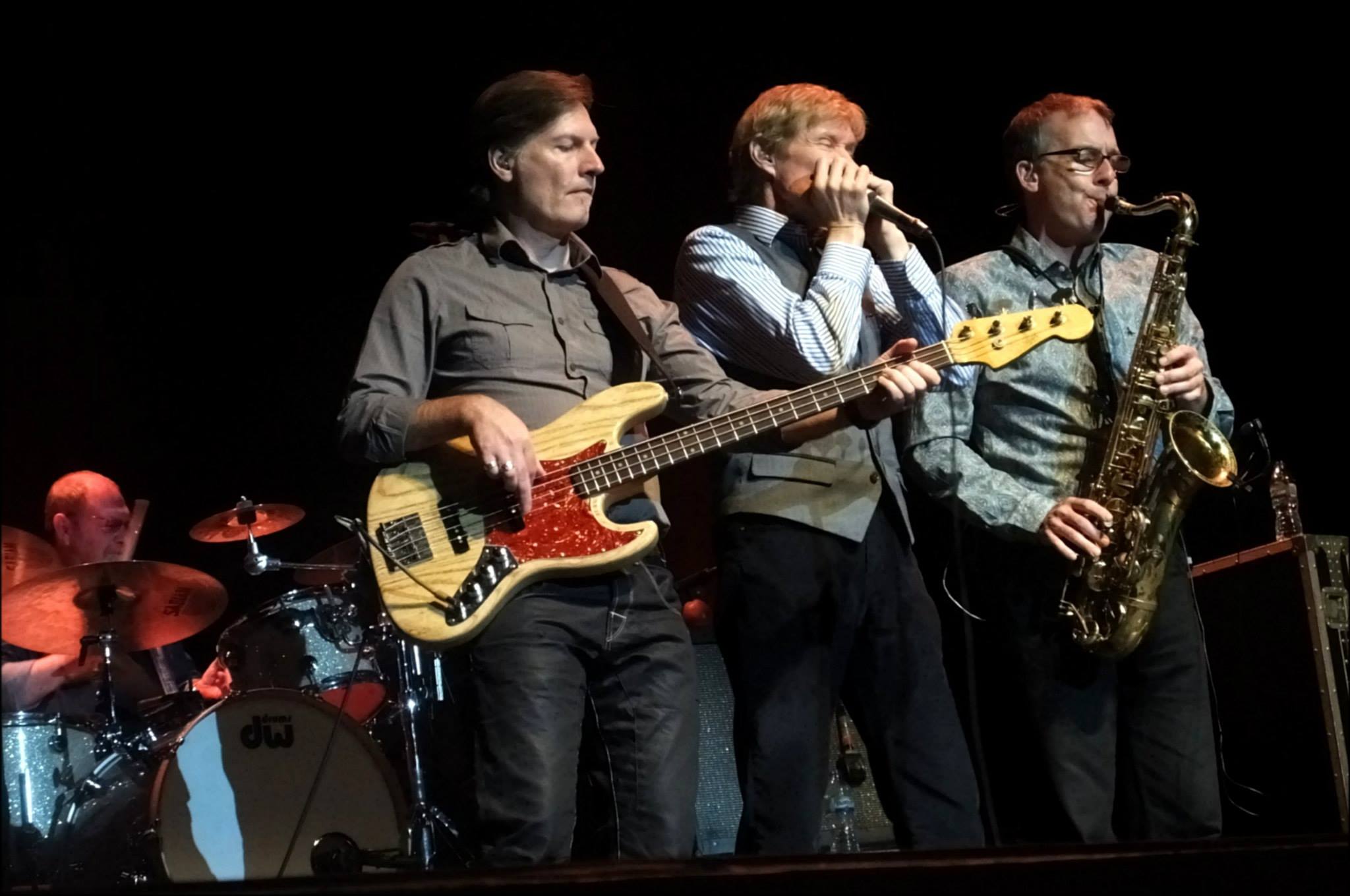 The Manfreds are bringing their iconic sound to Swansea’s Grand Theatre on Friday 7 October.

About to embark on a year-long tour celebrating 60 years as a group, Manfred Mann is now considered, more than ever, one of the finest and most respected bands from that era. Their numerous hits were R&B based with an undercurrent of jazz – a very unusual but winning combination of playing style and substance.

As a result, their records have a timeless quality and, some 60 years on, The Manfreds, with original front man, Paul Jones and original guitarist Tom McGuinness, will be performing many of their hits, including Pretty Flamingo, 5-4-3-2-1, The One In The Middle, Come Tomorrow, Sha La La, Mighty Quinn and Do Wah Diddy Diddy, one of the most popular and instantly recognisable songs of the decade and still the biggest audience pleaser at their concerts, along with a mix of Jazz and Blues covers and tracks from their individual solo albums.

And we’ll be able to catch them at The Grand Theatre in Swansea on 7 October.

Seemingly-ageless singer Paul Jones explains what we can expect to hear on the tour.

“The show will consist of a lot of early material. As it’s our ‘Hits, Jazz and Blues’ tour it will focus on the early years of the band and the whole thing is interspersed with the members of the band’s solo albums material – including my own compilation album which is due to be released to coincide with the tour”

“It will be a full evening with many hits and with each of us delving into our solo work.”

Some songs are hits despite never having been released as singles, as Paul tells me.

“That’s right- some songs are hits because the audience won’t let us drop them, like Smokestack Lightning. That was on our very first album and rerecorded on our latest. We play it at every show as it’s such a great song and the audience (and the band) loves it.”

Paul Jones left Manfred Mann in 1966 and Mike D’Abo continued the string of hits until 1969 when the band split. It was said that the band with Mike was a bit more ‘poppy’. This particular tour will not feature Mike but we can look forward to seeing him in the line-up soon, as Paul tells me.

With such a catalogue of memorable songs to call upon, are there any he likes in particular?

“Actually,” he says after a short pause, “I do like them all really – certainly everything on this tour and especially 5-4-3-2-1 and The One In The Middle  – the lyrics of which I find to be a bit embarrassing these days!”

Paul then related a story about another of Manfred Mann’s hits that he has a fondness for.

“After I’d left Manfred Mann, sometime in the 70’s, they brought back ‘Sunday Night At The London Palladium’ and my agent told me they wanted me to appear on it. I had no idea what song to sing – and I didn’t really want to do my solo hits.”

So he called upon someone for advice.

“Yes, I was doing some work with Tom Robinson at the time, so I rang him up as he was more attuned to that generation than I was, and I asked him what I should do.”

“Tom said that there was one song he was certain I should do if I wanted to be remembered and that was Oh No, Not My Baby. Well, I do love the song and I absolutely love the original by Maxine Brown, so I did that.”

At 80 years of age, Paul is the envy of many as he shows no sign of slowing down, and it’s much the same with his band-mate Tom McGuinness, who is 81. How do they do it?

“For one thing, I don’t drink or smoke and I look after myself. Tom’s pretty good too so I think we’re good for another few years. I like to think that I’m two-thirds of the way through my life and hope to get to 120, although I might not be doing The Manfreds for that length of time.”

After over sixty years in the business, I wondered if there was anything he still wanted to do.

Paul laughs and replies, “I’d like to have a tidy study and do something spectacular in the garden.”

What about an autobiography?

“Well, now that The Blues Band (Paul’s other long-standing band which also had Tom McGuinness in its line-up) has decided to call it a day, I have a bit more time, so possibly.”

Paul Jones, with his unique harmonica sound, will be joined by Tom McGuinness on guitar, Pete Riley on drums, Marcus Cliffe on bass, Mike Gorman on keyboards and Simon Currie on saxophone/ flute.

The Manfreds’ – Hits, Jazz and Blues tour will be coming to The Grand Theatre, Swansea on Friday 7 October.

Tickets are available from the Box Office and all the usual agencies.