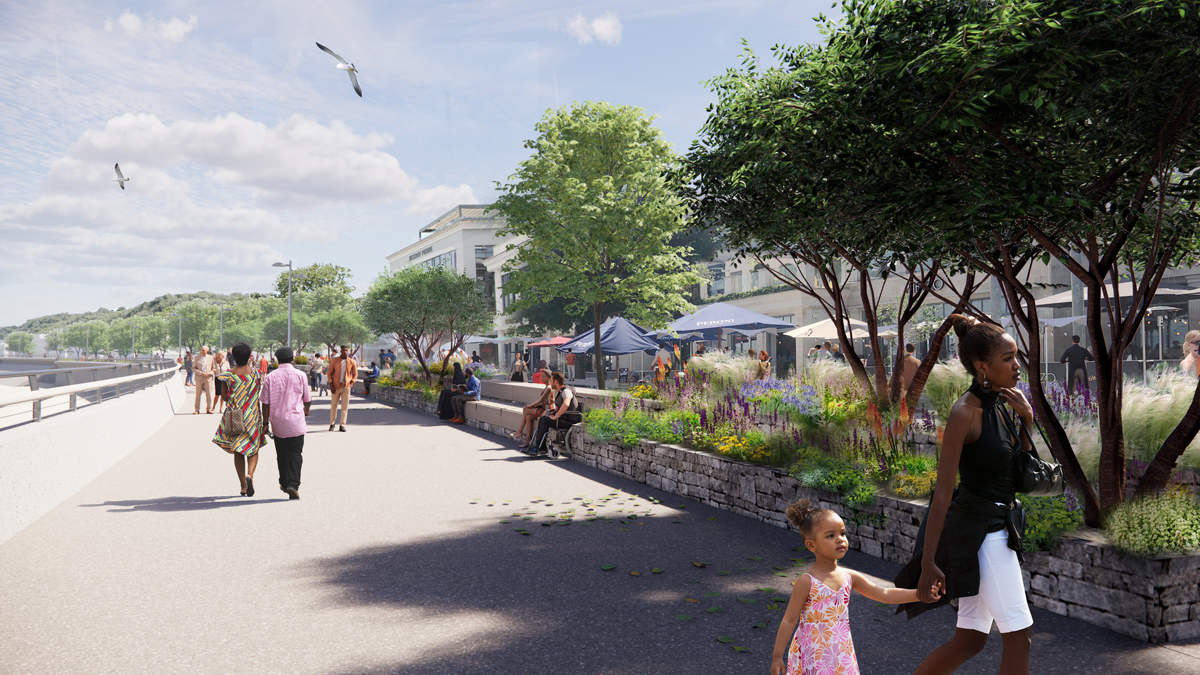 Plans for new sea defences to help protect Mumbles for decades to come are about to take another big step forward.

If these details are approved, the council-driven project – which the council says has undergone several years of careful planning and consultation – will be set to move towards construction, a phased approach from late this year to around summer 2024.

Andrew Stevens, the council’s cabinet member for environment and infrastructure, will tell cabinet: “The Welsh Government’s Flood and Coastal Erosion Risk Management Programme (FCERM) has presented us with a significant opportunity to implement a sustainable solution to the current issues of the condition of the Mumbles seawall and to address long-term flood risk affecting the community.

“It will also support the potential of future development and regeneration of the area whilst secure improvements to the amenity and recreation value of the promenade and its use as an important visitor attraction.”

The 1.2km project – from Knab Rock slipway to Oystermouth Square – underwent a number of rounds of public consultation and secured planning approval in April.

Cllr Stevens will tell cabinet that a tender process to select a main contractor produced a proposed construction contract and that most of this will be covered by the Welsh Government under its Coastal Risk Management Programme (CRMP). He will ask cabinet to approve the figures and arrangements.

The Mumbles Coastal Protection project aims to protect the community against flooding and rising tides – and to remodel the prom as a safe, modern, inclusive visitor attraction.

The proposals – shaped with the help of extensive public consultation – show more space for pedestrians and cyclists to share the prom with care, the protection of trees and more opportunities for play and relaxation.

Some existing defences are in a poor condition and at risk of flooding. The flood risk level is expected to increase in the future due to predicted sea level rises.

A lack of action would put a number of homes and businesses at risk of flooding. The new development will strengthen the sea wall and raise the height of key parts of it.

Views across the bay will be maintained – and the scheme looks to improve the prom to aid regeneration and tourism.

Work will include widening the existing promenade to create a segregated pedestrian footpath and cycleway. This will improve connectivity and accessibility, and promote sustainable active travel. Other public realm improvements include improved seating, views and connectivity, with enhanced hard and soft landscaping.

Cllr Stevens said: “Visual improvements to the area will create a greener, sustainable and attractive waterfront – an asset to the local community and an attraction for visitors.

“The improved sea defences will protect homes, businesses and leisure areas from the effects of rising sea levels for the foreseeable future.”

Swansea Council say that existing sea defences were built more than a century ago as part of a Swansea and Mumbles Railway extension. They have withstood high tides and storms across many decades.