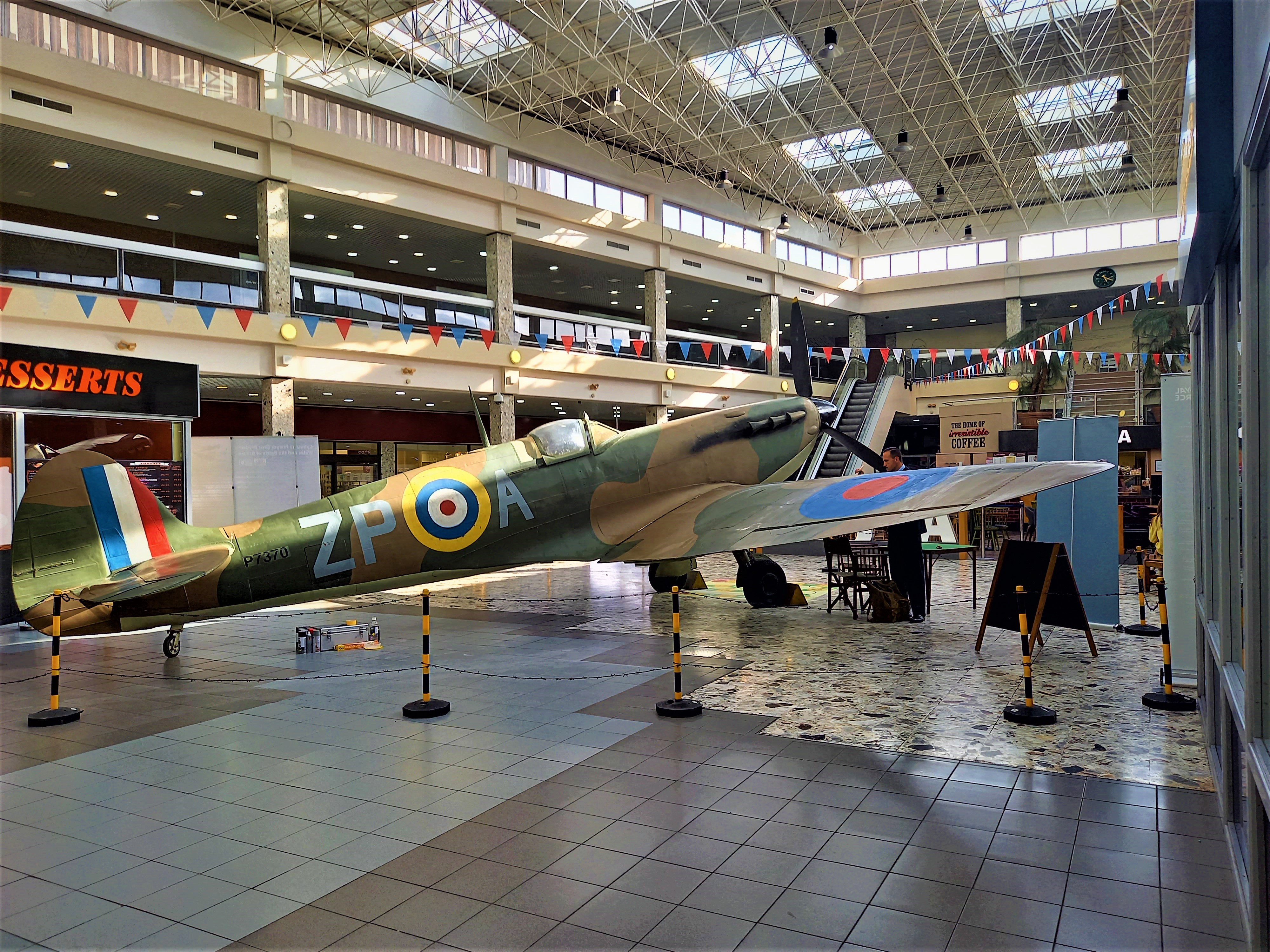 The Wales and the Battle of Britain Touring Exhibition has been officially opened this week (Mon 5 September) by the Mayor of Neath Port Talbot, Councillor Robert Wood.

The exhibition tells the story of Wales’s contribution in the largest air battle ever recorded and was created by the RAF’s Air Historical Branch (Dr Lynsey Shaw) together with Air Commodore Adrian Williams, Air Officer Wales, and his team, to commemorate the 80th anniversary of the Battle of Britain.

Accompanying the exhibition is a full-size replica of a Battle of Britain Mk I/II Supermarine Spitfire fighter plane, provided by War and Peace Displays. The striking exhibit will be in the shopping centre until Friday (9 Sept).

Cllr Wyndham Griffiths, also a Neath Port Talbot Council Armed Forces Champion, added: ”The exhibition  is giving people from many generations a chance to look back at the Battle of Britain which took place in the skies as Britain fought against the threat of invasion.”

The Wales and the Battle of Britain Touring Exhibition will be at the Aberafan Shopping Centre until Sunday 11 September, and the replica Spitfire will be there until Friday 9 September.