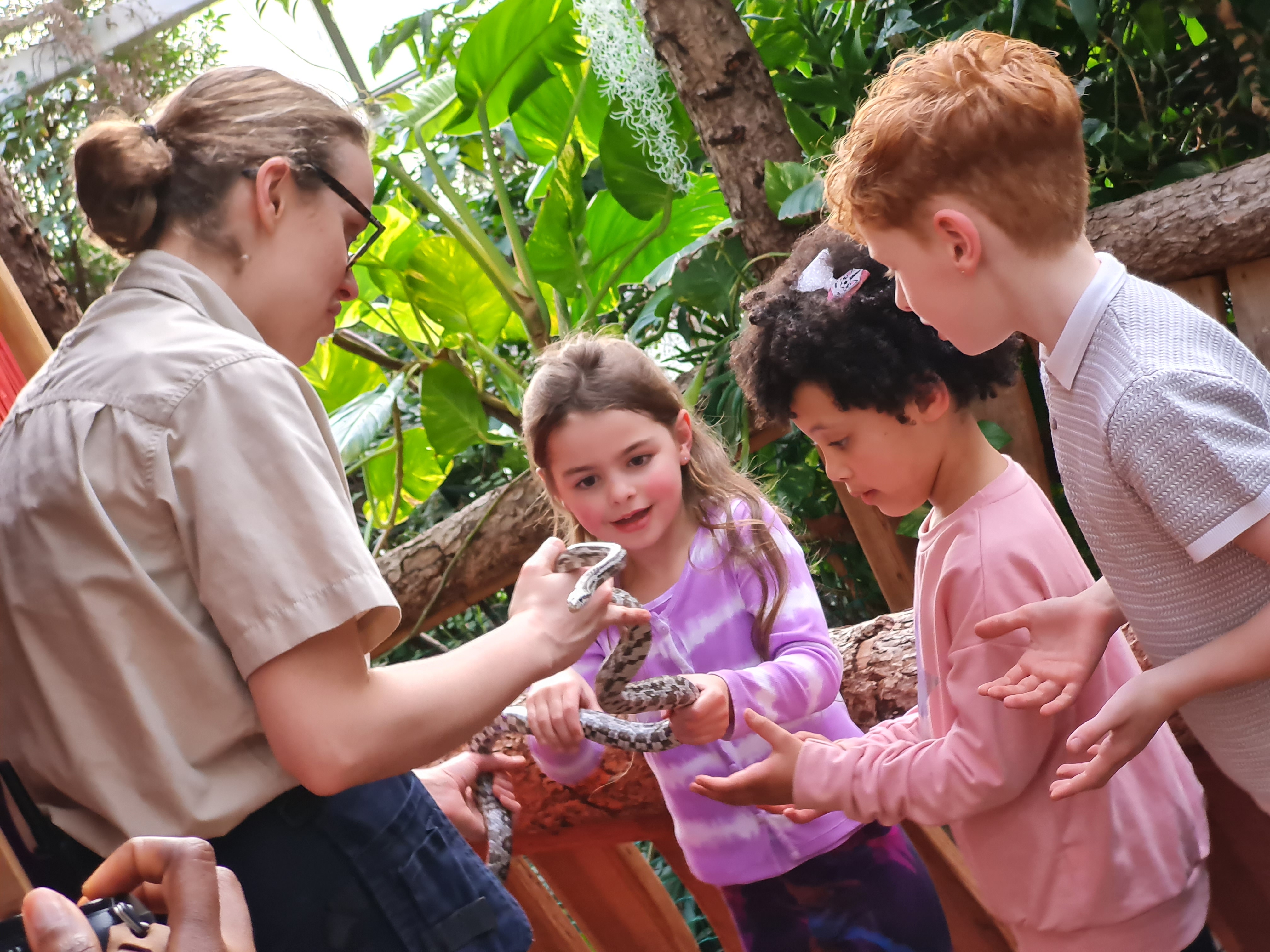 Plantasia Tropical Zoo, located in the heart of Swansea City Centre, has been awarded full membership of the British and Irish Association of Zoos and Aquariums (BIAZA).

It follows a four year investment and development of the attraction, in its commitment to achieve the highest welfare for its species.

BIAZA is the professional body representing the best zoos and aquariums in the UK, with the organisation supporting more than 100 zoo and aquarium members. BIAZA’s mission is to lead its members to achieve the highest standards of animal care and welfare in zoos, aquariums, and in the wild.

This exclusive membership gained by Plantasia Tropical Zoo, an indoor rainforest set in a giant glass pyramid, makes it one of only five zoos in Wales to be accepted by BIAZA, ensuring that the zoo can collaborate far and wide to further conservation efforts and environmental education.

Mentorship from Folly Farm following Plantasia’s Provisional membership status last year, resulted in changes being implemented with regard to husbandry practices and record keeping, in order to attain the high standards required for full BIAZA membership.

Full efforts continue to be made by the team to operate above and beyond the legal requirements of a zoo, in order to maintain the coveted status which is monitored by BIAZA on an annual basis.

On the recent announcement, Anthony Williams, Attraction Manager of Plantasia Tropical Zoo said, “Plantasia is more than just a place to come and see the animals and plants. As well as providing a fun day out for guests, our BIAZA membership demonstrates our dedication to conserving the natural world, and to educate our visitors to do the same.”

Plantasia Tropical Zoo, one of leisure operator Parkwood Leisure’s visitor attractions, has over 40 different species of animal, with more than 10% of those having some conservation concern.

The zoo already participates in the EEP (European Endangered Species Programme) and collaborates with a variety of zoological institutions for the protection and conservation of species. Plantasia Tropical Zoo also breeds several vulnerable and endangered species which include reptiles, amphibians, and fish. This year alone has seen the birth of 6 critically endangered Egyptian Tortoise babies.

“The accolade of achieving full BIAZA membership is incredible. Plantasia Tropical Zoo will now be part of a National network of like-minded institutions to work with to achieve our conservation and education goals” said Michael Colwill, Zoo & Education Manager.

“By being accepted on a full membership status, it will enable Plantasia Tropical Zoo to achieve much higher standards of animal welfare, education, conservation and scientific research. Hopefully this achievement is just the start of many great things to come.”

Swansea Council cabinet member Robert Francis-Davies said: “I congratulate all at Plantasia for being awarded full BIAZA membership. This shows the venue’s commitment to high standards, conservation and education.

“Our successful partnership with Parkwood – including a successful £1.1m investment in Plantasia – is delivering a great experience for customers; working with staff there we continue to make Plantasia the best it can be.”