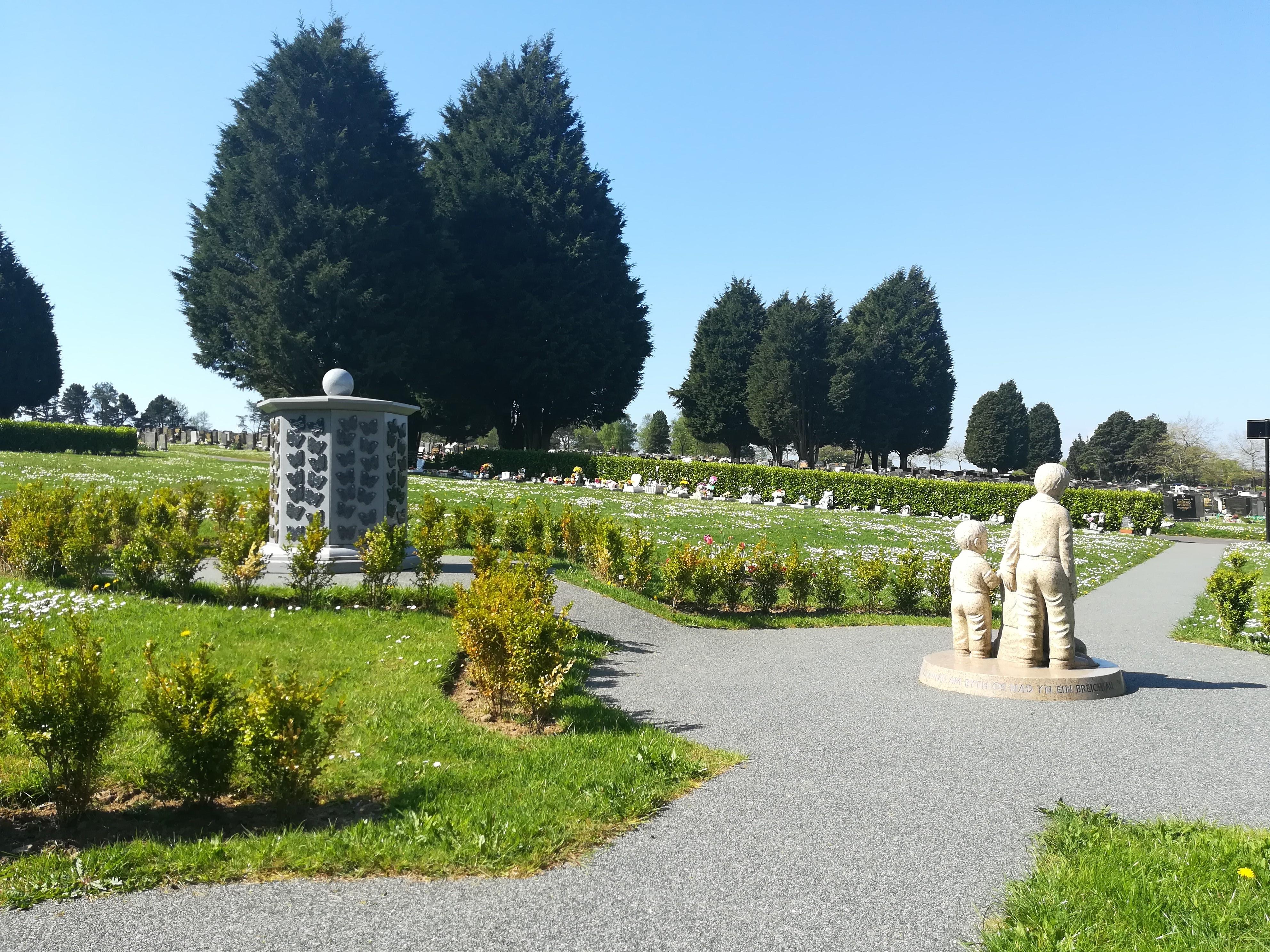 Families in Swansea are being invited to a special ceremony on Sunday 11 September to commemorate the loss of babies before or during child birth.

Swansea Council opened a new Babies Garden at Morriston Cemetery in 2016 so that families could have a special place for young babies to have a resting place.

The Garden of Remembrance was developed after the original garden which was created in 1915, when Morriston Cemetery opened, became full.

Between 2016 and now, the Council has completed a number of improvements to the current garden in order to provide a place a peace and tranquillity for dozens of families that have gone through the painful experience of losing a child before or during birth.

Now the improvements have been completed, the Council has organised the service which will be an official opening and blessing of the garden in honour of the babies buried there now and in the future.

David Hopkins, Cabinet Member for Corporate Services and Performance, said: “It will be an occasion where families and friends who have suffered the loss of a baby can come together to join in this special dedication.

“We know how the Babies Garden can help provide some comfort for many families that have experienced this loss, so we hope to see as many people as possible attending the service.”

The event will also be attended by the Lord Mayor of the City and County of Swansea, Councillor Mike Day.

Further guests will include Reverend Canon Hugh Lervy, Heather Jane Coombes from the Stillbirth and Neonatal Death Charity (SANDS) and also representatives (past and present) from the Specialist Bereavement Support team at Singleton hospital.

The Special Service of Dedication will take place at 12 noon on Sunday September 11 at Morriston Cemetery. Any enquiries should be made to the Registrar, Bereavement Services, Civic Centre, Swansea SA1 3SN or by telephoning 01792 636481.