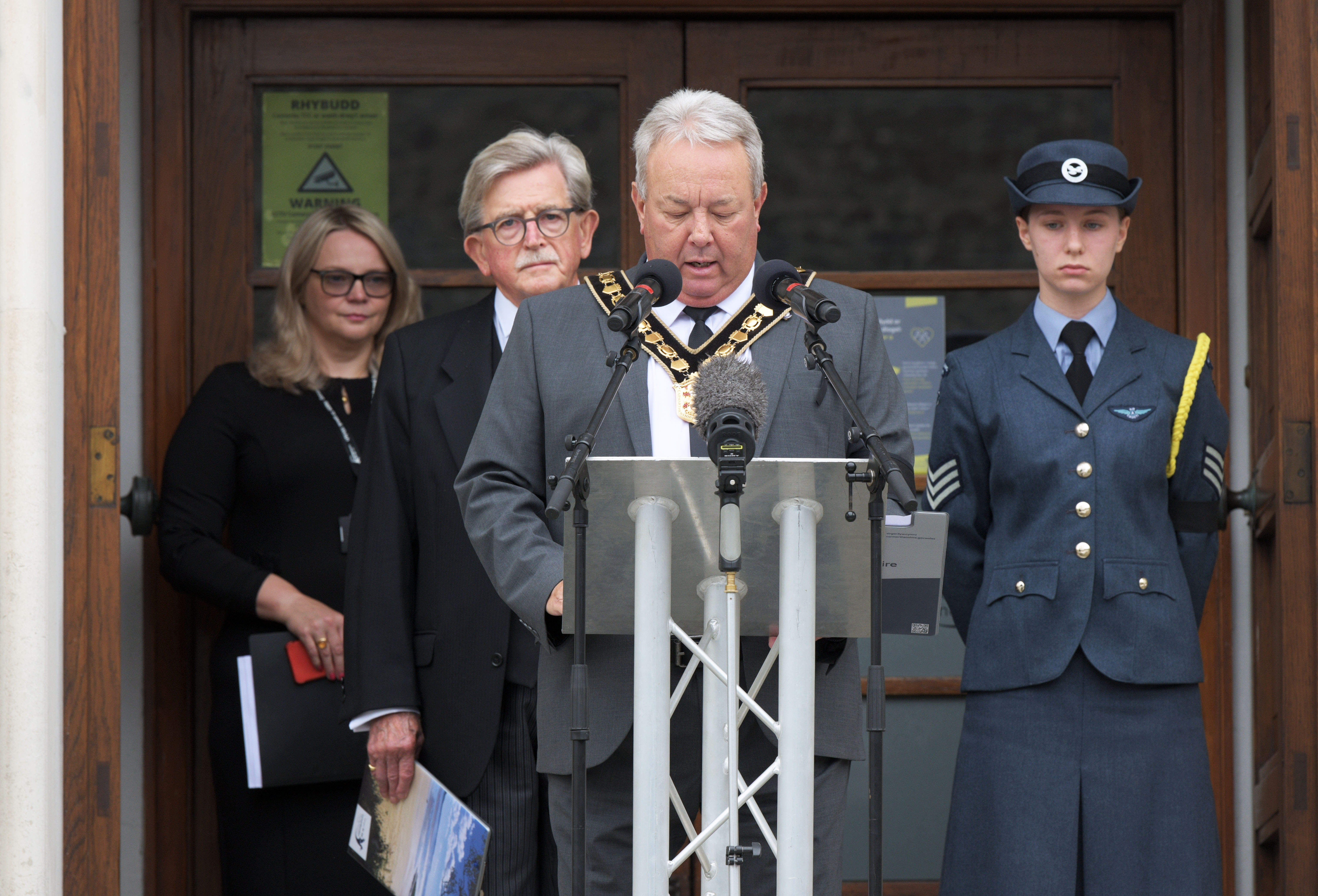 A Proclamation of the new Sovereign was read by the Chair of Carmarthenshire County Council, Cllr Rob Evans on the steps of County Hall, Carmarthen at 12.45pm on Sunday (September 11).

It was followed by a Welsh language proclamation and read by the Mr David Parry Williams, Deputy Lord-Lieutenant of Dyfed.

Civic dignitaries, and members of the public were also in attendance.

Following the proclamation, at 1pm, all flags at Carmarthen’s County Hall, Llanelli Town Hall and Ammanford Town Hall, and Blue flags at Cefn Sidan Beach and Pendine Beach were returned to half-mast.

They will remain and half-mast until the day following the HM Queen Elizabeth II’s funeral.

From stamps and coins to passports and police helmets: What will change following the death of the Queen